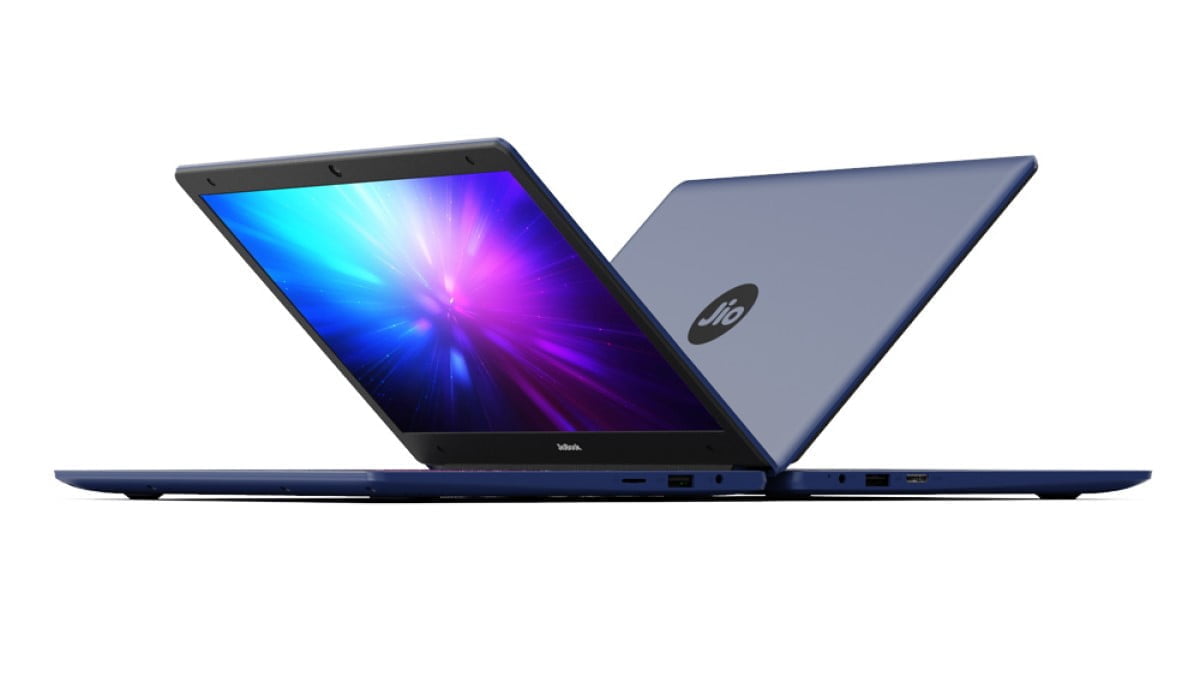 Reliance Jio has launched its first affordable laptop, the JioBook, for all consumers in India. The laptop features an 11.6-inch HD display, Qualcomm Snapdragon 665 SoC, 4G connectivity, 5000mAh battery, stereo speakers, and runs on JioOS out of the box. According to the company, JioBook users will have to visit Jio Store with ICCID (SIM number) to complete their KYC and select their preferred internet plan to activate the 4G connectivity on the laptop.

The JioBook features an 11.6-inch HD (1366 x 768 pixels) TN display with a 16:9 aspect ratio. The laptop is powered by an octa-core Qualcomm Snapdragon 665 chipset paired with Adreno 610 GPU, 2GB of LPDDR4X RAM, and 32GB of eMMC onboard storage. It also supports a microSD card of up to 128GB via a dedicated slot for expandable storage.

JioBook comes with 1.0W stereo speakers and a 2.0-megapixel front-facing camera for making video calls. The laptop packs a 5000mAh Lithium-ion battery which is claimed to deliver over 8 hours of battery life on a single charge. Connectivity options include dual-band Wi-Fi 802.11 a/b/g/n/ac, Bluetooth 5.0, 4G LTE (B3, B5, and B40 bands), a 3.5mm headphone jack, one HDMI mini port, and two USB ports.

The laptop runs JioOS out of the box and comes pre-loaded with JioStore to allow users to download and install apps. Further, it also includes Microsoft 365 apps such as Word, Excel, PowerPoint, Microsoft Teams, and OneNote. The JioBook weighs 1.2 kilograms.

The JioBook is priced at Rs. 15,799 and is available to all customers via the Reliance Digital e-store in India. It comes in a Jio Blue color option. To recall, the laptop was listed for Rs 19,500 on the government e-marketplace (GeM) website for government department employees only. The JioBook available on the Reliance Digital website comes at a much lower price for consumers.

Reliance Jio is working with Chinese original equipment manufacturer (OEM), Emdoor Digital Technology Co., Ltd., on the upcoming JioBook laptop which will feature ARM-based Windows 10, according to a report by GSMArena.

Reliance Jio: Earlier reports had suggested that the laptop by Jio may run a customized Android skin, dubbed as the ‘JioOS’. It was reported that the device may be powered by Qualcomm’s 11-nm based Snapdragon 665 chipset.

JioBook from Reliance Jio! Android powered with Qualcomm chipset. LTE and Over 70% sourced in India! Targeting both B2B and B2C going after masses again. No launch date yet. But soon.
2GB + 32GB - Qualcomm based - like a smartphone in a laptop format - bundled with 30GB - optimised with Microsoft. - so teams will work! Mostly catered to B2B!