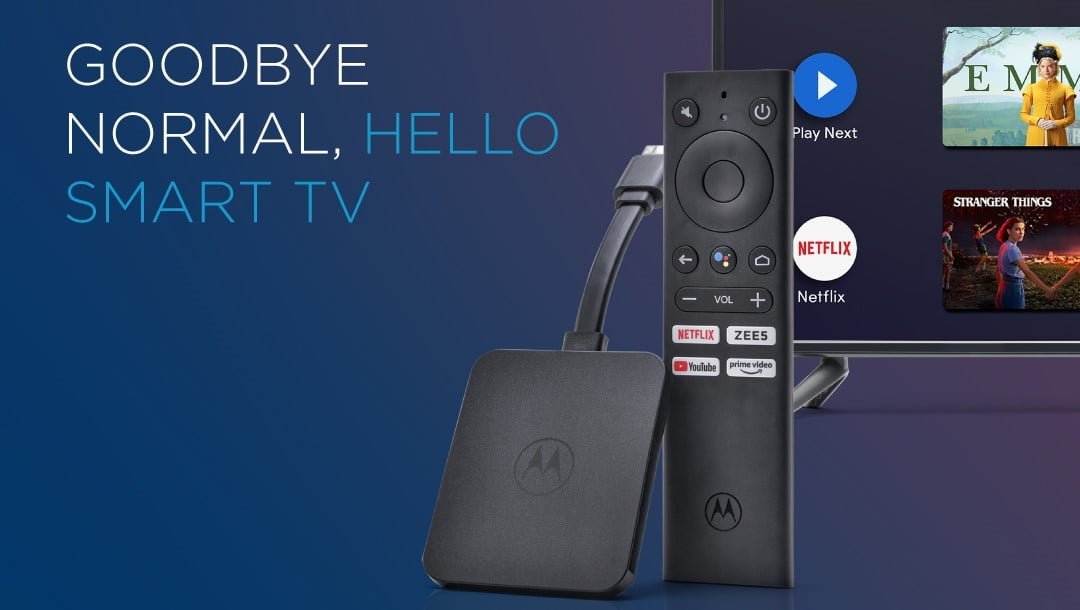 After launching media streamers under Nokia and MarQ brands, Flipkart has launched a 4K HDR media streamer under Motorola in India. The device is priced at Rs 3,999 and will go on sale on Flipkart from March 15. This device also connects to the TV via HDMI port and allows users to stream content from various OTT platforms, similar to the Mi TV Stick and the Amazon Fire TV Stick.

The Motorola 4K Android TV Stick is equipped with a quad-core 2 GHz 64-bit Cortex A53 processor and Mali G31 GPU paired with 2 GB RAM and 16 GB of internal storage. The device runs Android Pie (9.0) OS out of the box and comes with hotkeys for popular streaming apps such as Netflix, Amazon Prime Video, Zee5, and YouTube.

The Motorola 4K Android TV Stick is priced at Rs 3,999 and will be available for purchase on Flipkart from March 15. For now, the device is exclusive to the Indian market like other Flipkart products with branding partnerships.

Why not latest Android version on Motorola brand?