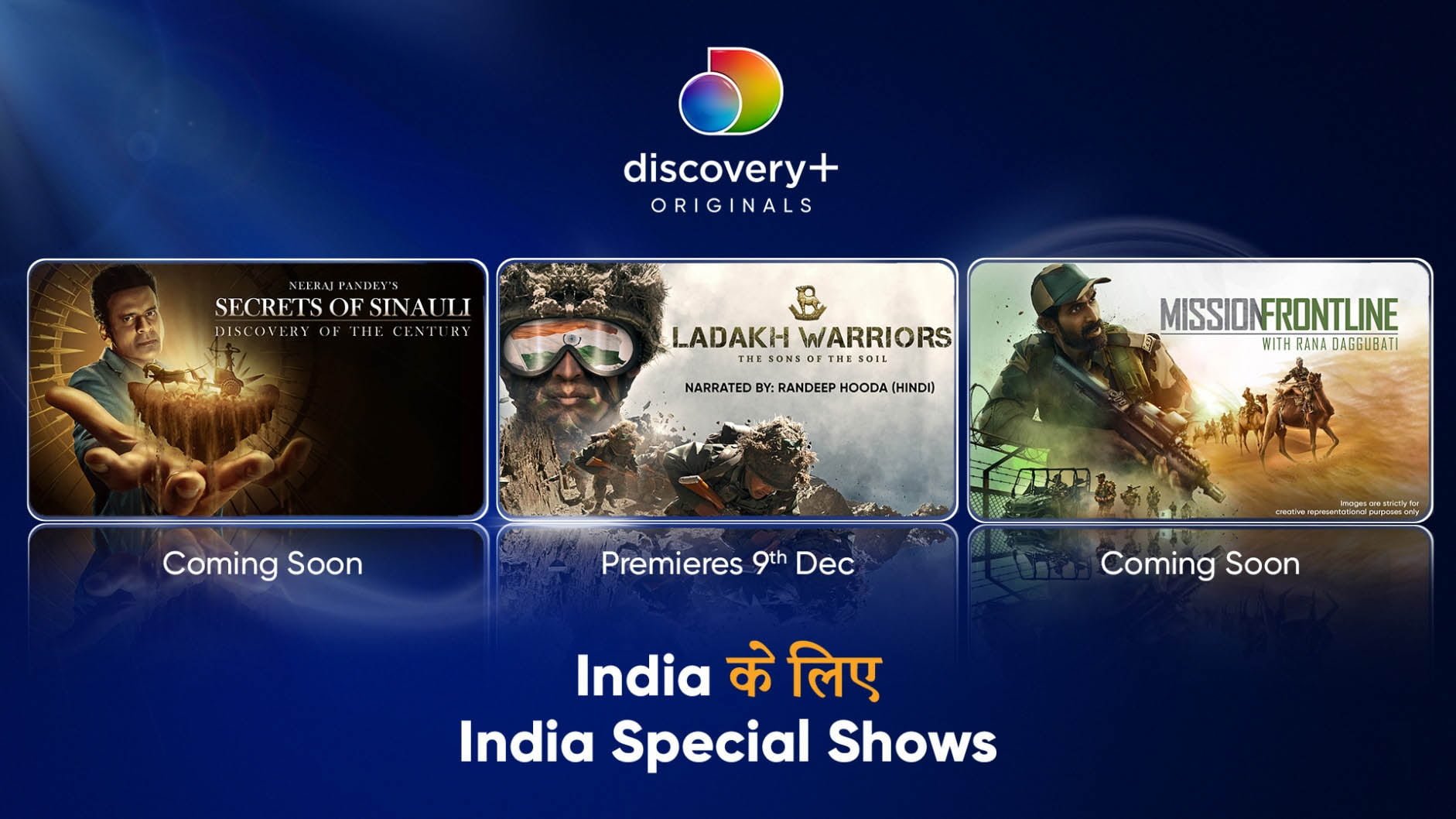 Discovery+ is all set to up the ante with the foray into original programming for the India market launching a slew of exciting originals starting from 9th December, 2020 including shows such as Mission Frontline, Ladakh Warriors: The Sons of the Soil, and Secrets of Sinauli: Discovery of the Century.

Discovery+ had launched in India back in March adding over 600 marquee shows across 60 different sub-genres including survival, biopics, mystery, lifestyle, nature, science, military, crime, investigation, adventure, food, travel to name a few. The first half of 2021 will see Discovery+ have the largest ever content offering in the real-life entertainment and learning space with a wide range of more than 200 new and exclusive (local and global) titles to further strengthen its content offerings.

Discovery+ will also launch other titles such as Amma & Appa, The Indian Dream Hotel, The Ganges with Sue Perkins, Aerial India as well as exclusive launches courtesy of BBC including A Perfect Planet featuring Sir David Attenborough, The End of The Storm, The Impossible Row and the latest seasons of Top Gear and Gold Rush among many more.

Discovery+ in India is also rebranding itself to commemorate the global launch of Discovery+ keeping in line with the global roll-out by switching to the brand-new logo. Discovery+ will be home to premium titles from the world of Discovery, BBC, Vice, Endeavour, Fremantle, ITV, TVF International, and various other global and local content which will be offered in 8 languages across genres including Hindi, English, Tamil, Telugu, Malayalam, Kannada, Bengali & Marathi.

Discovery+ launching is US on 4th of January starting at $4.99 per month. Ad Free version will cost $6.99

Discovery+ launching is US on 4th of January starting at $4.99 per month. Ad Free version will cost $6.99

Very bold of them to launch in India before America.