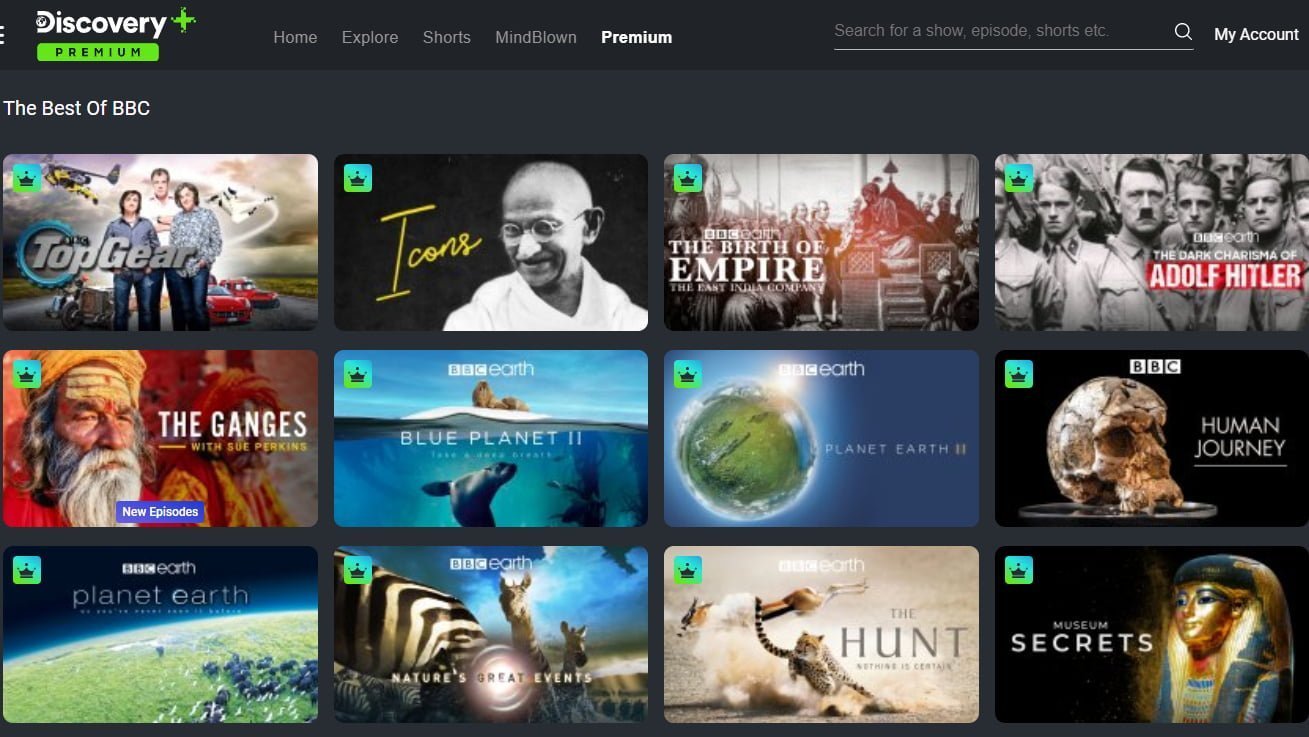 In August, OnlyTech reported that Discovery+ onboarded BBC Earth content. BBC Studios and Discovery made an official announcement regarding the content deal spanning 34 titles across genres.

First of these titles is Icons, featuring the historical figures of the 20th century like late Mahatma Gandhi, Nelson Mandela, Albert Einstein, and Charlie Chaplin among many others. Other titles include Top Gear, Planet Earth I & II, and Blue Planet I & II that are narrated by Sir David Attenborough. Natural history titles include The Birth of Empire – The East India Company, The Dark Charisma of Adolf Hitler, The World’s War: Forgotten Soldiers of Empire, The Ganges with Sue Perkins, Ancient Worlds, and Pompeii – Secrets of The Petrified Bodies.

“We’re very excited that our content has found a new home in India with Discovery Plus. From the very beginning, our content’s appeal has truly transcended borders, and viewers will relish the magnificence of shows like Planet Earth and Blue Planet while enjoying our new offerings such as Icons, as we develop newer and more exciting content.”, said Stanley Fernandes, Vice President of Distribution (South Asia), BBC Studios  in his prepared statement.

“Our partnership with BBC reaches a new high with this sizeable launch of premium BBC specials on Discovery Plus. We have always aimed at providing our passionate fans with content that both entertains and informs, and this new collection drives that ambition even more strongly. The new genres of History and Nature that users will be able to access from the home page of Discovery Plus this week onwards, is guaranteed to delight our core target audience of lifelong learners.”, said Issac John, Business Head – Digital (South Asia), Discovery.

India is supposed to be the playground for Discovery to form its strategy for its global streamer which is currently in the planning stage. Discovery’s CEO David Zaslav stated that the company was putting finishing touches aggregated direct-to-consumer product into the market in the US and international markets. The company is scheduled to reveal details regarding the global streaming service in an investor meet like what Disney did with Disney+ a year ago. Discovery+ costs INR 299 annually in India.