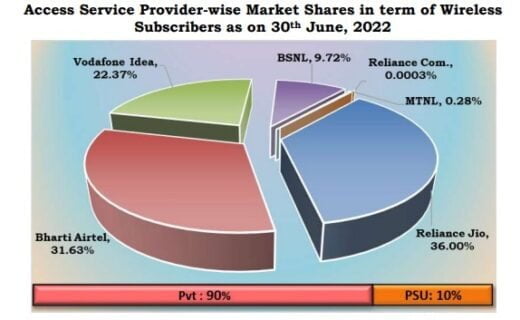 Airtel and BSNL were the only operators to report a positive subscriber growth in the last month of the fourth quarter. The overall wireless subscriber base decreased sharply by 12.88 million. 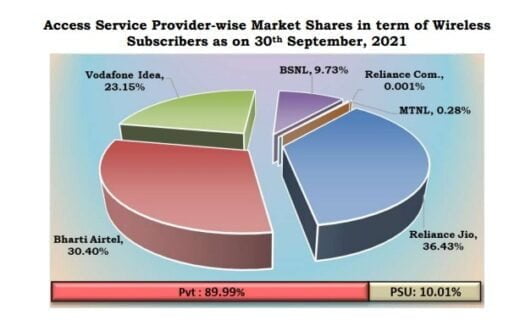 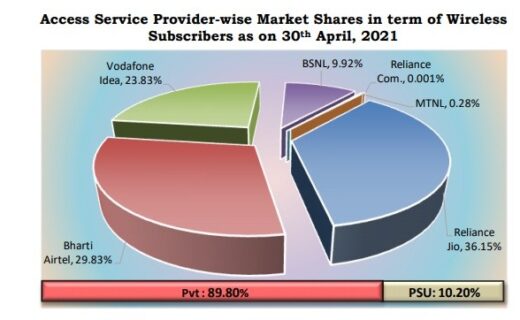 Jio leads in both wireless and wired subscriber additions in April 2021: TRAI Report

Though Jio added the highest number of subscribers in April, Airtel still has more active monthly users than Jio as per TRAI VLR data. 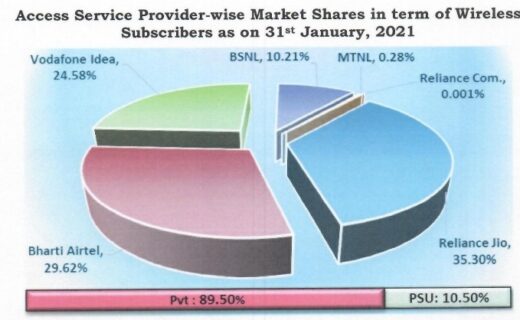 The increase in telephone connections primarily came on the back of wireless connections increasing in both Rural and Urban areas through Private telephones. 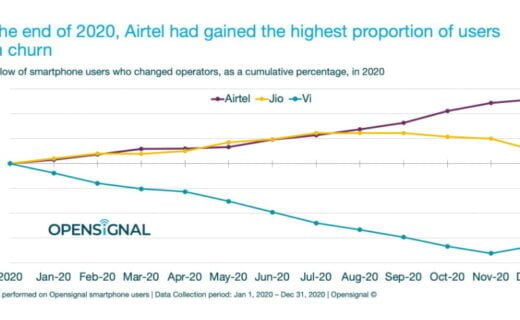 Airtel emerged as the net beneficiary of subscriber churn in 2020: OpenSignal Report

It turns out that Vi lost the most number of subscribers and most of these decided to port to Airtel network while Jio had a flattish curve with respect to churn subscriber additions. 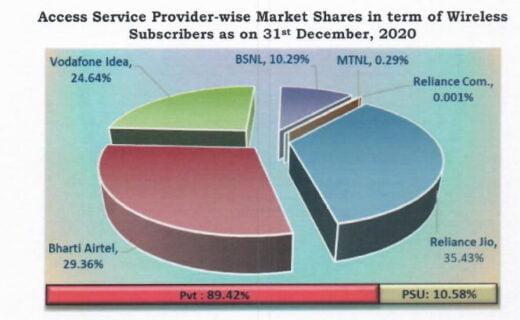 In the wireline connections, the private operators narrowed the gap with the PSU operators, indicating an imminent shift of market dominance.