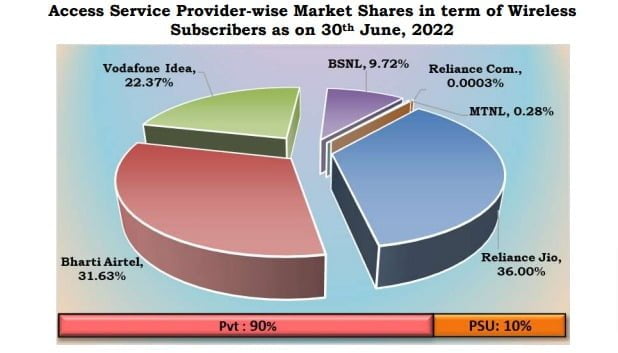 The telecom regulator has released the subscription details of operators for the month of June 2022. Reliance Jio ended the second quarter with a strong addition of 4.22 million wireless and 0.2 million wireline subscribers, stealing a march over the other operators in both segments. This also indicates that Jio has completed the cleanup of low-value inactive connections and is now showing healthy new subscriber additions on the back of an expanding smartphone user base.

DoT allocates spectrum won in auction to telcos, when can we expect 5G rollouts to begin?