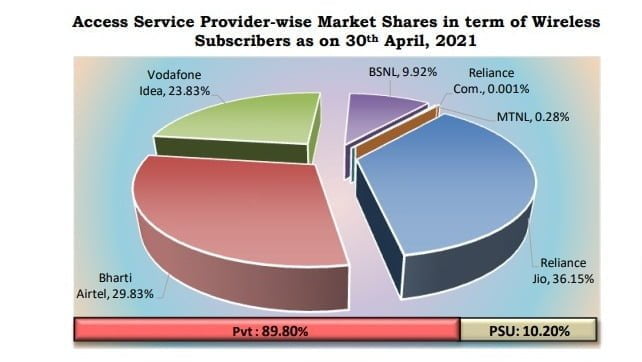 The start of the second quarter of 2021 saw Reliance Jio regaining its mojo in wireless subscriber additions with a clear lead over other operators. Though Jio added the highest number of subscribers in April, Airtel still has more active monthly users than Jio as per TRAI VLR data. Vodafone Idea and BSNL both continued to lose subscribers ceding ground to Airtel and Jio and fueling the fear of the market heading towards a potential duopoly.

Though Jio added the highest number of subscribers in April, Airtel still has more active monthly users than Jio as per TRAI VLR data.