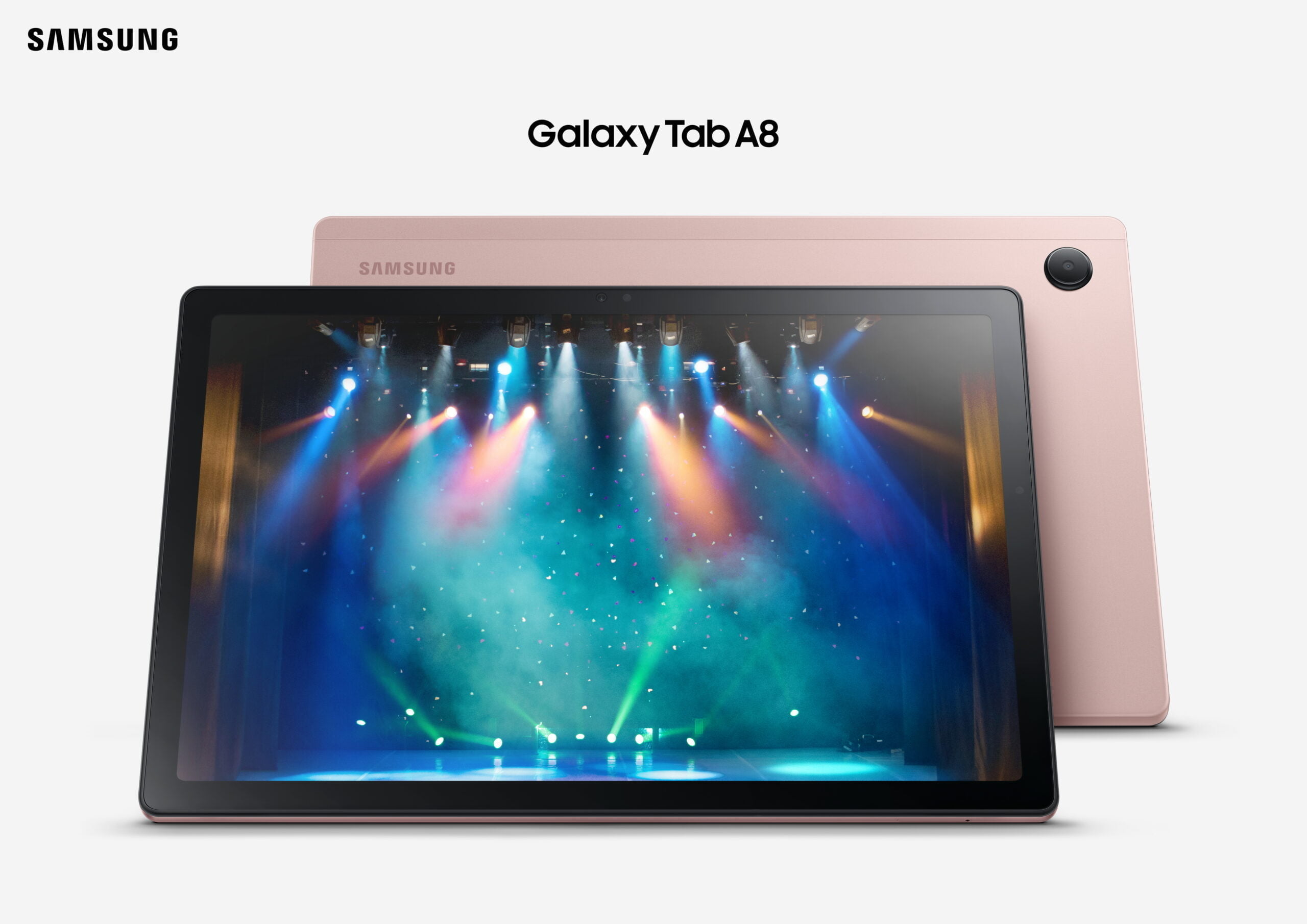 South Korean manufacturer Samsung has launched its Galaxy Tab A8 in India on Thursday. It is the latest big-screen device from the brand which was initially unveiled in December last year.

The device features an 8MP primary rear camera and a 5MP front-facing camera. It is powered by an octa-core Unisoc T618 processor based on a 12nm process and clocked at 2.0GHz paired with up to 4GB of RAM and up to 128GB of onboard storage which can be expanded up to 1TB via a microSD card slot.

It also has a quad-speaker setup with Dolby Atmos support along with an accelerometer, compass, gyroscope, light, hall sensor, GPS, GLONASS, Beidou, and Galileo. There is a 7,400mAh battery that supports charging at 15W. Connectivity options include 4G LTE, Wi-Fi 5, Bluetooth v5, USB Type-C port, and a 3.5mm headphone jack.

It will be available to purchase from January 17th onwards via Amazon, Flipkart, Samsung e-store, and authorised offline retail stores across the country. As a launch offer, buyers will get Rs. 2,000 cashback on using ICICI Bank cards and also receive a Book Cover worth Rs. 4,499 only for Rs. 999.

It will be available to purchase from January 17th onwards via Amazon, Flipkart, Samsung e-store, and authorised offline retail stores across the country.

It will be available to purchase from January 17th onwards via Amazon, Flipkart, Samsung e-store, and authorised offline retail stores across the country.