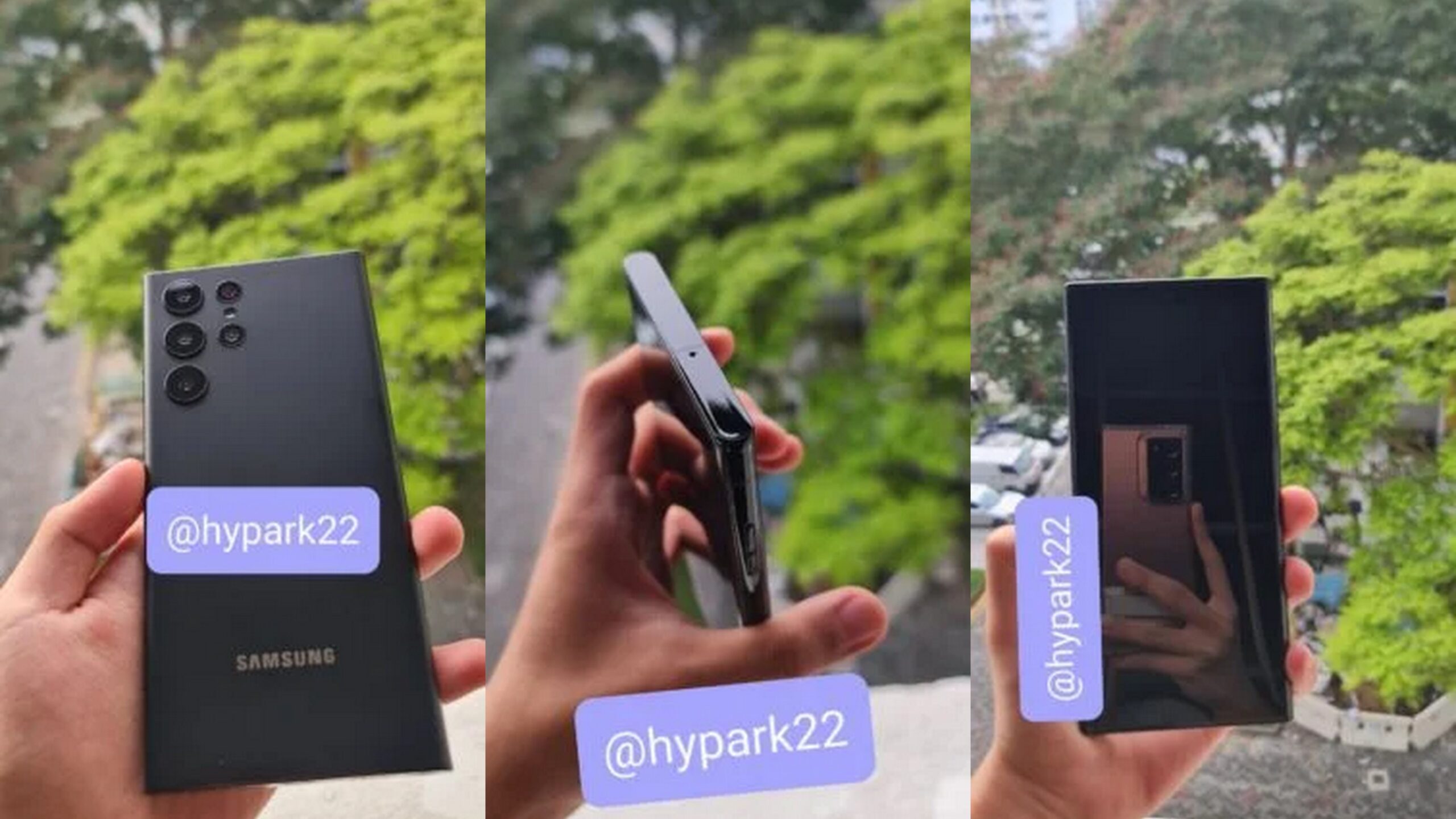 Samsung Galaxy S22 which is widely rumoured to be launched in February 2022 has had pre-launch leaked features for all three variants S22, S22+ and S22 Ultra. Now we have our first look at the Galaxy S22 Ultra in its black variant courtesy of leaked images shared by Twiter tipster hypark22.

Though it is evident that these are the images of dummy units of the smartphone, it is still great to have a look at the upcoming smartphone in its flesh. Samsung has completely moved away from the camera island-like design element, something that was introduced with the Galaxy S20 Ultra. The Galaxy S22 Ultra features an LG Velvet-like design.

The Galaxy S22 Ultra has squared-off edges and a boxy look. The phone has a large Super AMOLED Infinity-O display with thin bezels, an S Pen with a built-in slot, and a USB Type-C port. The device has a matte finish on the rear, resisting fingerprints from appearing.

Samsung will supposedly launch the Galaxy S22 Ultra in Black, Burgundy, Dark Green, and White. Going by previous leaks and reports, the smartphone features a 6.8-inch display with a 120Hz variable refresh rate, HDR10+, stereo speakers, and an IP68 rating for dust and water resistance. Depending on the market, the phone features the Exynos 2200 or Snapdragon 8 Gen 1 processor.

Samsung has reportedly equipped its next-generation flagship smartphone with a revised 108MP primary camera that captures higher details, thanks to its AI-powered detail enhancement mode. It also features a 12MP ultrawide camera, two 10MP telephoto cameras (3x and 10x optical zoom), and a 40MP selfie camera. The device is powered by a 5,000mAh battery and supports 45W fast charging.

Display size is shrinking, glass is becoming plastic (S22+ also), charger already removed. What else will get removed this time, I wonder???

Display size is shrinking, glass is becoming plastic (S22+ also), charger already removed. What else will get removed this time, I wonder???