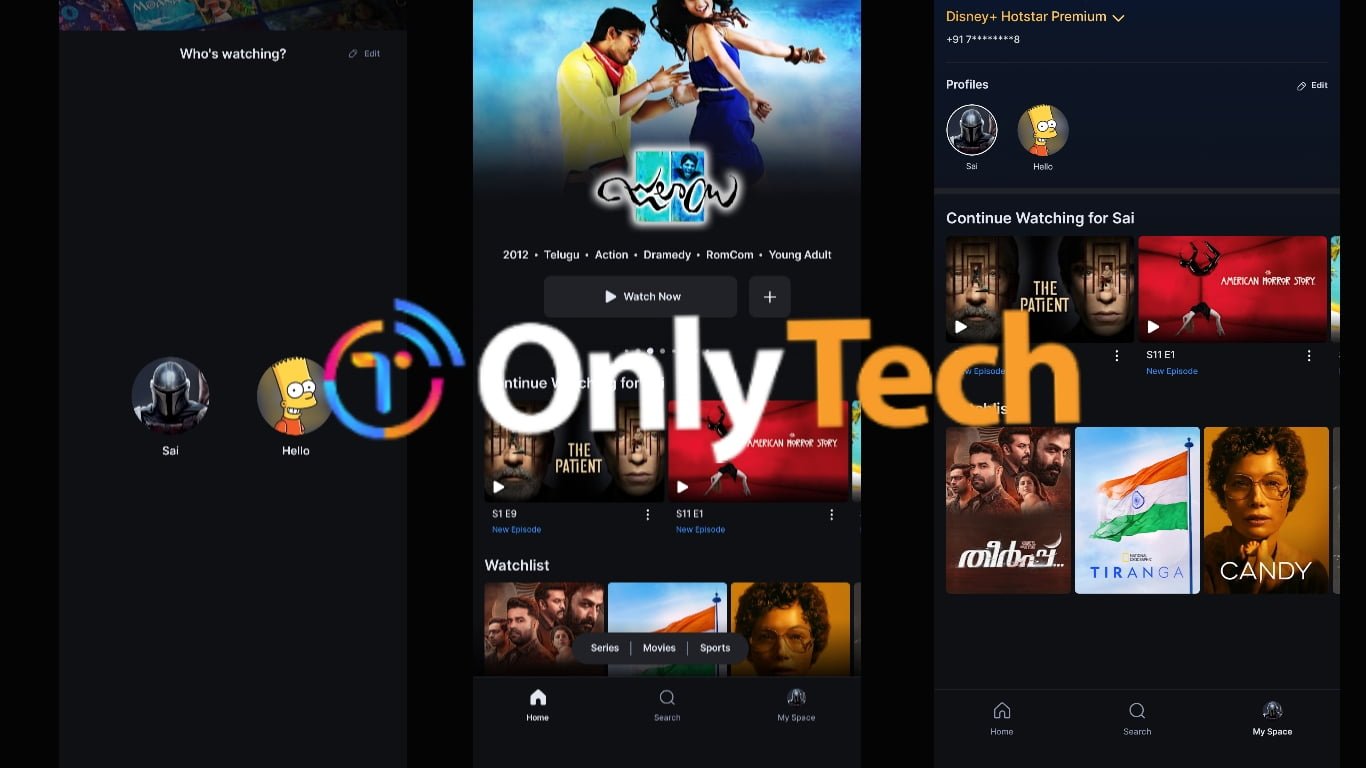 Phasing out the existing application codenamed “Rocky”, Disney+ Hotstar is rolling out the Hotstar X application that is designed to support Disney’s streaming operations in the Middle East, Africa, South East Asia, and SAARC regions.

The newly written application introduces the missing features such as profiles and revamped user interface that allows a more immersive experience with the video player which now can navigate through the episodes and seasons of the shows you are watching. Users are allowed to create different profiles with the ability to lock them using a PIN.

The app however doesn’t support multiple features that were available in the earlier version. The most important of them all is the unavailability of curated pages for languages, genres and channel hubs. Compared to the Disney+ application, the Hotstar X version also doesn’t have the ability to curate collections as well. The downloads option is disabled during the beta testing as well.

We at OnlyTech tested the Hotstar X version in May 2022, when it was first launched in South Africa. As the app was still in the development stage back then, there were multiple issues that users were complaining about, including the app’s availability on gaming consoles and content playback, among others. Since then, there have been multiple updates improving the playback and user interface among others.

The Hotstar X version launched in the other regions has support on all the currently supported devices. The app has recently launched on Xbox and was promised to be supported on PlayStation soon. Currently, beta testing has started on Android devices in India.

These numbering resources have been allocated to Jio, Airtel, and Vi recently

I do think that we are also gonna get a new rebranded disney+hotstar application.

Where did you get this?

Where did you get this?

It's in the help section of our disney+hotstar application.