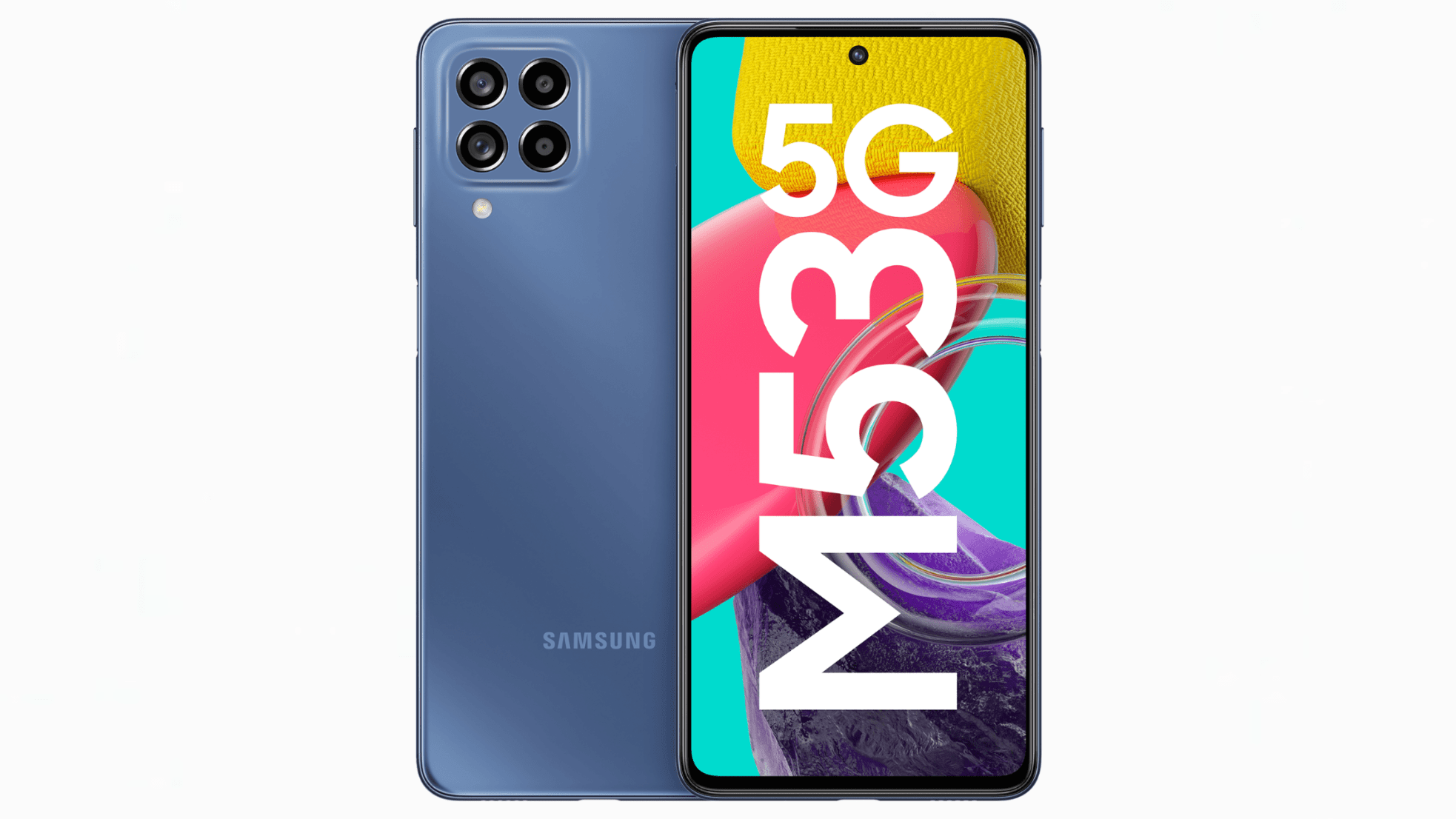 Samsung has expanded its very popular M-series smartphones lineup in India with the launch of the latest Galaxy M53 5G. It is a successor to the Galaxy M52 which was introduced last year and first model in the M-series to feature a 108-megapixel camera.

Under the hood, it is powered by an octa-core MediaTek Dimensity 900 processor coupled with a Mali-G68 MP4 GPU. It has up to 8GB of RAM and 128GB of internal storage which is expandable up to 1TB via a microSD card. It also offers up to 8GB of additional virtual RAM using unused storage space.

It packs a 5,000mAh battery pack that supports 25W fast charging. For security, there is a side-mounted fingerprint sensor. Connectivity options on the handset include 5G, 4G LTE, dual-band Wi-Fi, Bluetooth v5.2, GPS/ A-GPS and a USB Type-C port.

The Samsung Galaxy M53 5G is priced at Rs. 23,999 for the 6GB + 128GB storage model and the 8GB + 128GB variant will cost Rs. 25,999 including an Rs. 2,500 instant discount for purchases through ICICI Bank credit card and EMI. It will available in Blue and Green colour options with the first sale at 12 pm on April 29 via Amazon, Samsung’s official website and authorised retail stores.

Seems a good one. What's your review guys?

Seems a good one. What's your review guys?