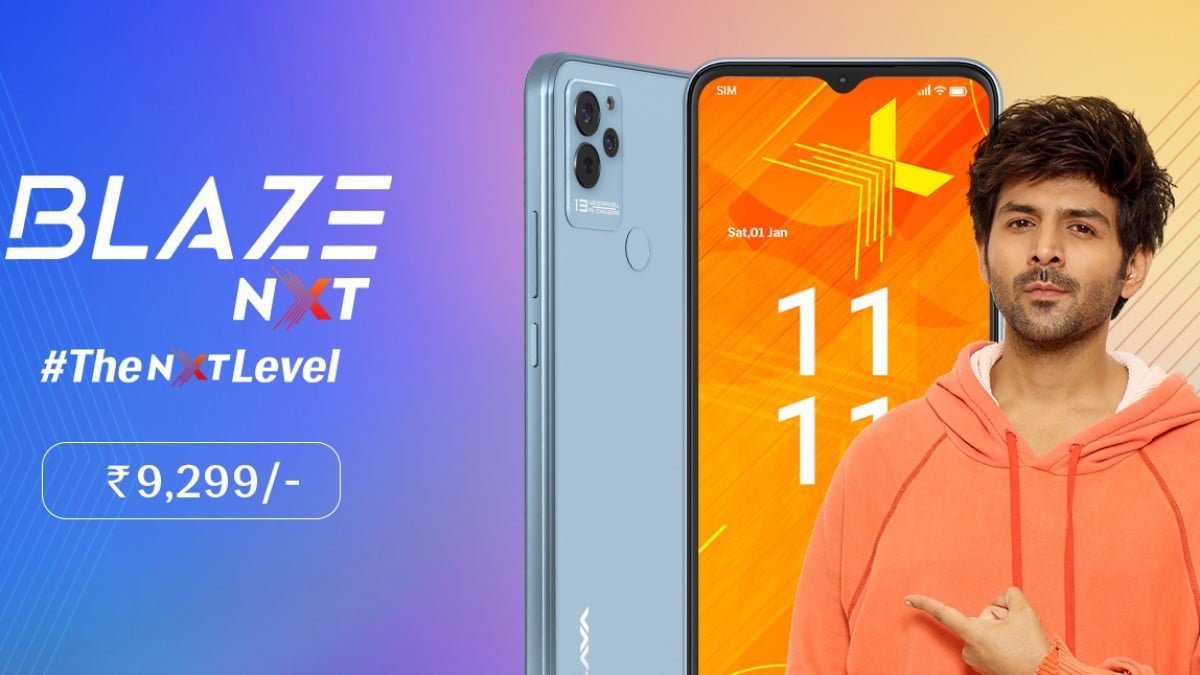 The Lava Blaze Nxt features a 6.5-inch HD+ (1600 × 720 pixels) IPS display with a 20:9 aspect ratio. The phone is powered by an octa-core MediaTek Helio G37 12nm chipset paired with IMG PowerVR GE8320 GPU, 4GB of RAM, and 64GB of onboard storage. It also supports microSD cards of up to 256GB via a dedicated slot for expandable storage.

In terms of optics, the Lava Blaze Nxt sports a triple rear camera setup of a 13-megapixel primary sensor with f/1.8 aperture, a 2-megapixel depth sensor, and a VGA camera. For taking selfies and making video calls, the phone has an 8-megapixel sensor on the front. Lava Blaze Nxt is equipped with a non-removable 5000mAh battery that supports 10W wired charging.

The Lava Blaze Nxt is priced at Rs. 9,299 for the sole 4GB RAM and 64GB storage variant. It comes in Glass Green, Glass Blue, and Glass Red color options. The phone will be available to purchase via the Amazon India website, Lava e-store, and retail stores starting December 2, 2022. The company is also providing free doorstep services for its customers.

The Lava Blaze Nxt is priced at Rs. 9,299 for the sole 4GB RAM and 64GB storage variant. It comes in Glass Green, Glass Blue, and Glass Red color options.