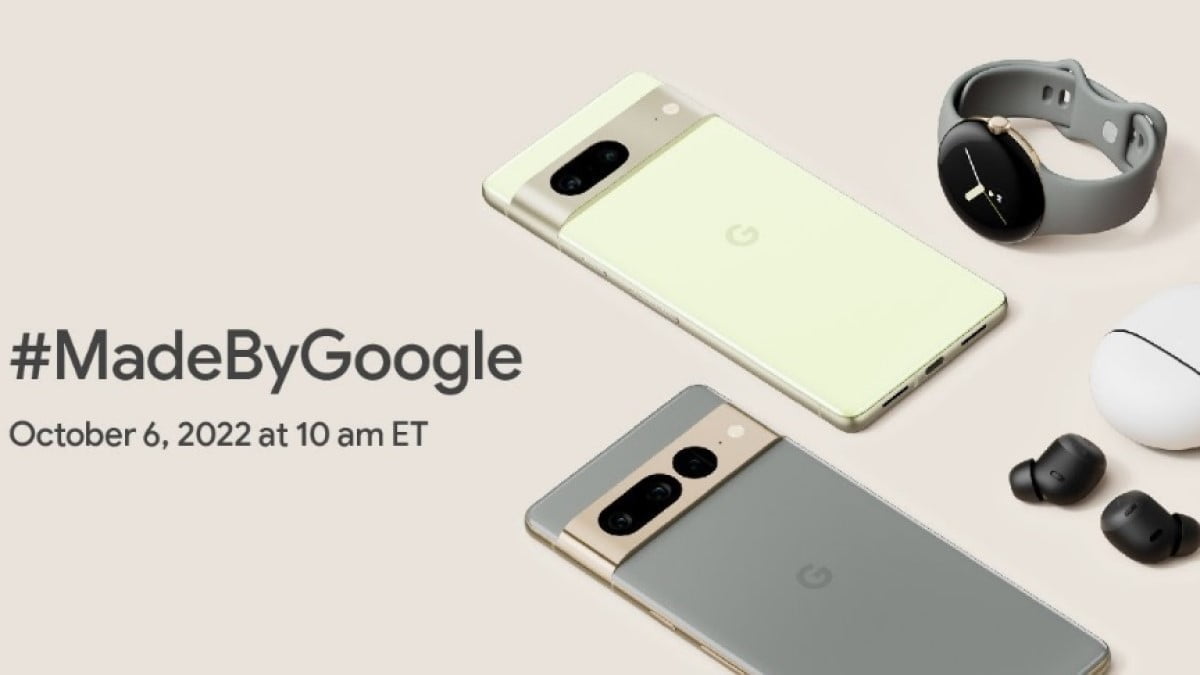 Google has announced that it will host its fall hardware event on Thursday, October 6, 2022, at 10 AM ET (7:30 PM IST). The search giant will officially introduce its latest Pixel devices, including Google Pixel 7, Google Pixel 7 Pro smartphone, and the Google Pixel Watch. Google will also announce additions to the Nest Smart home portfolio.

The live event will take place in Williamsburg, Brooklyn, with limited in-person attendees, including press members. Users in the United States, Great Britain, and Australia will be able to watch the live stream at https://GoogleStore.com/events, while people outside of one of those countries can watch the live stream on the company’s official YouTube channel.

Previously, the company revealed the new Pixel devices during its Google I/O event in May 2022. Google Pixel 7 and Pixel 7 Pro will run the Android 13 operating system out of the box and include the next generation of the Google Tensor chipset.

According to Google, the Pixel Watch will be the first smartwatch designed and built by Google. It will come with a new reimagined WearOS experience and will work with all Pixel and Android devices, including the Pixel Buds Pro and Pixel Buds A-Series earbuds.

Google Pixel 7, Google Pixel 7 Pro, and the Google Pixel Watch will go on sale on the same day via Googlestore.com in select countries, and customers in New York City will be able to visit the offline Google stores to check the newly launched devices in person.

The event will take place in Williamsburg, Brooklyn, with limited in-person attendees, and users can watch the live stream via Google's official YouTube channel.