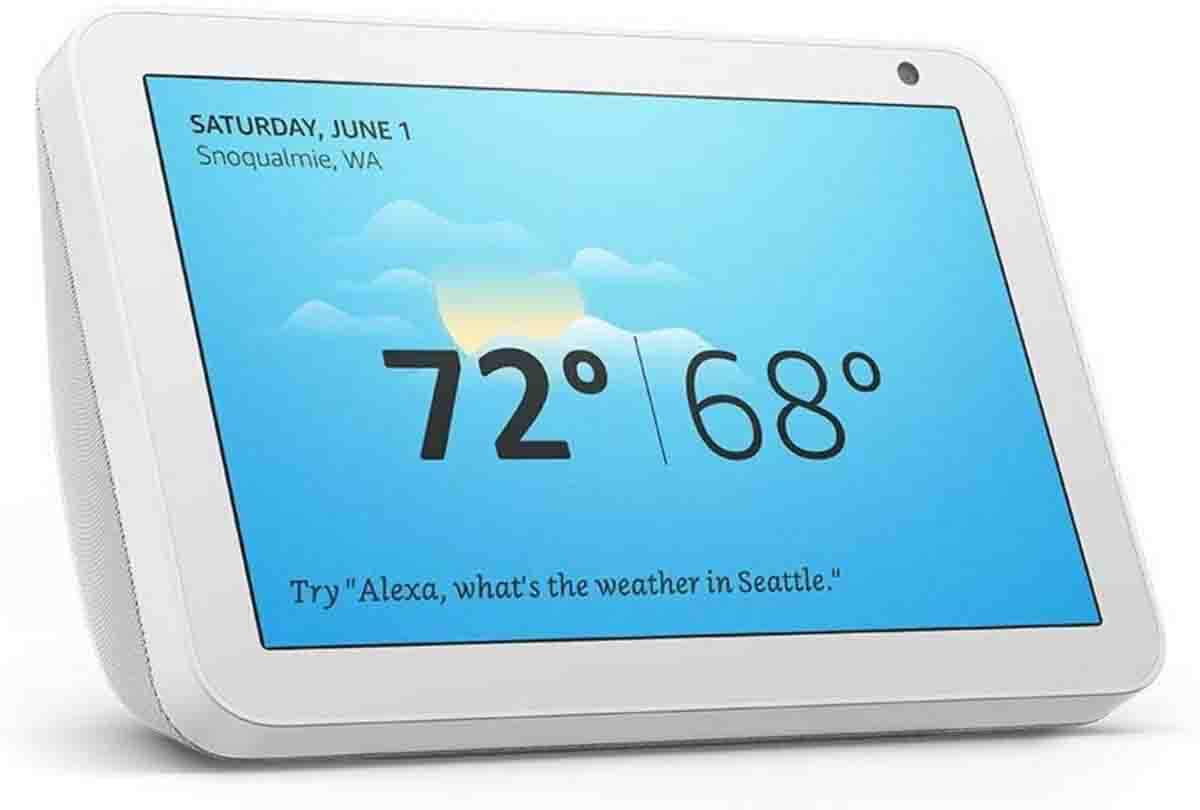 Echo Show 8 comes with an 8-inch HD touchscreen display and two 2-inch (52 mm) neodymium 10W stereo speakers with a passive bass radiator. The device runs on the MediaTek MT 8163 processor. It is equipped with a one-megapixel front-facing camera and four mics. For privacy concerns, the device has a switch to turn on or off the camera shutter. It also has a button to turn off the mic and camera. A 30W power adapter is included in the box to power the device.

Earlier this month, Amazon has launched Alexa powered Echo Auto in India. Echo Auto brings Alexa to your car and connects through a 3.5 mm auxiliary cable or a Bluetooth connection to the car’s stereo system.