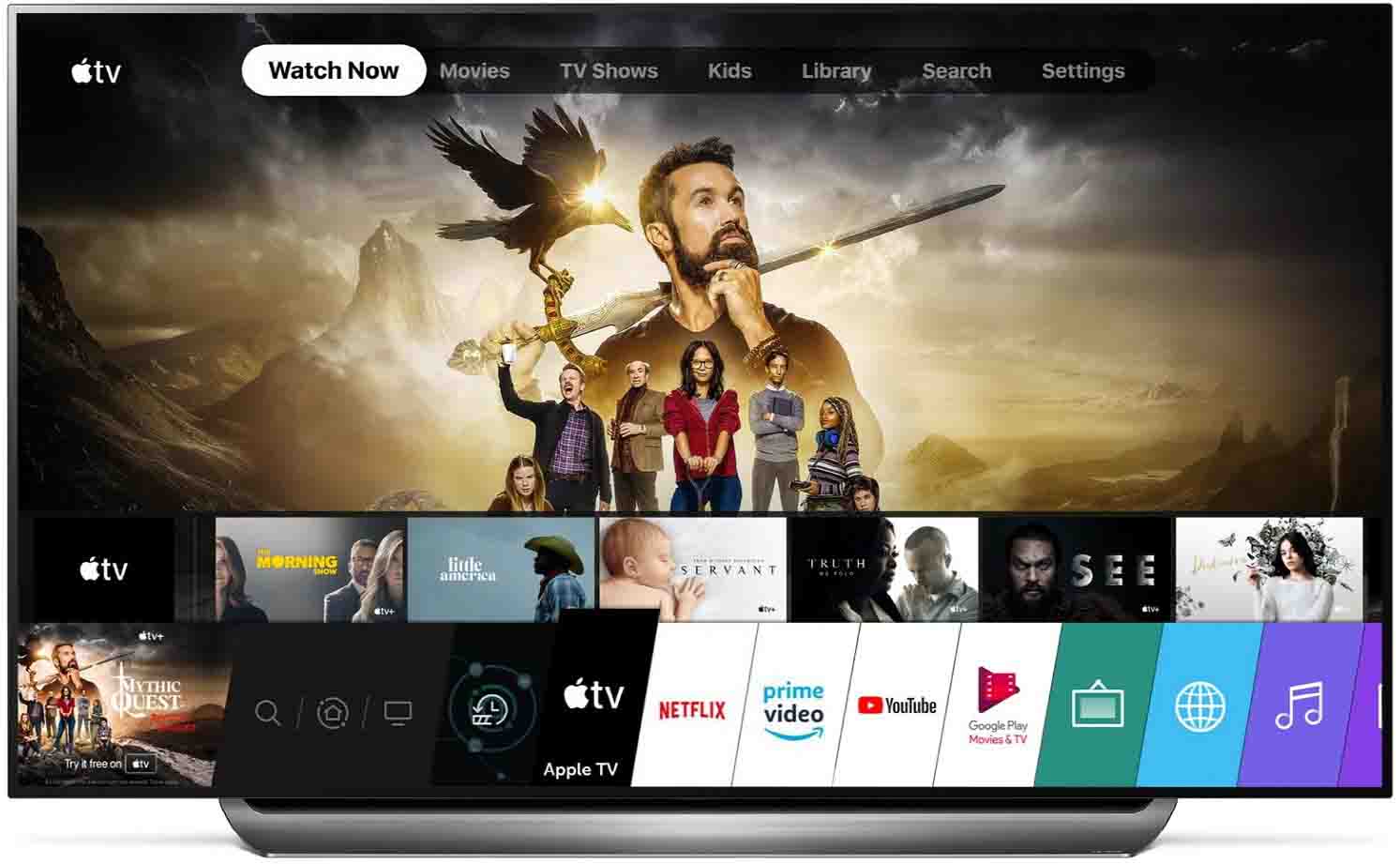 LG users can access the app from the LG Home Launcher and can stream Apple TV+ content. Users will also be able to subscribe to Apple TV channels, access iTunes video library, and buy or rent more than 100,000 movies and TV shows.

Apple TV app, AirPlay 2, and HomeKit are now supported in all LG’s 2019 OLED TVs and NanoCell TVs (series SM9X and SM8X). Later this month, the Apple TV app will be available on select UHD TVs (series UM7X and UM6X).

Along with LG TVs, Apple TV app is currently supported on select Samsung TVs, Roku, and Amazon Fire TV, while AirPlay 2 is enabled only on select LG, Samsung, Sony, and VIZIO TVs.