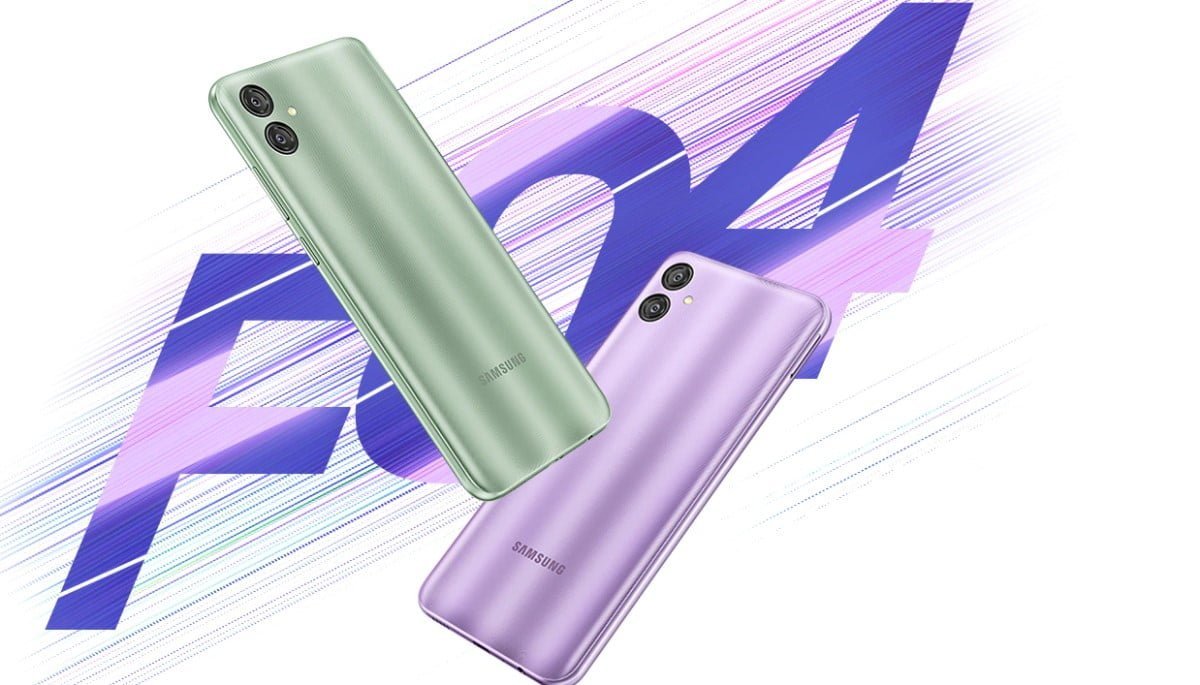 Samsung has launched the affordable Galaxy F04 smartphone in India. The phone features a 6.5-inch HD+ Infinity-V display, MediaTek Helio P35 SoC, 5000mAh battery, and runs on the Android 12 operating system out of the box with One UI Core 4.1 customization on top. Further, the smartphone also comes with a RAM Plus feature that virtually increases the RAM using onboard storage.

Samsung Galaxy F04 features a 6.5-inch HD+ (1600 X 720) pixels Infinity-V display with a 20:9 aspect ratio. The phone is powered by an octa-core MediaTek Helio P35 12nm chipset paired with IMG PowerVR GE8320 GPU, 4GB of RAM, and 64GB of onboard storage. The phone also supports a microSD card of up to 1TB via a dedicated slot for expandable storage.

The Samsung Galaxy F04 is priced at Rs. 9,499 for the sole 4GB RAM and 64GB storage variant. However, as a part of the introductory offer, the phone will be available for Rs. 7,499 starting January 12, 2023, via Flipkart, Samsung India e-store, and other retailers in the country. It comes in Jade Purple and Opal green color options.