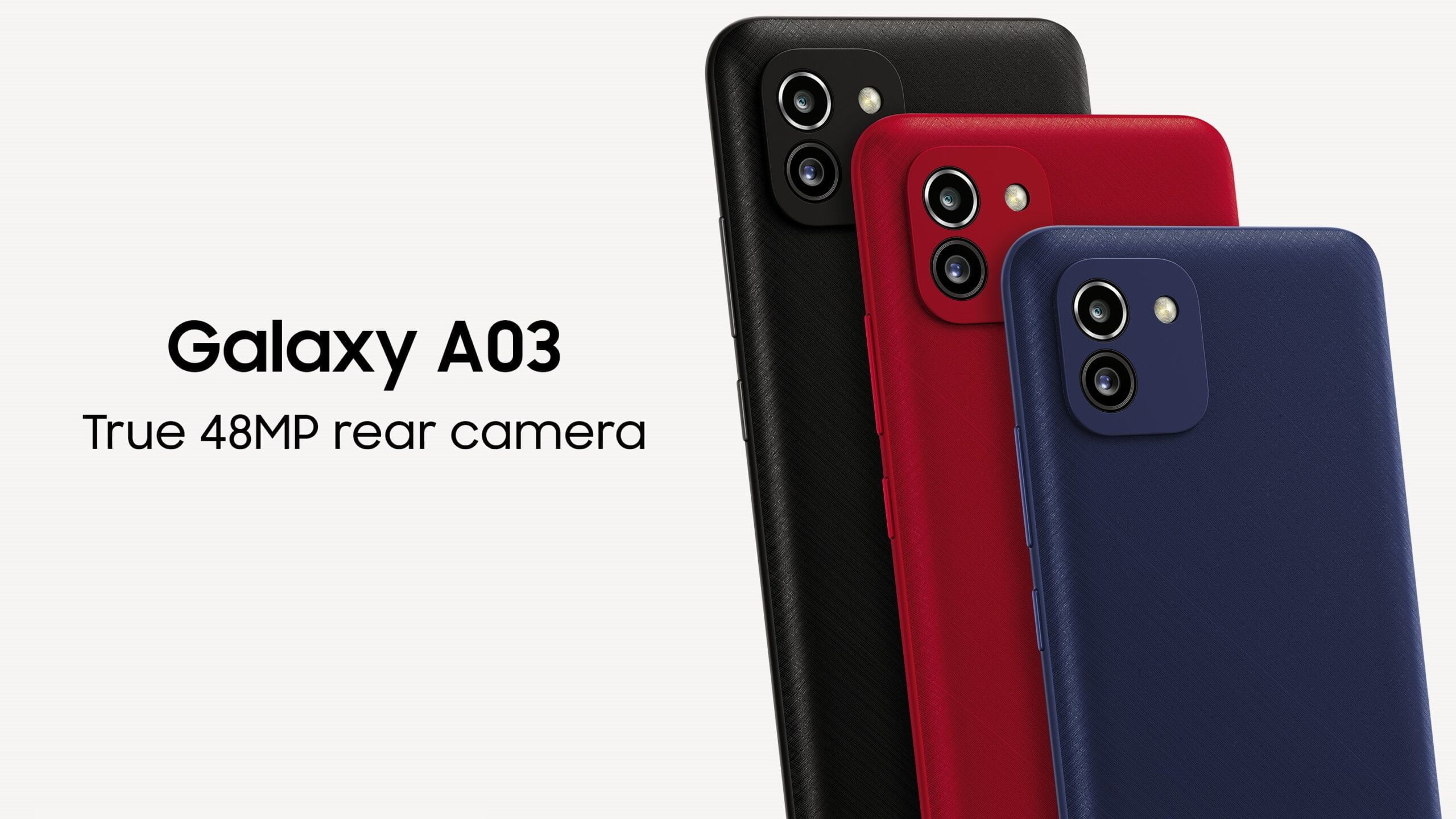 Samsung, on Friday, has launched the Galaxy A03 smartphone in India. Samsung Galaxy A03 comes with a 6.5-inch Infinity-V display, dual rear cameras, Dolby Atmos support on wired and Bluetooth headsets, and runs on Android 11 OS with One UI 3.1 customization on top.

Samsung Galaxy A03 features a 6.5-inch HD+ (720 x 1600 pixels) TFT LCD Infinity-V display with a 20:9 aspect ratio. The phone is powered by an octa-core Unisoc T606 chipset paired with up to 4GB of RAM and up to 64GB of eMMC 5.1 storage. The phone also comes with a dedicated microSD card slot for expandable storage up to 1TB.

In terms of optics, the Samsung Galaxy A03 sports a dual rear camera setup of a 48-megapixel primary sensor with f/1.8 aperture and a 2-megapixel depth sensor with f/2.4 aperture. For taking selfies and making video calls, the phone includes a 5-megapixel sensor on the front with an f/2.2 aperture lens.

Connectivity options include dual-band Wi-Fi 802.11 a/b/g/n/ac, Bluetooth version 5.0, GPS/ A-GPS, 4G VoLTE, a 3.5mm headphone jack, and a Micro-USB 2.0 port. Sensors include an accelerometer, ambient light, and a proximity sensor. The device houses a non-removable 5000mAh battery that is claimed to deliver a full day of battery life on a single charge.

Samsung Galaxy A03 is priced at Rs. 10,499 for the 3GB RAM and 32GB storage variant, while the 4GB RAM and 64GB storage variant is priced at Rs. 11,999. The phone comes in Black, Red, and Blue color options and will be available to purchase via Samsung.com, leading e-commerce portals, and across retail stores in India. Samsung is yet to announce the sale date of the phone in the country.

Samsung Galaxy A03 is equipped with a 5000mAh battery that is claimed to deliver a full day of battery life on a single charge.