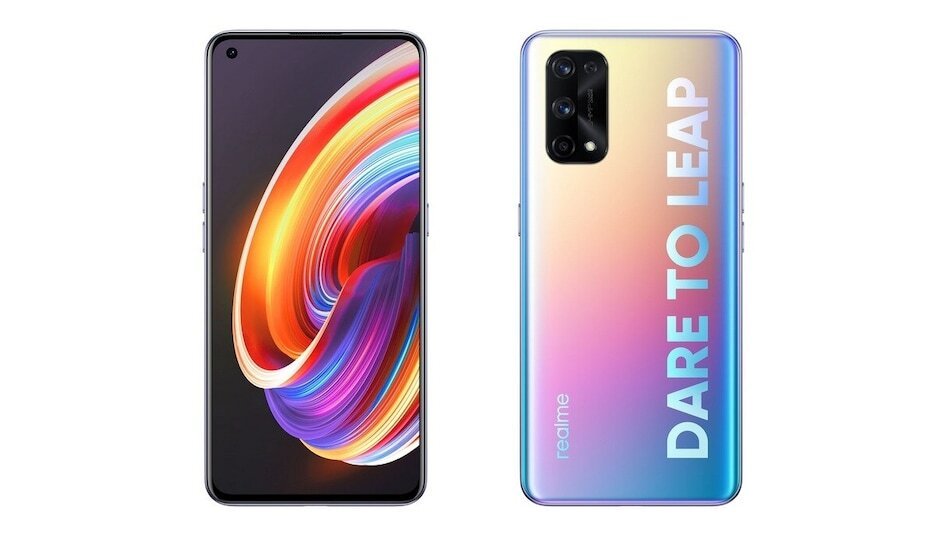 Back in 2020 during the India Mobile Congress event, Mediatek had announced that it is working with smartphone manufacturers, like Realme, to bring smartphones with Mediatek Dimensity chips in India. Separately, in October 2020, Realme had announced an intent of bringing its 5G capable Realme X7 series handsets to India. While its been a few months since then, the Realme X7 smartphone series is now available to buyers in India.

Both phones in this series – Realme X7 and Realme X7 Pro – share some common features – including, but not limited to 5G+5G dual-SIM connectivity, a type-C charging port capable of fast charging, WiFi 5, Bluetooth 5.1 and an in-display fingerprint sensor. The Realme X7 comes with a Mediatek Dimensity 800U chipset, whereas its beefier sibling, the X7 Pro comes with the flagship Dimensity 1000 Plus chip. The Pro variant also comes with support for the AV1 royalty free codec, something that should become the norm moving into 2021.

The X7 comes with a 6.4 inch Super AMOLED display with a 2400*1080 resolution at 60Hz refresh rate and 180Hz touch sampling rate, with a peak brightness of 600nits and a 4310 mAh battery with 50W fast charging. Meanwhile, the X7 Pro ups its sibling on these fronts, boasting a 6.55 inch Super AMOLED display with 120Hz refresh rate, 240Hz touch sampling rate and a peak brightness of 1200nits, while maintaining the same resolution. It also carries 4500 mAh battery and has support for 65W fast charging. Both phones come bundled with a 65W fast charger though. Realme claims that this 65W power brick will fully charge your phone from a battery empty state within 35 minutes.

Coming to the optics, both phones come with a 64MP f/1.8 primary camera with PDAF and an 8MP ultrawide camera with a 119 degree FOV. While in China both phones come with a quad-cam setup, here in India the X7 comes with a triple-camera setup with the third sensor being a 2MP macro camera. The fourth sensor, limited to the Pro variant, is yet another 2MP monochrome B&W sensor. On the front, the X7 comes with a 16MP selfie camera, while double the resolution is available on the X7 Pro.

Moreover, the X7 Pro features a vapor chamber cooling system for better thermal performance, a better haptic feedback, and Dolby Atmos + Hi-Res certification for superior audio output. Both phones will run Realme UI based on Android 10 out of the box, which will be updated to Realme UI 2.0 based on Android 11 soon after the launch.

I'm quite impressed by the camera specs and the mediatek dimensity chipset. The Realme X7 will surely do very well in the market.