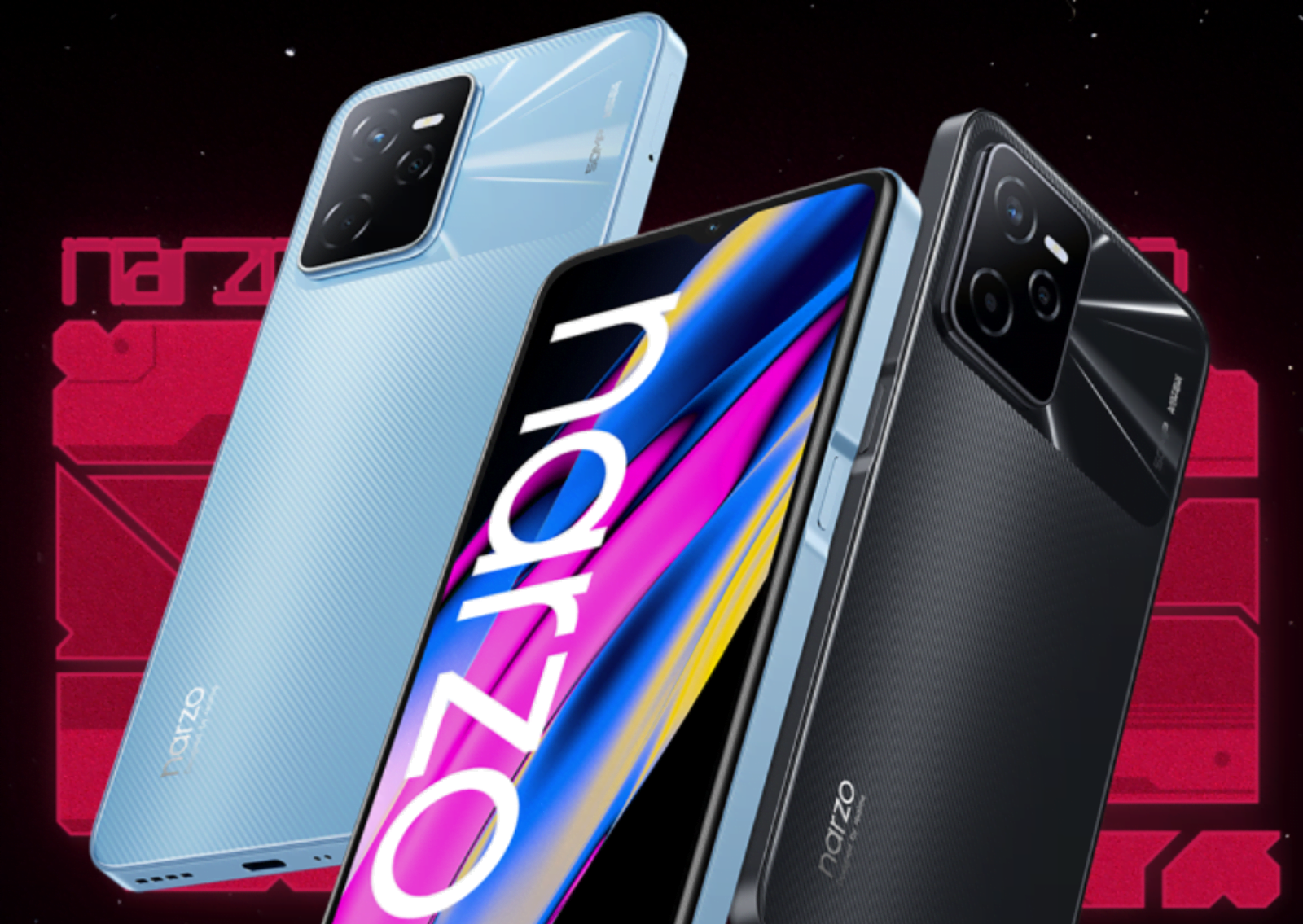 At a launch event in Indonesia Realme has launched the Realme Narzo 50A Prime along with the Realme GT 2 Pro series. This is the fourth device in the Narzo 50 series after the Narzo 50, Narzo 50A, and  Narzo 50i.

It is powered by an octa-core Unisoc T612 SoC, paired with 4GB of RAM and up to 128GB of internal storage that can be expanded up to 1TB via a microSD card. The device boots on Realme UI R Edition based on Android 11 OS.

The handset packs a 5,000mAh battery with 18W fast charging support. The fingerprint sensor is side facing and on the back a dual-tone finish is present. Connectivity features include 4G VoLTE, Wi-Fi, Bluetooth 5.0, GPS, USB-C port and a 3.5mm audio jack.

It will be available in Flash Black and Flash Blue colour options with sales starting from April 28 via Amazon, the company's online store and other partner retail stores.