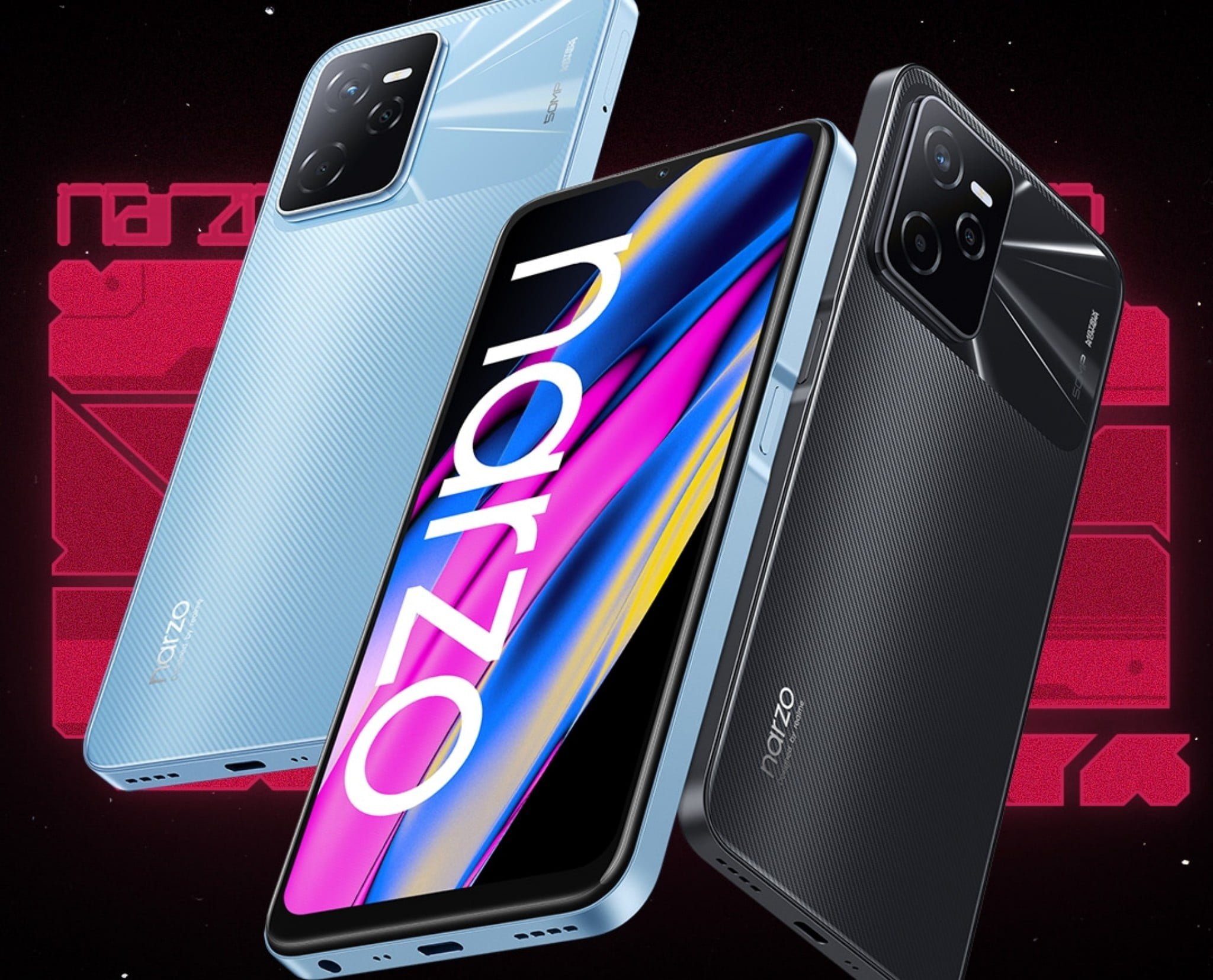 Realme launched the Narzo 50A Prime smartphone in India on Monday, April 25. It is the fourth handset in the Narzo 50-series lineup which was initially unveiled in Indonesia last month.

It is powered by a 12nm octa-core Unisoc T612 SoC processor coupled with ARM Mali-G57 GPU and has 4GB of LPDDR4x RAM along with up to 128GB of inbuilt UFS 2.2 storage that can be further expanded up to 1TB via a dedicated microSD card slot.

For photography, there is a triple rear camera setup consisting of a 50-megapixel Samsung JN1 primary sensor, a 2-megapixel macro camera and a VGA monochrome portrait sensor. On the front, an 8-megapixel AI sensor is present for selfies and video calling.

The handset is fueled by a 5,000mAh battery with 18W fast charging support. It has a side-mounted fingerprint sensor and runs on Android 11-based Realme UI R Edition custom skin. Connectivity features include 4G VoLTE, dual-band Wi-Fi, Bluetooth v5, GPS/ A-GPS, a 3.5mm audio jack and a USB Type-C port.

The Realme Narzo 50A Prime is priced at Rs. 11,499 for the 4GB + 64GB storage variant and the 4GB + 128GB model will cost Rs. 12,499. It will be available in Flash Black and Flash Blue colour options with sales starting from April 28 via Amazon, the company’s online store and other partner retail stores.

It will be available in Flash Black and Flash Blue colour options with sales starting from April 28 via Amazon, the company's online store and other partner retail stores.