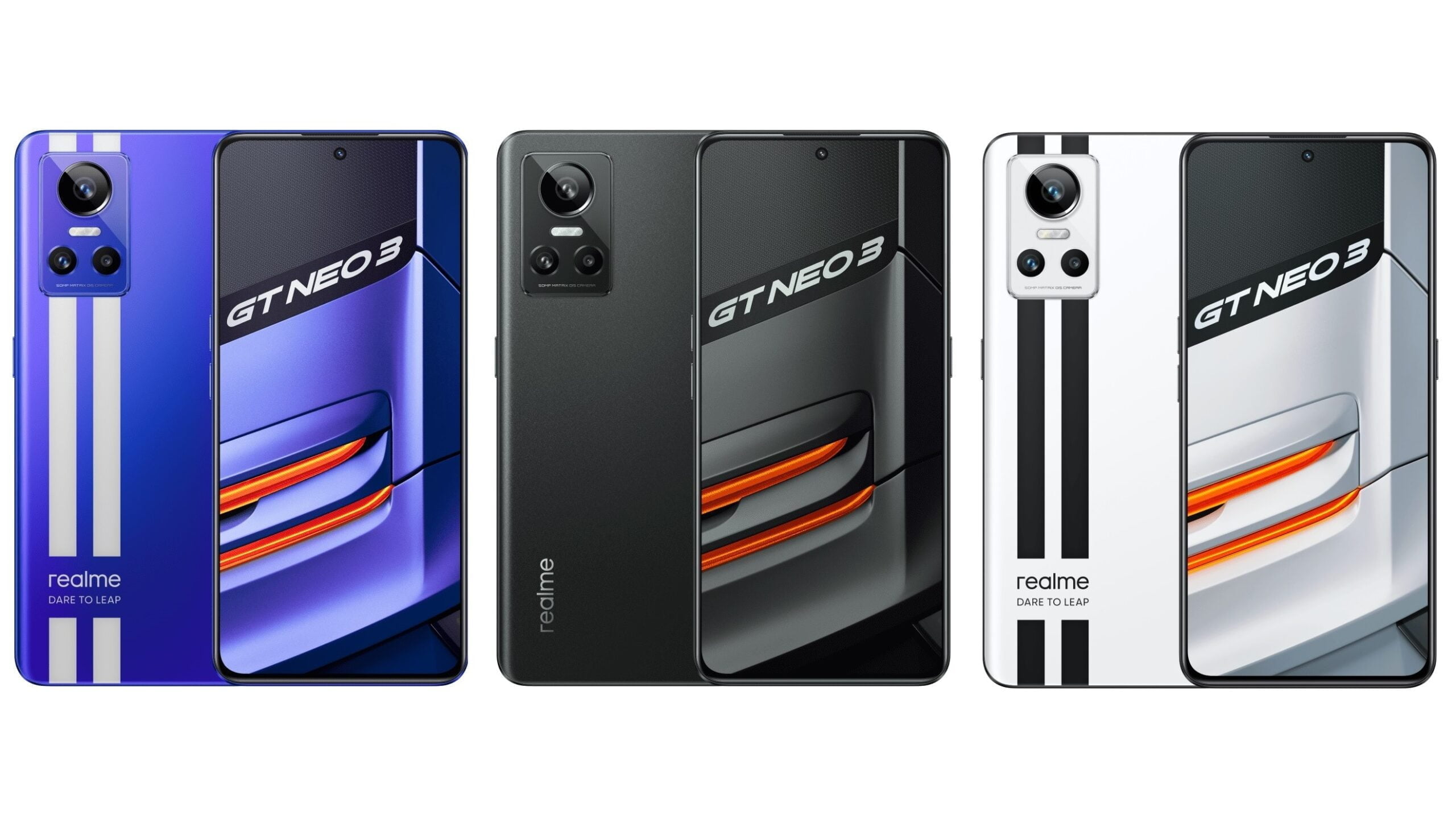 In terms of optics, the Realme GT Neo 3 sports a triple rear camera setup of a 50-megapixel Sony IMX766 primary sensor with f/1.88 aperture and optical image stabilization support, an 8-megapixel 119-degree ultra-wide-angle lens with f/2.25 aperture, and a 2-megapixel macro sensor with f/2.4 aperture. For taking selfies and making video calls, the phone comes with a 16-megapixel Samsung S5K3P9 sensor on the front with an f/2.45 aperture.

The phone comes in Cyclonus Black, Silverstone, and Le Mans color options. Realme GT Neo 3 is available for order in China and will go on sale starting March 30, 2022. The company is yet to reveal the pricing and availability details of the smartphone in other markets.