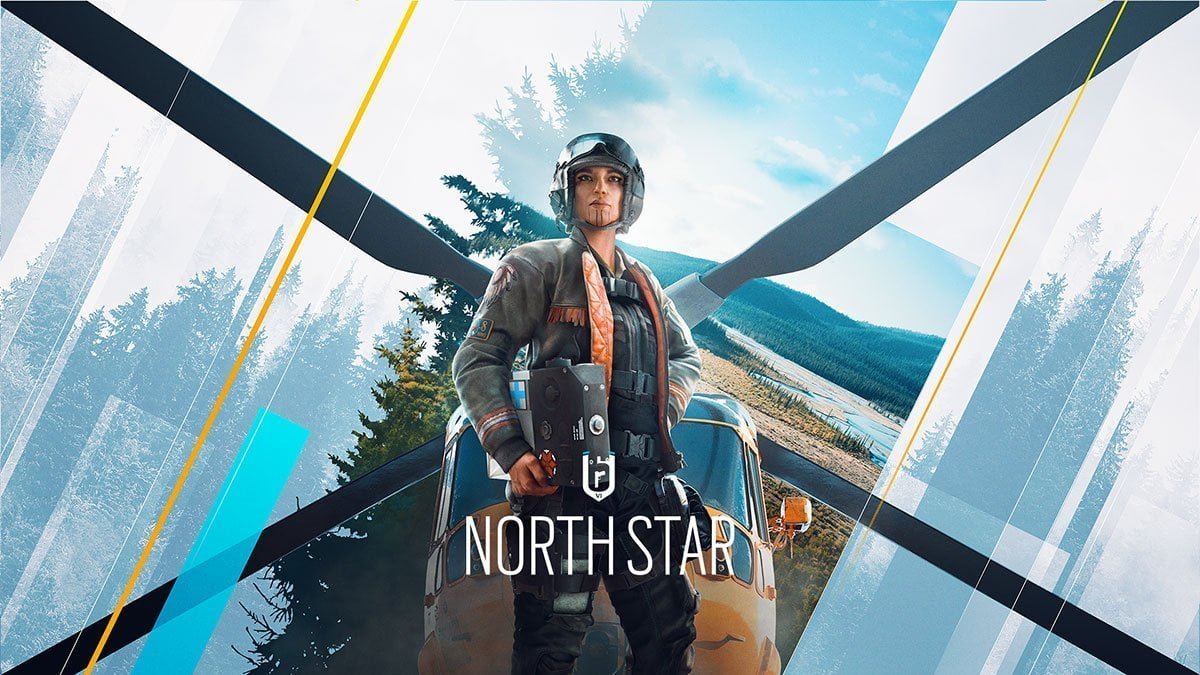 Ubisoft has unveiled Operation North Star, the second seasonal update scheduled for the sixth year of Rainbow Six Siege. At the delayed Siege Invitational 2021, Ubisoft announced the new update, which brings along with it a lot of tactical gameplay changes, a new defending operator, a big map rework, and various balancing and quality-of-life tweaks to the game. The update is set to be released sometime in the middle of June.

As new maps no longer currently feature in Siege, the biggest highlight of Operation North Star would be the new operator, Thunderbird who hails from the Nakoda nations of the northern prairies of North America. Thunderbird is a three-speed, one-armor defender who brings with her three deployable Healing stations. She is the latest healing operator after Doc, who was introduced when the game released and Finka, who was announced with Operation Chimera in 2018. This station, called as the Kona Station, can be placed on any flat surface and can shoot healing projectiles when players approach its radius.

While a single Kona station has a reload time of 38 seconds, spreading out the three stations evenly across a room can lead to lesser wait times for getting healed. The gadget can revive any operator near it, be it the attackers or the defenders. Moreover it can also revive operators in the gadget’s radius who are in the downed/injured state, but not yet killed. Thunderbird brings along with it the two primary weapon options in the familiar Spear .308 and SPAS-15, along with Bearing-9 and Q-929 as a secondary weapon. The operator will be available through the Operation North Star Battle Pass exclusively for the first three weeks after the season’s release, post which it will be available for purchase through Renown, the game’s in-app currency.

The season also brings about a map rework for one of the game’s most devoured maps – Favela. The map is notoriously known for its walls, where a majority of them can be destroyed, thus making it a nightmare for the defenders. Ubisoft has recognized this problem and is bringing a rework to the map with the new season. This could be one of the most extensive map reworks done by the publisher which scales the destruction down to a balanced gameplay, along with retaining the exterior visuals of the old map.

While the outdoor looks are retained, the floor plan indoors has been completely reworked. Most of the rooms are bigger now, while also retaining the flexibility of the old map. The bright colors at certain locations are gone now, along with many small rooms that existed earlier. Thus targets across a room can now be seen easily, while not getting confused with the many wallpapers that existed before.

Many fans of the game had been demanding for Night Maps in the game. Released along with the game, Night maps felt realistic when performing a hostage extraction or in any other mode. This mode was being removed gradually since 2017 and was completely removed by 2019 due to balancing issues in Ranked matches. The re-worked Favela is now a night map. As a result, you can see the bright colors from each building reflected in the street lights, giving off a warm glow. Since this is a night map, it will only be available in the Casual Mode and Custom Game options.

The Banshee gadget by Melusi is being altered so that it doesn’t open until an Operator is standing within its radius. Once opened, the attackers can also destroy it using their weapon. While it protects the device and makes it harder for Attackers to ambush Defenders, the gadget will now take around two seconds to open, in which time Defenders can see the approaching Attacker and attack them out before they destroy the device. Thus, putting the device on a wall may not be viable anymore.

The new update brings a lot of changes to the game’s balancing while reducing the game’s defender friendly meta. A single bullet across a destructible wall will no longer make a peekable bullet hole. The players will now be forced to make a hole using the melee action if they want to see through the destructible wall. This will possibly reduce the amount of spawn-kills that happen in the game.

In another change to the health system in the game, armor ratings are being removed from health bars, along with changing the look of the health bars. Instead, player health bars will now be boosted according to what armor they’re wearing. A single armor operator will continue to start with 100 health, while any additional armor will have 20 additional health on the operator per armor. The update also changes the way Finka’s health boost affects all players on her team. Now, instead of a momentary boost by the nanobots, you’ll see a temporary boost to the number on the health bar that will slowly decrease.

Finally death is being reworked in Siege. When a player dies, their body is now removed two seconds after death and replaced with an icon where they died. This can avoid confusion if an enemy player is morphed with the dead body. Moreover once a player dies, he can skip through the post-death phase faster so that he can enter support phase faster.

Google ‘My Activity’ usage history can now be password protected

Players get Thunderbird - a new Operator, a rework of Favela, and much more.