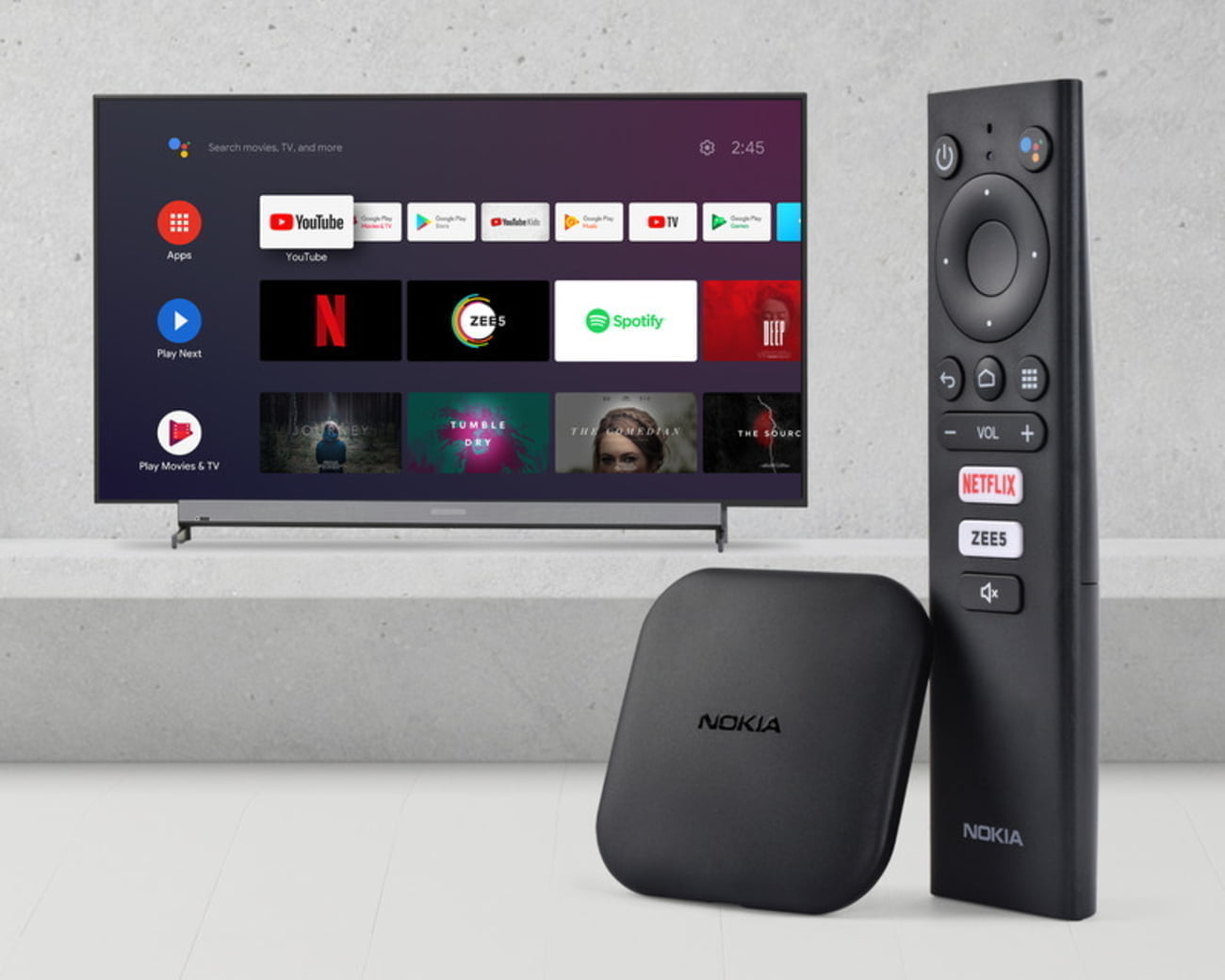 The e-commerce platform Flipkart, under the branding partnership with Nokia, has launched the Nokia Media Streamer, an Android-powered media streaming device. The device has built-in Chromecast and comes with Dolby Audio support. The Nokia Media Streamer connects to the TV via HDMI port and allows users to stream content from various OTT platforms, similar to the Mi TV Stick and the Amazon Fire TV Stick.

The Nokia Media Streamer is powered by a quad-core processor paired with Mali 450 GPU, 1GB RAM, and 8GB of internal storage. The device runs Android Pie (9.0) OS out of the box and comes with various pre-installed apps, including Netflix, Zee5, YouTube, Google Music, and Google Play Movies. Users can also download additional apps from the Google Play Store. The remote has a dedicated Zee5, Netflix, and a Google Assistant button.

The Nokia Media Streamer is priced at Rs. 3,499 and will be available to purchase via Flipkart, starting August 28, 2020. For now, the device is exclusive to the Indian market.

Vodafone to discontinue 3G services in Bengaluru and Chennai on 27th August: Report