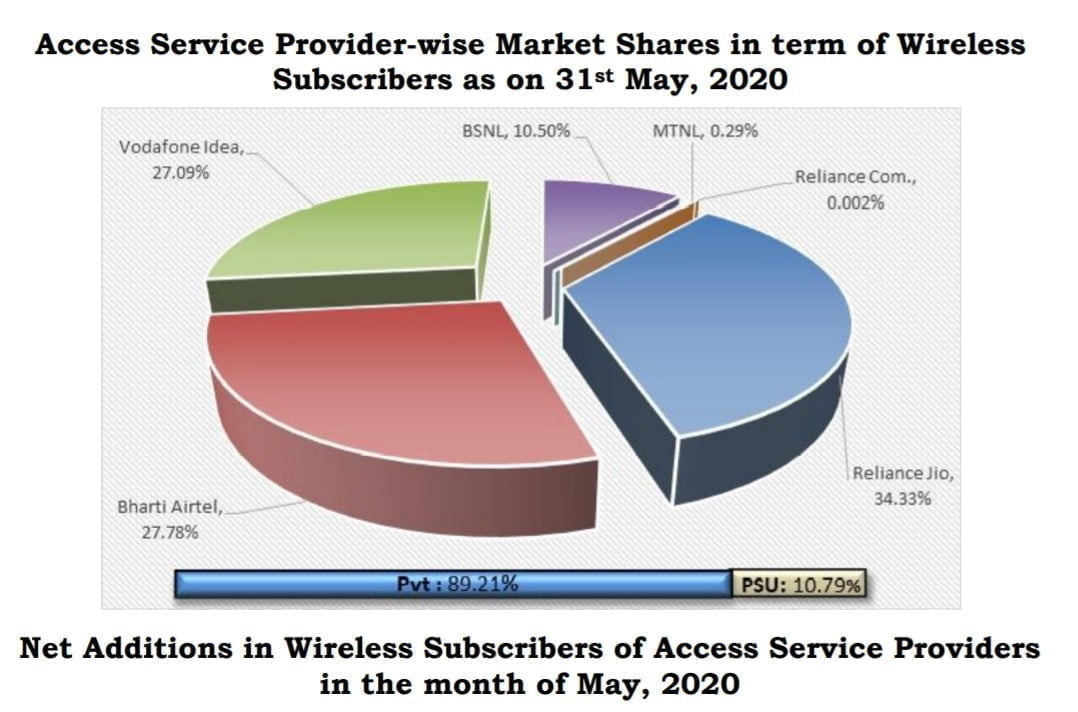 The telecom subscriber figures for the third month of the national lock-down ie. May 2020 have just been released by TRAI and it shows that both the incumbent private operators Bharti Airtel and Vodafone Idea have suffered heavy subscriber losses which could be a result of low ARPU users not recharging their prepaid connections due to financial constraints and difficulty in locating a functioning recharge outlet. In stark contrast to this, Reliance Jio has continued to show strong subscriber additions in the month.

Net Subscriber Gain/Loss in May:

Visitor location register (VLR) is an indicator of what percentage of the total subscriber base is comprised of active users. Bharti Airtel leads the race in VLR numbers with over 96% of its user base being active, it is followed by Vodafone Idea with nearly 89%, Reliance Jio has nearly 79% whereas BSNL lags behind with only 53% of its total user base being active.