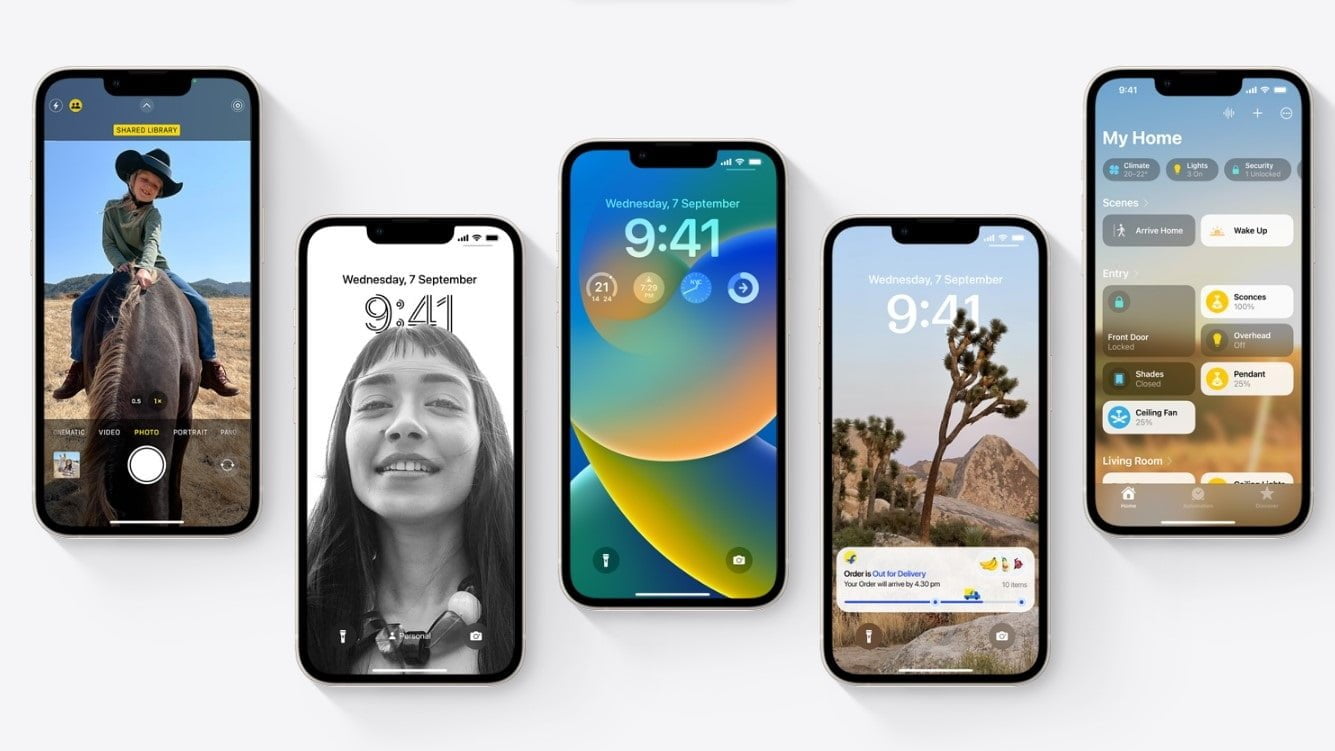 Apple, on Monday, released the iOS 16 update for iPhone 8 and newer devices. The update comes with new features and enhancements, including the reimagined lock screen, iCloud shared photo library, iMessage improvements, Mail app improvements, and more. Apple has delayed the iPad OS 16 update, which will release later this year.

The lock screen on iOS 16 allows users to showcase photos and customize the font and color of the clock and date. Users can also add widgets on the lock screen to quickly view battery status, calendar events, weather, alarm, time zones, activity ring progress, and more. Notifications on the lock screen have moved to the bottom of the screen, making it easier to reach with one hand. Further, it is also possible to create multiple lock screens with unique backdrops and styles and switch between them.

Apple has added the ability to edit messages, unsent, and mark messages as unread on the iMessage app. Users can edit the message for up to 15 minutes after they have sent it and also undo sent messages up to two minutes after sending it. SharePlay via messages allows users to co-watch their favorite movies and TV show or listen to songs with friends while chatting in Messages. The Mail app on iOS 16 now comes with the ability to schedule emails and undo sent emails.

Apple iOS 16 comes with Passkeys, a new end-to-end encrypted sign-in method that keeps the users’ credentials safe from phishing and data leaks. It will work with non-Apple devices via the iCloud Keychain. The Live Text feature also got an upgrade and now lets users pause a video on any frame that contains text to copy, translate, look up, and share. The Photos app allows users to share photos and videos seamlessly with up to five family members using the iCloud Shared Photo Library.

Users are required to open the Settings app on the iPhone and go to the Software Update page to see if the latest iOS 16 update is available for their devices.

Public beta testers will be able to try out the upcoming iOS 16 update starting in July, according to Bloomberg's Mark Gurman. The update is...

Apple today previewed iOS 16, delivering the biggest update ever to the Lock Screen, and new sharing, communication, and intelligence features that together change the way users experience iPhone. iOS 16 introduces iCloud Shared Photo Library to seamlessly share a collection of photos with family, updates to Messages and Mail that help users stay in touch with ease, and powerful enhancements to Live Text and Visual Look Up.


Apple unveils new ways to share and communicate in iOS 16

Apple today previewed iOS 16, delivering the biggest update ever to the Lock Screen along with other new features.