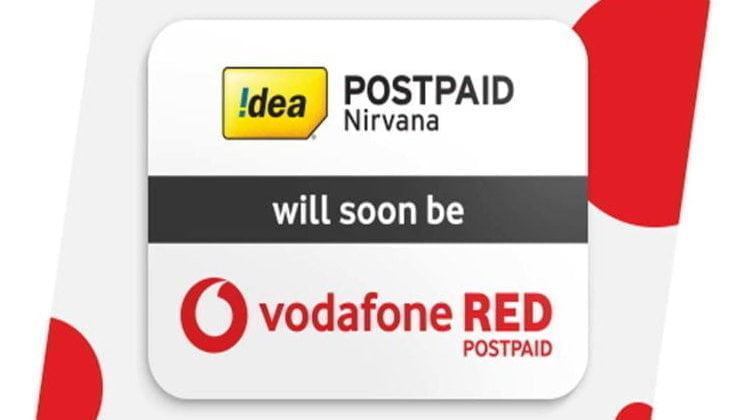 In a notice on the My Idea app that was spotted by our community user Manu, Idea has stated that starting May 11th it’s Nirvana customer in 8 states will be part of the Vodafone RED family. OnlyTech was independently able to confirm the existence of the notice on the Idea customer website.

“Starting May 11th, all our valued Postpaid Nirvana customers in Gujarat, Punjab, Rajasthan, Haryana, Bihar, Orissa, Himachal Pradesh, Jammu & Kashmir will be a part of the Vodafone RED family. With this change, we are ready to welcome you with more; more benefits, more offers and more of everything you love !”

Nirvana customers in Gujarat, Punjab, Rajasthan, Haryana, Bihar, Orissa, Himachal Pradesh, Jammu & Kashmir will be a part of the Vodafone RED family. OnlyTech can also reliably confirm that the initial date of migration in these eight telecom circles was April 6, 2020, according to a listing on the Idea website. However, the same was put back to May 11th possibly due to the coronavirus pandemic.

Vodafone had back in February announced its plan to absorb all Idea Nirvana customers into Vodafone RED. The move is to streamline the segment to one platform and offer postpaid services exclusively under the RED brand.

In other news, Vodafone Idea is moving closer to 100% integration with 91% network integration completed as of March 2020. VIL is continuing the integration at a rapid pace in the last 5 telecom circles. It recently launched the Double Data offer on Rs 299, Rs 449, and Rs 669 prepaid plans after earlier discontinuing it on the Rs 249 plan and limiting it to 9 telecom circles.