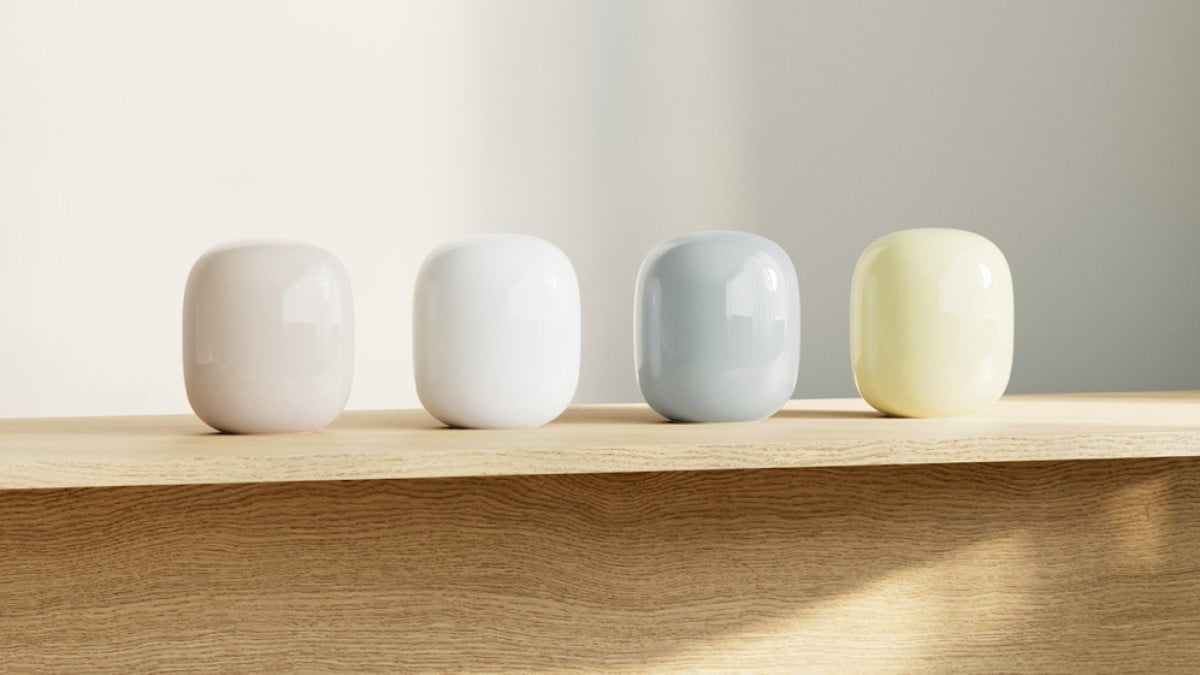 Google has launched its latest Wi-Fi system, the Nest Wifi Pro, which comes with tri-band Wi-Fi 6E technology. Wi-Fi 6E uses a new, less congested 6 GHz radio band that delivers up to two times faster speed and a more reliable internet connection than Wi-Fi 6. According to Google, the Nest Wifi Pro will “support the next generation of phones, laptops, and other devices operating on more advanced technology.” It also continuously analyzes the users’ network performance and optimizes it to provide faster speed and avoid congestion.

The Nest Wifi Pro works with the Google Home App that offers users step-by-step instructions to set up the network. Users can also run speed tests, share router passwords, or set up a guest network using the app. Nest Wifi Pro scans for connection issues and notifies the users via the app with the information required to fix the issue. However, Google intelligence can automatically fix common problems, such as recovering a lost connection. The app comes with free Family Wi-Fi settings that allow parents to restrict Wi-Fi usage at specific moments like bedtime and block unsafe content.

The Nest Wifi Pro includes built-in safety and security measures that help users to protect their connection from unauthorized downloads and hacks. Users can also check the list of connected devices to their network and pause the suspicious devices using the Google Home App. Nest Wifi Pro also receives automatic software updates that protect it from security threats.

Nest Wifi Pro can handle high-bandwidth activities such as video calls, gaming, 4K video streaming, and security camera streaming simultaneously. Further, a single router can cover up to 2200 square feet. It also includes a Thread border router that allows users to connect Thread Smart devices to their network and save energy with Thread’s low-power mesh technology. Users can use the Nest Wifi Pro router as a Matter hub and control and connect Matter-enabled devices, making it easier to manage and add devices to their smart home in the future.

Nest Wifi Pro comes in Snow, Linen, Fog, and Lemongrass color options. It is currently available for pre-order in the United States via Google Store.