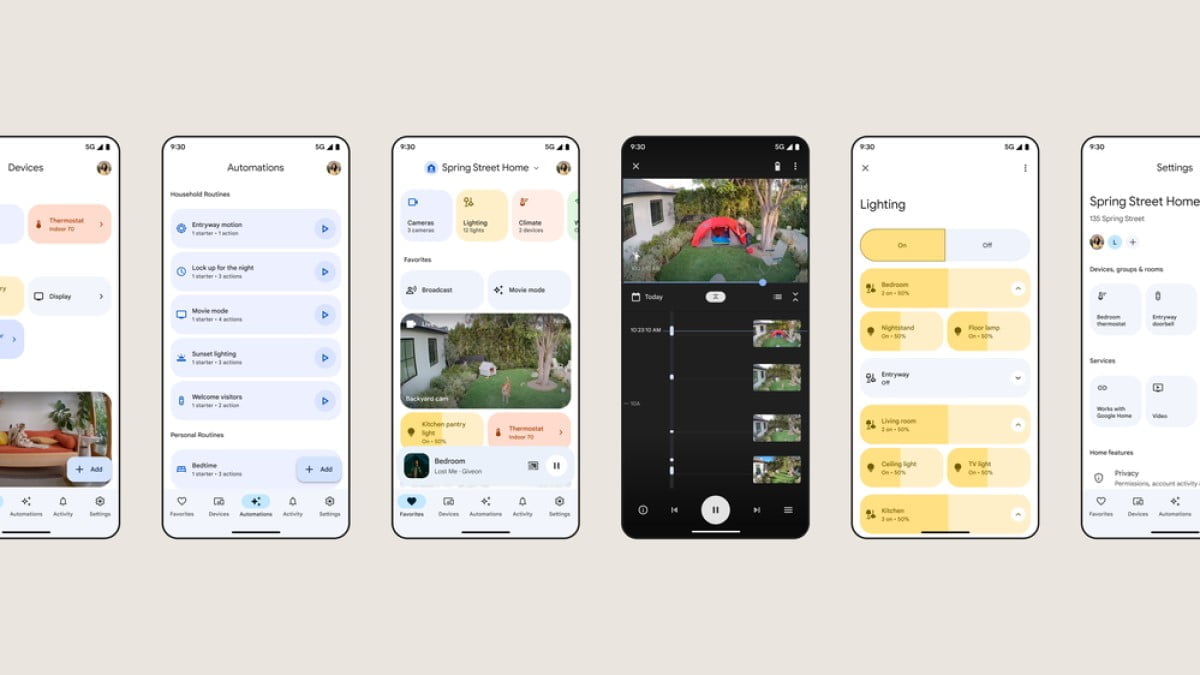 Google is revamping its Home App with a new user interface, features, and enhancements to help users set up and control smart home devices effortlessly. The company believes that Matter, the new Smart home connectivity standard, will simplify the setup process and work more reliably. Users can use the Google Home App to set up, control, and automate compatible devices, including Nest devices, Matter device, and over 80,000 devices that already works with the Google Home App.

With Fast Pair for Matter, the Android devices will automatically detect the Matter device and help the user to set it up securely. Matter setup and app linking will be available by default on Android devices later this year. Google is also working directly with device manufacturers to support many Matter devices. The company is updating its existing devices, including Google Nest Smart speakers, Smart displays, and routers to control Matter devices.

The revamped Google Home App comes with a Favorites tab, which allows users to create a personalized view of their devices, actions, and automations. Users can also include Nest cameras in their Favorites tab for faster access to live streams. Further, Spaces groups devices by categories such as lights, cameras, thermostats, or network devices in one view for easier access. In 2023, Google will add more customization options along with custom spaces. It also has a mini media player that lets users view what’s playing in their home and adjust the volume or change channels.

Google is combining the Nest App with the Home App to provide a better Nest camera experience for battery-powered and wired cameras. With the new Nest camera controller, users can quickly find moments and do a scrub to get the 10 seconds in the clip. It also lets users scroll through hours of video history in seconds with the help of machine learning capabilities on Google Nest Cams and Doorbells. Google will add support for the legacy Nest cameras next year.

Google is adding a new Automation tab in the Home App. Users can schedule tasks such as turning lights off automatically, or Nest Thermostat goes into Eco mode when the owner is away from home. It also allows one to view Household routines and supports more smart home devices as starters and actions to create more automations. In early 2023, Google will launch a new script editor with over 100 new features and capabilities to fit the requirement of users.

Werewolf by Night Review: A sturdy entry point to the obscure corners of the MCU

Google Home to launch in India on April 10

As previously reported, Google will be launching the Google Home devices in the Indian market. According to a invite we received from Google this morning, it seems the launch will happen on Tuesday, April 10.

Google Home picks up Gaana and Saavn integration, will be exclusive to Flipkart in India