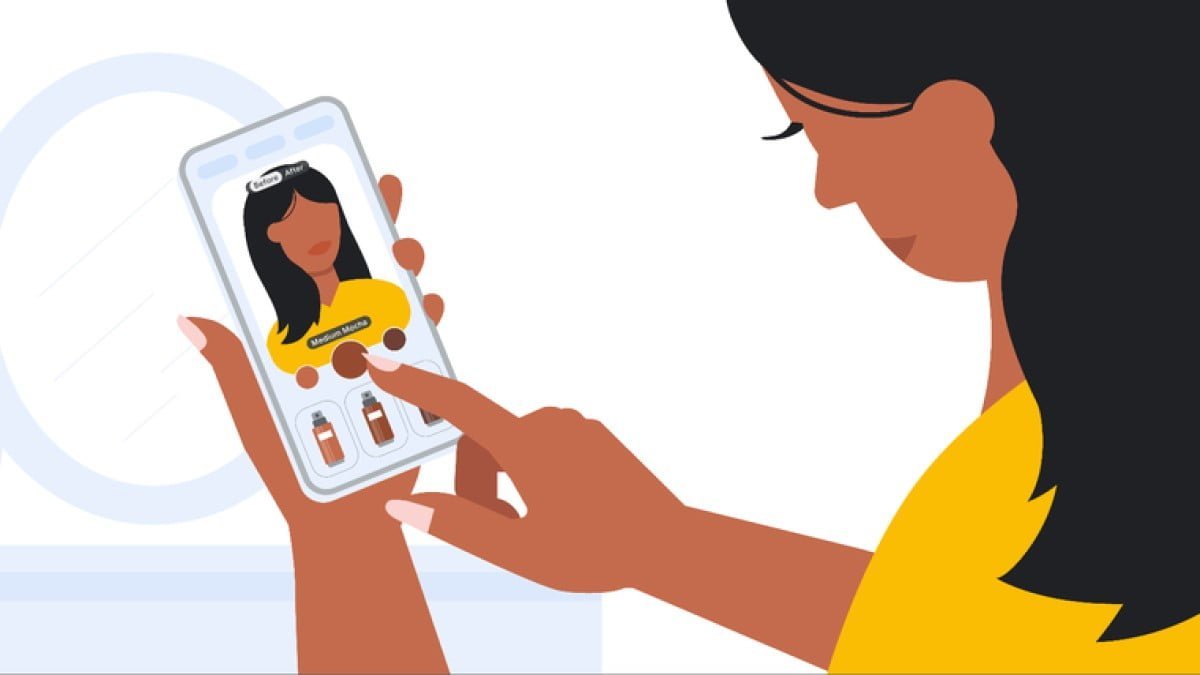 Google is adding a slew of new features across its services. The company has announced new AR features to help users shop for beauty products and shoes. Google is also bringing the ‘multisearch near me’ to allow users to find a dish or item nearby. Google Maps updates include a Search with Live View feature for select locations, filters for EV charging stations, and Accessible Places for Android and iOS users globally.

According to Google, Foundation is the most-searched category within makeup. Now, the search giant is adding a new AR shopping feature that will make it easier for customers to find the right foundation match. Google has developed a new photo library with recommendations from beauty brands that features 148 models with various spectrums of skin tones, ages, genders, face shapes, ethnicities, and skin types.

To use the feature, search for a foundation shade on Google, scroll down, and view what the foundation shade will look like on models with a similar skin tone. Users can also switch between before and after shots. Once the user has found the right foundation shade, they can select a retailer to purchase.

Google added the AR home goods feature in May 2022 to let users view and shop for furniture in 3D and AR. Now, the company has added the ability to shop for sneakers using AR. Users can spin, zoom and view the shoes in their space and decide if it fits their styles.

Products from Saucony, VANS and Merrell are available to view in 3D and AR, with more brands coming soon. To use the feature, users need to search for a sneaker type, such as “Shop blue VANS sneakers,” and tap View in my space.

Google has launched the ‘multisearch near me’ feature in English in the United States to allow users to find a dish nearby. Users can use Lens in the Google app to take a picture or a screenshot of a dish or an item and add the word ‘near me’ to find local shops and restaurants that sells it nearby.

Users in the United States can now search for a dish on Google search, and it will show all the nearby places that serve it. This feature is available in English in the U.S. on mobile devices and in the Google app on Android and iOS.

In September 2022, Google introduced the Search with Live View feature to Maps to let users search nearby ATMs, shops, grocery stores, and transit stations by using the camera and tapping on any location to view more details. The visual search experience will begin to roll out in London, Los Angeles, New York, Paris, San Francisco, and Tokyo on Android and iOS devices starting next week.

Lastly, Google Maps is bringing Accessible Places for Android and iOS users globally. Earlier, this feature was available for users in Australia, Japan, the U.K., and U.S. Users need to turn on the “Accessible Places” setting in the Google Maps app. A wheelchair icon on the business profile will show if it has a wheelchair-accessible entrance, and the icon will be strikethrough if it is a non-accessible place.

Google has struggled for years to build an online shopping business that can seriously compete with Amazon. Now, as Google’s prized advertising business faces a growing threat from Amazon, the search giant is planning new steps to bolster its shopping presence. Google is testing a new feature on its YouTube video service that displays product prices and recommendations under videos playing on the site, and makes it easy for viewers to buy them on Google. It’s rapidly adding retailers to its Google Express marketplace, which it plans to rebrand as Google Shopping, according to two people familiar with the business. And earlier this year it launched “shoppable images,” which allow advertisers to highlight products in ads in Google image search results.

But Amazon will still find a way to make them lose.Amazon is a big mastermind at marketing.

Google has always achieved failure at social media (keeping Orkut apart, which Google never made but acquired and maintained then gave up!) and omlibe marketplace though they are master in success at various areas.