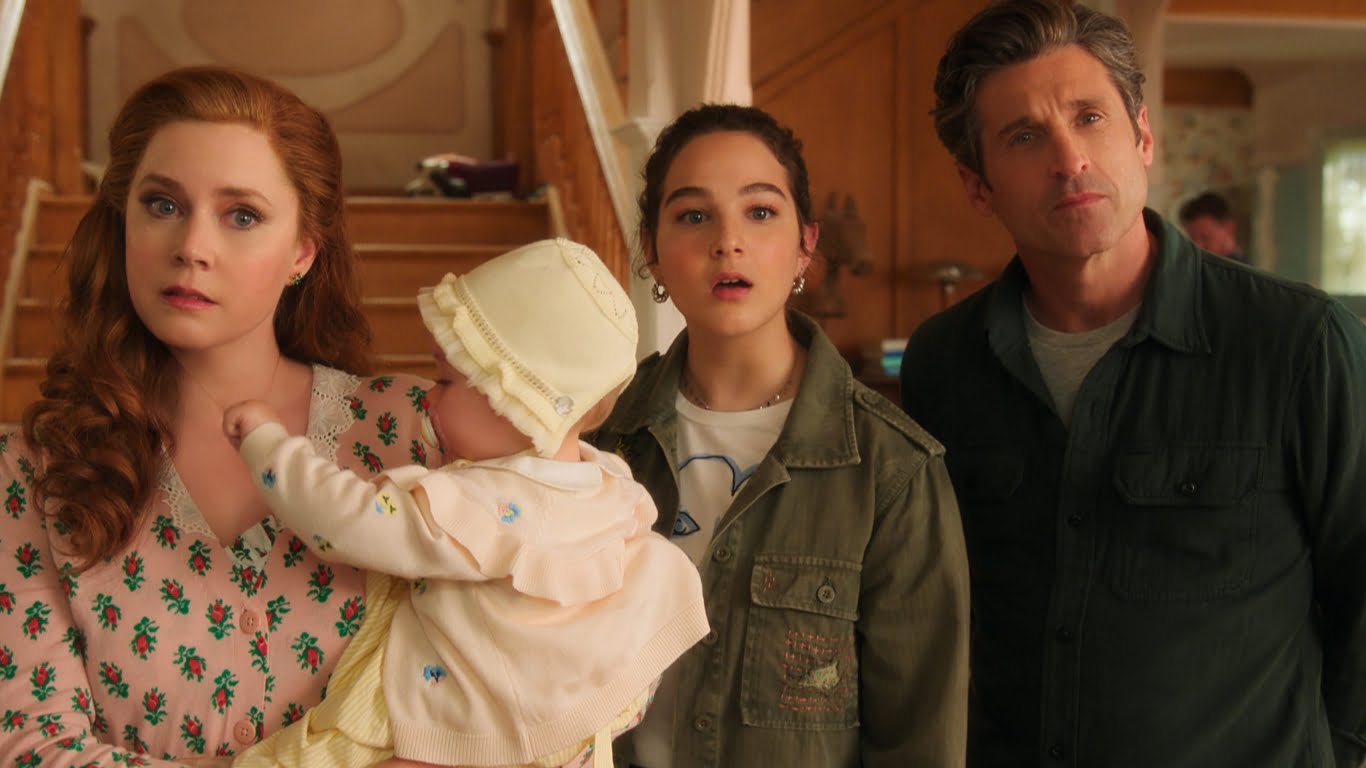 Almost after 15 years, Disney is bringing back Andalasia to its streaming service with a slight twist. Giselle, feeling out of place in New York, moves to the suburbs in search of a fairy tale only to feel much worse. This results in Giselle transforming her town into a fairy tale land using an Andalusian wishing wand which turns her into a wicked person and puts her family’s happiness in jeopardy. She is in a race against time to decide which is more important to her.

The change of setting brings a very fresh perspective to the characters. The ever-positive Giselle from the first film retains her core characteristics. Her turning into a wicked person resulting in some good moments that Amy Adams has nailed with her performance. The cynical Robert from Enchanted has his share of good fairy-tale adventures in this film resulting in some good laughs. Finally, teenaged Morgan has her share of fairy-tale stories to remember that holds the film together. I would have liked more screen time and some arcs for the Andalusian King and Queen, but I understand what they are trying to tell with this story.

The pacing of the film could have been better. The screenplay felt rushed at some points and slowsdowns at some junctures. The film is shot colourfully. The 2D animated sequences are very well animated. Coming to musical numbers, I wouldn’t say they are catchy as some are in Enchanted but serves their purposes and keep you engaged.

Airtel launches its 5G Plus services at Pune Airport