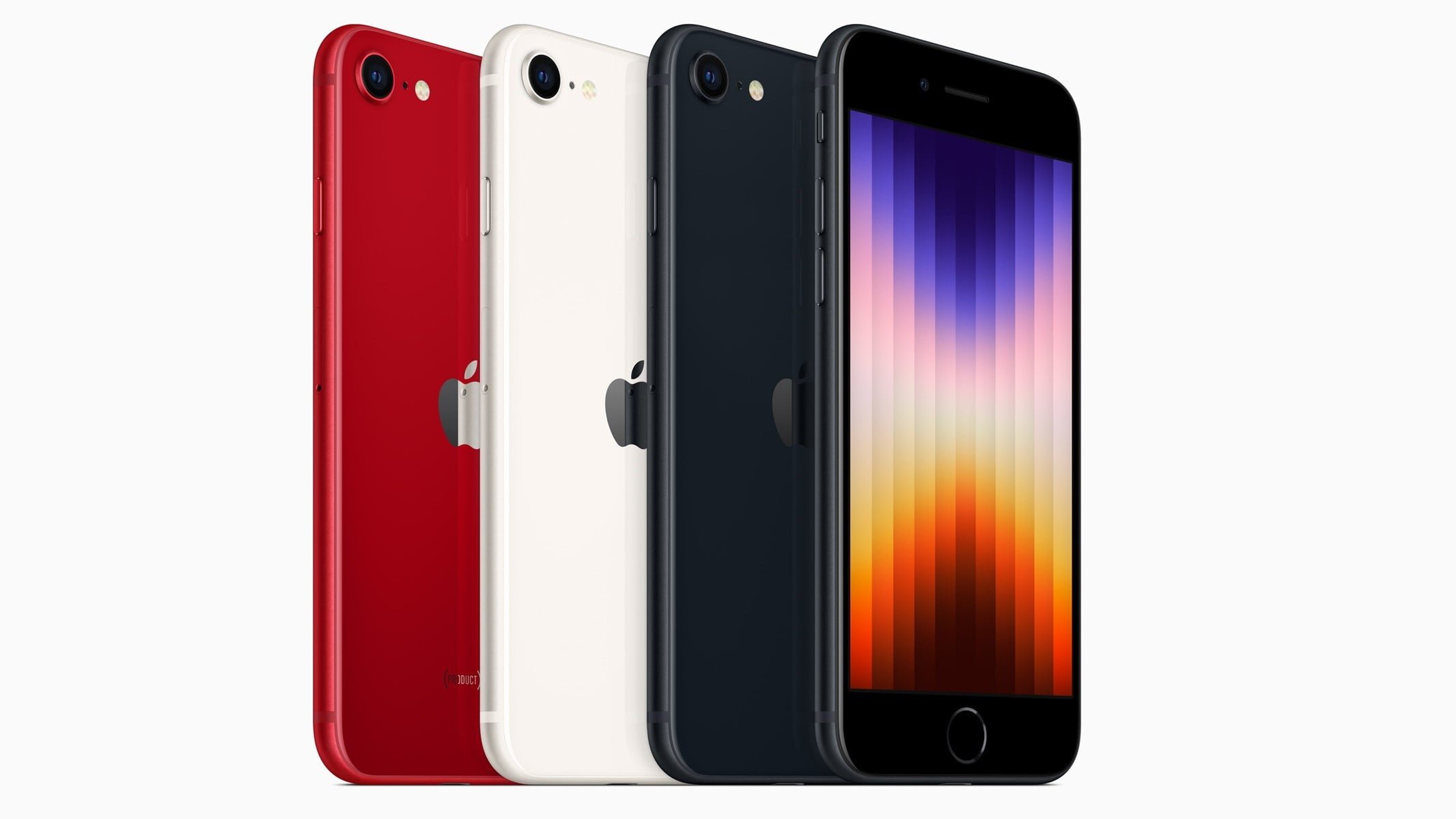 Apple, on Tuesday, has launched the iPhone SE (2022) smartphone at an online Apple event. The phone is the successor to the older iPhone SE that was launched in the year 2020. The new iPhone SE features a 4.7-inch Retina display, 5G connectivity, Apple A15 Bionic chip, Qi wireless charging technology, 12-megapixel primary sensor, and comes with an IP67 rating for water and dust protection. Alongside, the company has also launched the iPhone 13 and iPhone 13 Pro series in the Alpine Green color variant.

Apple iPhone SE (2022) features a 4.7-inch HD (1334 x 750 pixels) Retina IPS display with a 16:9 aspect ratio, 326 PPI of pixel density, and up to 625 nits of peak brightness. The phone is powered by a Hexa-core Apple A15 Bionic (5 nm) chipset (two performance and four efficiency cores) paired with an Apple 4-core GPU and up to 256GB of onboard storage. The Apple A15 Bionic chip on the iPhone SE (2022) is claimed to deliver up to 1.8 times faster performance than iPhone 8. It also includes a 16-core Neural Engine that is capable of 15.8 trillion operations per second to deliver faster machine learning computations, enabling features such as on-device dictation and Live Text in the Camera app with iOS 15.

The iPhone SE (2022) sports a single rear camera setup of a 12-megapixel primary sensor with an f/1.8 aperture. It comes with optical image stabilization and true tone flash. Camera features include 4K recording at 60fps, 1080p slo-mo recording at 240fps, Smart HDR 4, Photographic Styles, Deep Fusion, and Portrait mode. For taking selfies and making video calls, the phone is equipped with a 7-megapixel camera on the front with an f/2.2 aperture lens. The battery on the iPhone SE (2022) is said to deliver up to 15 hours of video playback on a single charge. It supports 20W fast wired charging and Qi wireless charging technology.

This device will likely be called iPhone SE+ 5G.

If OLED prices go down significantly, the iPhone SE+ 5G will likely adopt an OLED panel.

The third-generation iPhone SE is announced at today's event (8/03/2022). It retains the same design used with iPhone 8 and the famous Touch ID Home Button. It is powered with an A15 chip. The starting price of this device will be ₹43,900 for the 128GB variant.