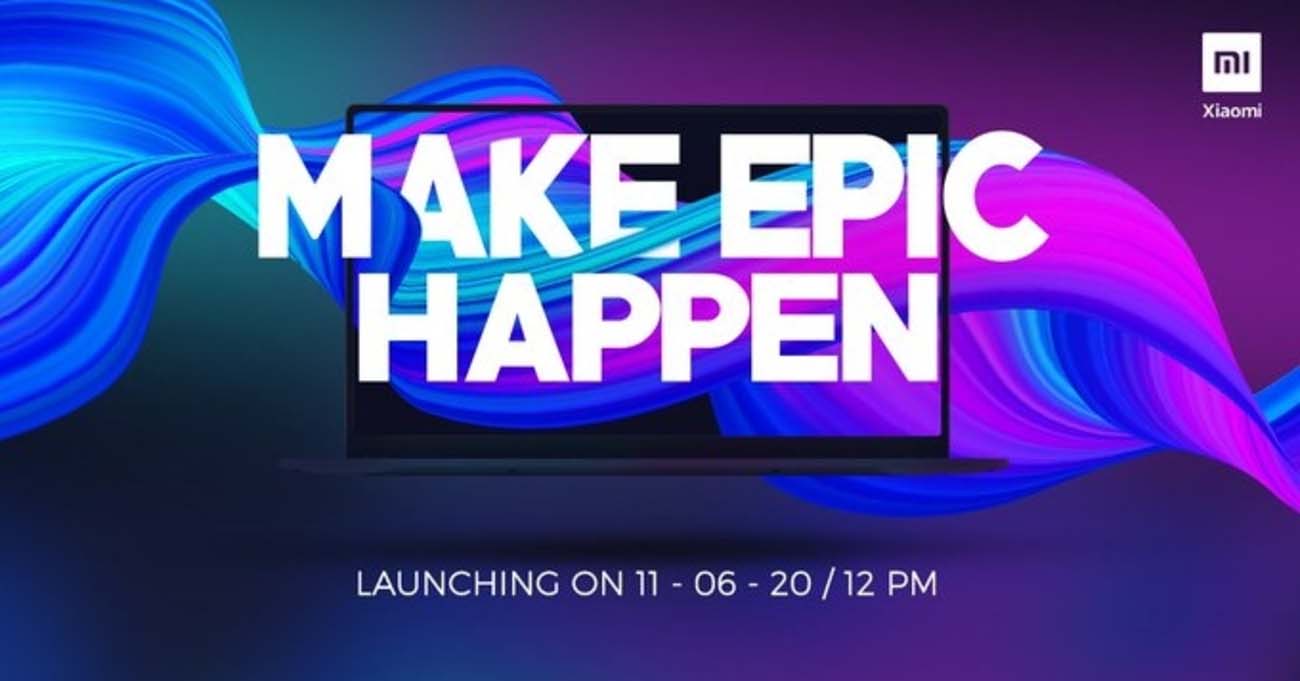 Xiaomi is set to unveil the Mi Notebook series in India on June 11. The online event will start at 12 PM IST and will be streamed on Xiaomi’s social media platforms and Mi website. The new Mi Notebook will be the first-ever laptop the company will launch in the country.

Xiaomi India Managing Director Manu Kumar Jain confirmed via a tweet on Monday that the laptop will make its global debut in India on June 11. He has also mentioned that the new Mi Notebook model has been exclusively made for Indian consumers.

Xiaomi did not reveal the specifications of the upcoming laptop. However, it is expected to feature a Full-HD display, an Intel processor, at least 8GB of Ram and 256GB solid-state drive. A recent tweet by Xiaomi India reveals that the upcoming laptop will sport slim bezels. The tweet reads, “It features one of the highest screen to body ratio you would have seen on a Notebook.”

Raghu Reddy, Chief Business Officer, Xiaomi India, told IANS, “We are ready to introduce the next big category in India with the Mi Notebook series. We will broadly have two series under Mi Notebook that we are going to launch. It will be a minimalistic design, a power-packed device with the latest technology to fulfill the requirements of our Indian users.”