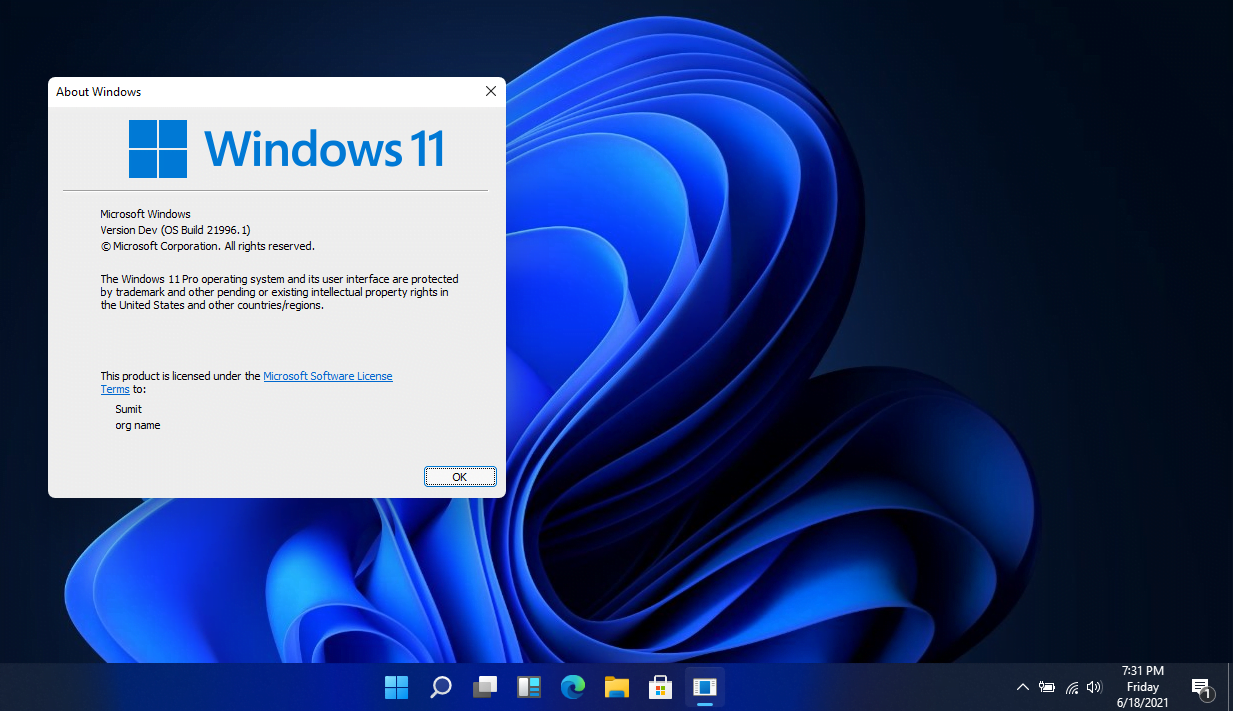 Microsoft is set to unveil the next generation of Windows on June 24 at Microsoft Event. Ahead of its official launch, the upcoming Microsoft’s operating system has leaked online. The leaked build reveals that the new OS is called Windows 11 and features a new user interface with rounded corners, including a new start menu, animations, sound scheme, Windows logo, and much more.

Some alleged screenshots of Windows 11 first appeared on the Chinese website, Baidu, and soon after the entire Windows 11 ISO leaked online. We do not recommend downloading the ISO from unofficial websites but wait for the Microsoft Event. The leaked build still carries the NT version 10 and has build version 21996. The leaked build is the pre-release version of Windows 11, and the final version will come with more UI enhancements and bug fixes.

Windows 11 comes with a new start menu that looks similar to the canceled Windows 10X start menu. The live tiles are no longer available in Windows 11. Instead, the start menu shows the pinned apps on top, along with a button to show all apps. The taskbar buttons are centered by default and can be aligned left via settings. However, in this build, there is no option to resize or change the location of the taskbar.

Windows 11 features new snap controls that can be accessed by hovering the cursor over the maximize button on the title bar. Clicking on the rectangle will snap the window on the screen according to the chosen layout.

Task View on Windows 11 is also redesigned, and the Timeline feature is completely removed from this build. The virtual desktop now appears right above the taskbar, and users can rearrange or rename the virtual desktops.

Windows 11 includes new animations and sounds, including a new start-up sound that triggers at every boot. The operating system also comes with a new OOBE (Out-of-box experience) setup similar to Windows 10X setup.

Reportedly, Microsoft is also working on redesigning the store app on Windows 11. According to the sources, the new Microsoft Store will allow developers to use third-party commerce platforms in apps and also submit unpackaged Win32 apps to the store. However, on the leaked build, the store is the same as in Windows 10.

Windows 11 will ship later this year and will be available as a free upgrade for customers running genuine Windows 10. We will know more details about Windows 11 at the upcoming Microsoft Event.

DoT reminds ILD and NLD Licensees to comply with NCSC

It's fake windows 11. Some modifications has been done on windows 10 by some people . We should wait for 24 jun

It's fake windows 11. Some modifications has been done on windows 10 by some people . We should wait for 24 jun


Microsoft has basically confirmed that the leaked Windows 11 build is legit, after submitting a DMCA takedown request to remove a link.