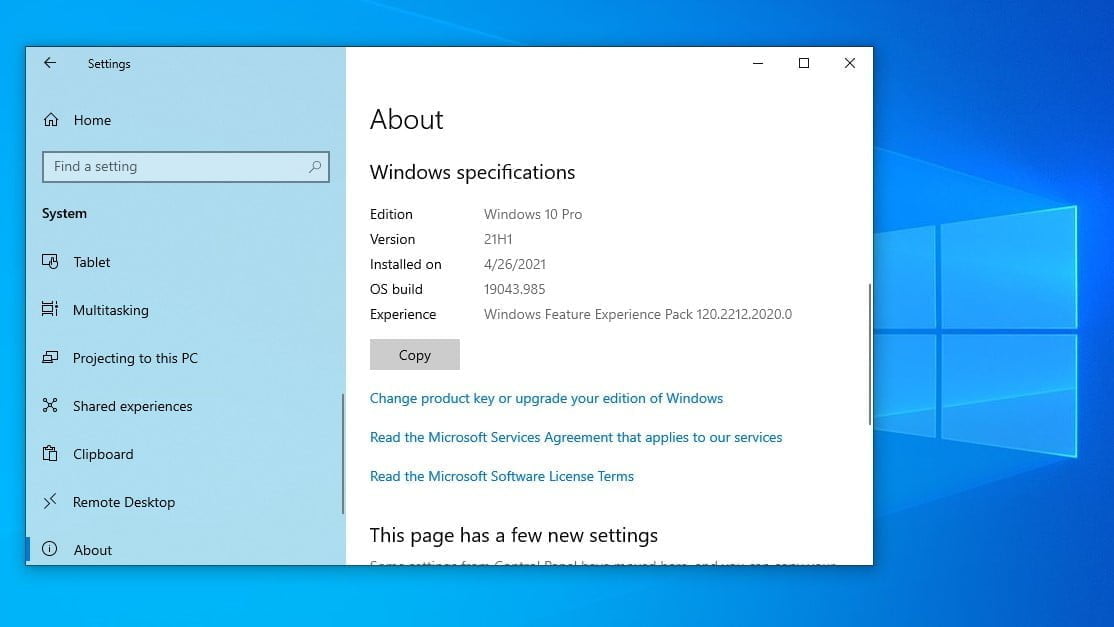 Microsoft, on Tuesday, has released the Windows 10 May 2021 update, also known as version 21H1 to the general public. The update comes with features that aim to improve security, remote access, and quality. For devices running Windows 10 version 2004 or version 20H2, the update will install like a monthly cumulative update. Microsoft is gradually rolling out the 21H1 update via Windows Update and is currently available to select devices running Windows 10 version 2004 or later. The Windows 10 May 2021 update is supported until December 13, 2022.

Windows 10 May 2021 update does not include significant changes over the last Windows 10 feature update. The update includes multicamera support for Windows Hello and focuses on improving remote work and security.

Features that are depreciated or removed

With every Windows 10 update, Microsoft removes some of the legacy features from Windows. Here’s the list of features that are depreciated or removed from the May 2021 update.

To install the Windows 10 May 2021 update, go to Settings > Update & Security > Windows Update and then click “Check for Updates.” If the update is offered, hit the “Download and install” link to install the update. It may not appear right away since Microsoft is gradually rolling out the update, and also some devices might have compatibility issues.

You can also force the update by using the Update Assistant tool. Head over to Download Windows 10 page and click on Update Now to download the tool. Run the tool and click on the “Update Now” button to begin the installation process. However, it is not recommended to use the Update Assistant tool since the update may not be ready for your device, and you may encounter bugs.