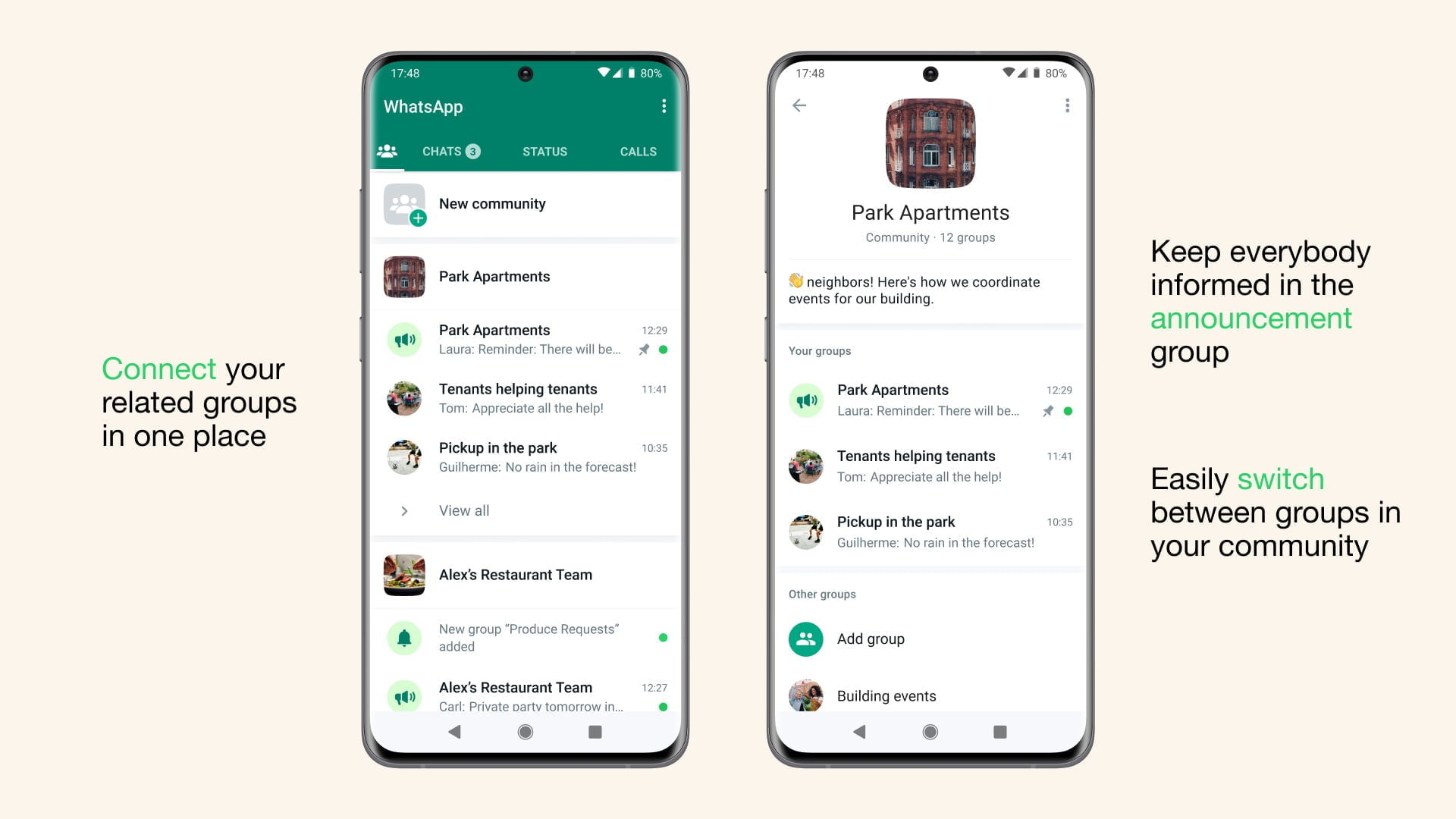 Meta-owned WhatsApp, on Thursday, announced the global rollout of the Communities feature on its instant messaging app. WhatsApp is gradually rolling out the feature and will be available to everyone in the coming months. The company is also increasing the group limit to 1024 members and bringing new features to groups, including in-chat polls and up to 32-person video calling.

To use the feature, users need to tap on the community tab at the top left of the chats on Android devices, and on iOS devices, it is located at the bottom. Users can then start a new Community from scratch or add existing groups. Once the user is in a Community, they can easily switch between available groups, and when required, admins can also send important announcements to everyone in that Community.

WhatsApp is also adding the ability to create in-chat polls in groups. It will allow users to create a poll in a group easily, and group participants can vote by choosing an option. Users will also have the ability to view votes. Facebook Messenger and Telegram already support the in-chat poll feature. Further, the company has increased the group participant limit to 1024 members. Group video calls on WhatsApp will now support up to 32 participants.

According to WhatsApp, these features, including in-chat polls, are secured by end-to-end encryption so that the messages remain private and only group participants can view the messages.