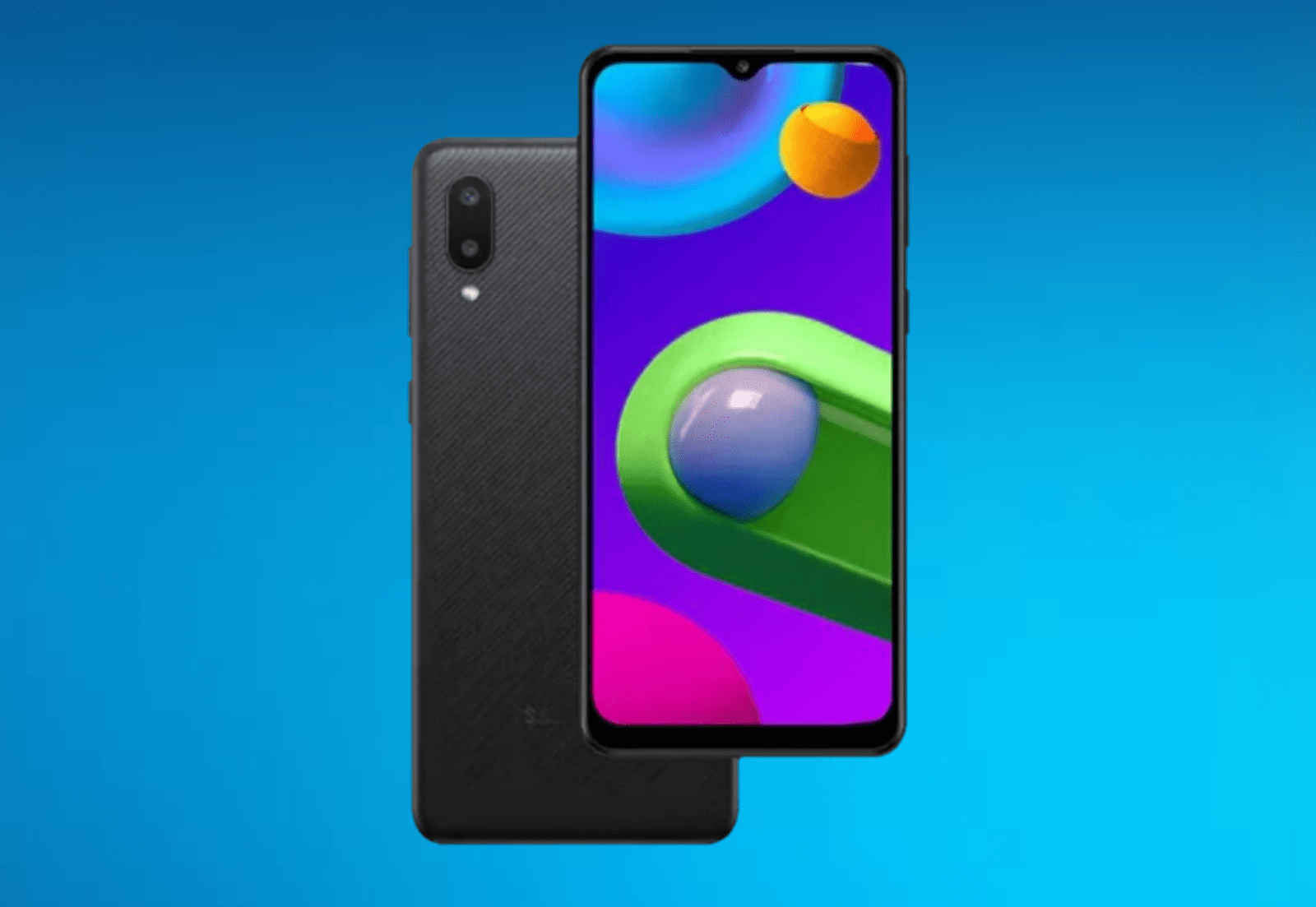 The Samsung Galaxy M02 features a 6.5-inch HD+ LCD Infinity-V display with a resolution of  720 x 1600 pixels. Its body is made of polycarbonate with patterns on the back so it doesn’t attract fingerprints and provide comfortable grip.

It is powered by 1.5GHz quad-core MediaTek MT6739W processor with PowerVR Rogue GE8100 GPU and runs on One UI Core 2.x based on Android 10. It has up to 3GB of RAM and 32GB of onboard storage which can be expanded up to 1TB via the dedicated microSD card slot.

The handset packs a 5,000mAh battery which supports standard 10W charging. There is dual-rear camera setup at the back with a 13MP primary lens and a 2MP macro sensor while on the front you get a 5MP shooter. Connectivity options include dual 4G VoLTE, single-band WiFi, Bluetooth 5, GPS + GLONASS, 3.5mm headphone jack and micro USB port.

The Samsung Galaxy M02 price starts at Rs 6,999 for the 2GB + 32GB storage variant while the 3GB + 32GB will cost Rs. 7,499. It comes in four colour options- Black, Blue, Gray, Red and will be sold from 9th February onwards through leading offline retail stores, Amazon, and Samsung India online store. As an introductory offer, Samsung will offer a Rs 200 discount on Amazon for a limited time.

Google to now offer additional context about your search results

Too expensive. On sale days Poco C3's 3GB variant is offered for ₹6999 with Helio G35. Here they are asking ₹6999 for 2 GB ram with weaker processor.