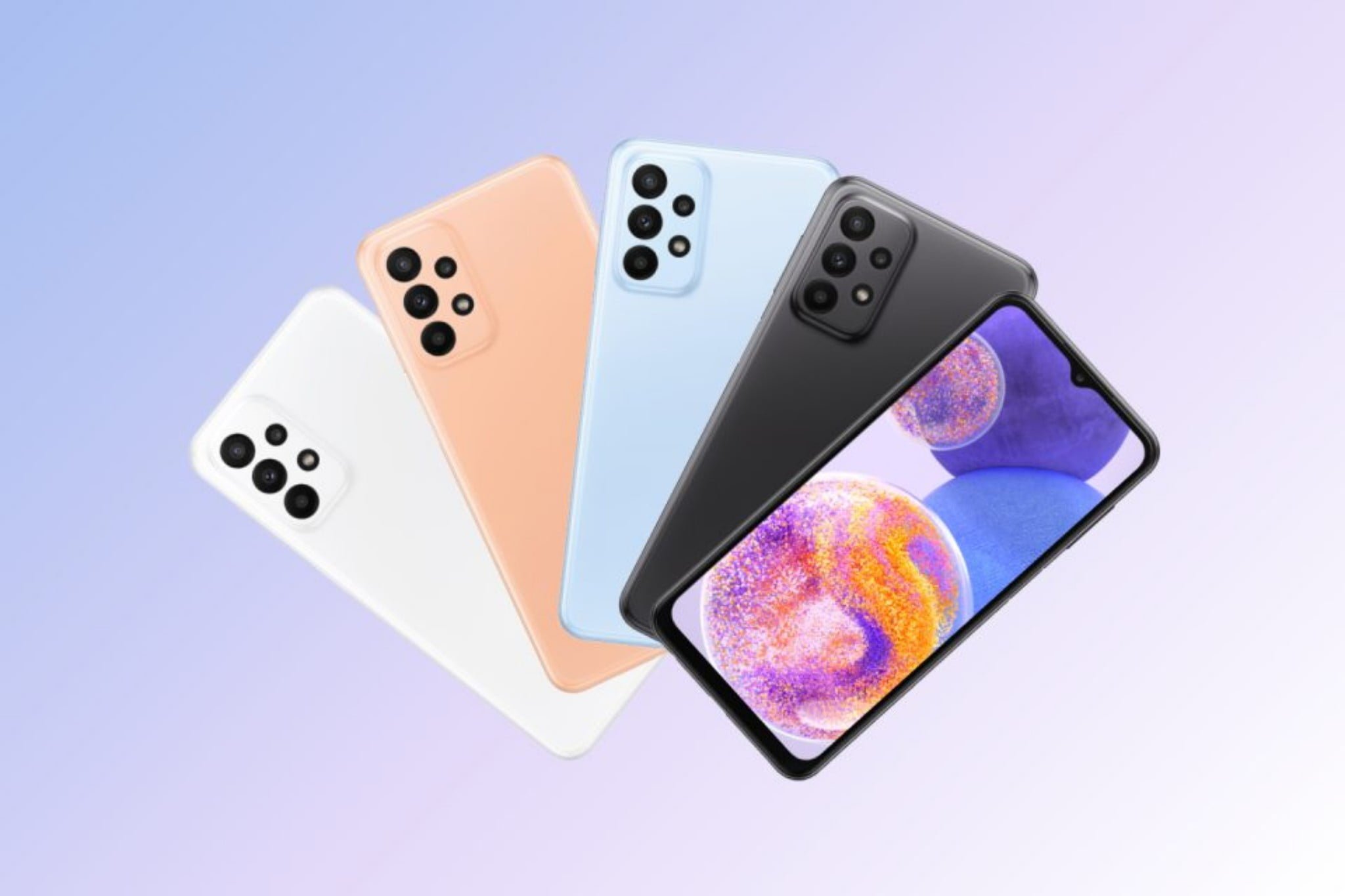 Samsung has announced new smartphones in its mid-range A-series and M-series handsets. The Galaxy A13 and Galaxy A23 are 4G devices while the Galaxy M23 and Galaxy M33 have 5G support. The company is yet to reveal the pricing for these phones.

Samsung Galaxy A13, A23 Specifications

Both Galaxy A13 and A23 are identical except for storage configuration and processor. They feature a 6.6-inch TFT Infinity-V full-HD+ display with 1,080 x 2,408 pixels resolution, 20:9 aspect ratio, standard 60Hz refresh rate and Corning Gorilla Glass 5 protection.

In terms of optics, there is a quad rear camera setup consisting of a 50-megapixel primary sensor, 5-megapixel ultra-wide lens, 2-megapixel macro and depth cameras. For selfies and video calling you get an 8-megapixel camera on the front.

It packs a 5,000mAh battery that supports 25W fast charging and is equipped with a side-mounted fingerprint sensor, Samsung Knox security. It is expected to boot on One UI 4.1 based on Android 12 and has a 3.5 mm headphone jack and USB-C port.

Similar to A-series smartphones, Samsung has not revealed the processor used in this handset. It is powered by an octa-core chipset that is said to be Exynos 1200 SoC. It will have up to 8GB of RAM and 128GB internal storage which is expandable up to 1TB via a microSD card.

The rear-facing quad cameras are with a square-shaped module on the top-left side. It has a 50-megapixel primary sensor, 5-megapixel ultra-wide lens, 2-megapixel macro lens and 2-megapixel depth camera. On the front, there is an 8-megapixel shooter.

The device comes with a big 6,000mAh battery, Samsung Knox security, and a side-mounted fingerprint sensor. It will be available in Green, Blue and Brown colour options.

This device as well is powered by an unknown octa-core processor which is likely the Snapdragon 750G. It is paired with up to 4GB of RAM and 128GB of built-in storage that can be further expanded up to 1TB via a microSD card.

All phones have a 6.6-inch TFT full-HD+ display and Knox security but Samsung is yet to reveal the pricing.