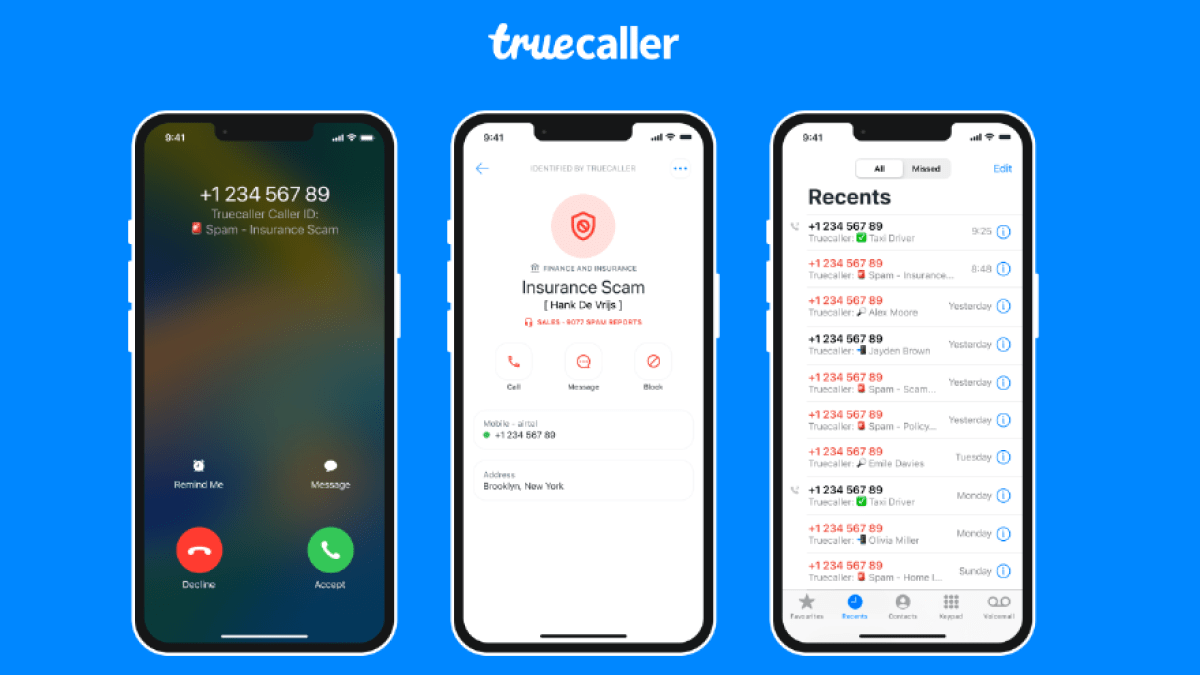 Truecaller has released a new version of its iOS app that brings new features and improvements, including ten times better spam and business call detection over the previous version. The latest version of the app has been completely rewritten and is said to be lighter, faster, and more battery efficient, even on older iPhone models. The company also highlighted some upcoming features that will be available for iPhone users in the near future.

“We’ve been innovating within Apple’s platform to bring users more powerful features like Call Alerts and a convenient search extension. Our new totally rewritten iPhone app is now on par with our Android app when it comes to identifying spam & verified business calls,” said Alan Mamedi, Co-founder and CEO of Truecaller, in a blog post.

The latest Truecaller app is designed to take better advantage of the Apple Callkit API and comes with enhanced Caller-ID and improved protection against spam and scam calls. According to the company, the app is now up to 30 percent smaller in size and 50 percent faster on most iPhone models, including the iPhone 6s.

The app also features a redesigned search extension that allows users to see who called them by tapping on the Share Contact button and the selecting Search via Truecaller. The new Premium purchase flow feature includes easier feature comparisons for paid subscriptions.

Truecaller is also working on new features for iPhone users, including significant improvements to SMS filtering and spam detection. The upcoming version will include a redesigned number look-up widget that will help users to search for unknown numbers even faster.

The updated Truecaller app (version 12.2) is now available for iPhone users and requires iOS 14 or later as the minimum requirement.

Now, you can also make video calls from Truecaller:

Swedish company Truecaller has announced its integration with Google's video calling app Duo. After this integration, users will be able to make video calls directly via the Truecaller app on Android. For iPhone users, Truecaller works with the same integration as Duo.
The company said that users will be able to make high-quality video calls globally.
Talking about the new change Rishit Jhunjhunwala, VP, Product, Truecaller, said, "Sometimes voice and text just aren't enough and nothing beats the experience of communicating face to face. We're very excited to announce the next step in delivering a one-stop communication platform for Truecaller users globally. By having a fantastic partner like Google, we can provide a high-quality video experience to millions of users using Google Duo."