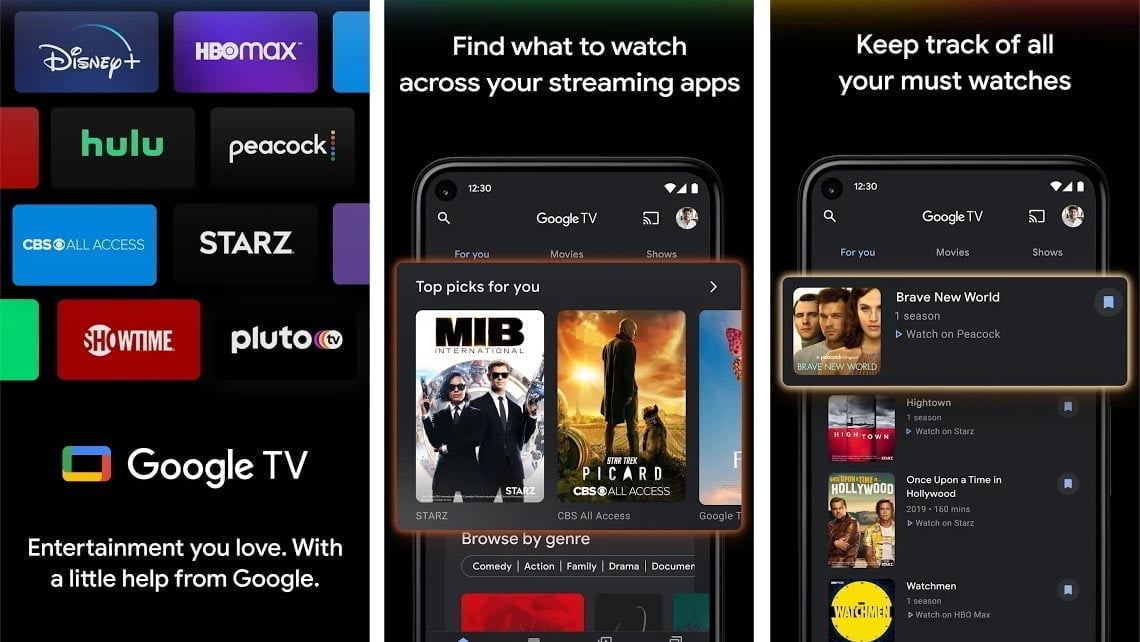 Similar to the Apple TV app, the new Google TV app is a central hub for video offerings and various streaming services, including Amazon Prime Video, Disney Plus, Netflix, YouTube TV, Hulu, HBO Max, Starz, Crackle, Showtime, and more. Users can also browse and search for movies and TV episodes from across their streaming apps all in one place, organized into topics and genres.

Google TV app includes a new Shop tab that lets users buy or rent movies and TV shows. Purchased contents are stored in the library and can be downloaded to view offline. There is also a new watchlist feature. When a user searches for a movie or a TV show on Google via any browser, a watchlist button appears on the right-side information box, and clicking on that button adds the content to the watchlist. The watchlist is shared between all the signed-in devices, and on the Google TV app, it can be accessed through the watchlist tab.