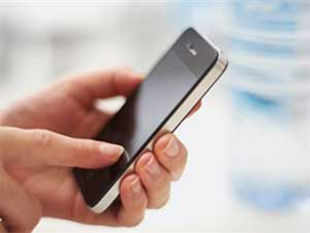 In a bid tap into the growing mobile advertisement market, Tata Teleservices will soon start offering subscribers free voice minutes for viewing ads on their handsets before making calls.

It has tied-up with a few companies to show their ads, a move that will add to Tata Tele revenues. The company will launch the service in partnership with mAdcall pvt ltd, a sister concern of Astute systems.

'GET', a mobile advertising application will be available on the GSM as well as CDMA networks (Docomo and Indicom brands) and is compatible with Android, Java, Symbian and Blackberry. The application can also be accessed over Wi-Fi and Tata Docomo Internet.

Tata Tele has over 63 million subscribers across India. The application enables video advertising on mobile and users can choose when or where they want to view a video commercial on their phone.

A company official said: "Users will be offered free voice minute, per advertisement viewed on their Docomo data enabled handset, for both pre-and post-pay customers."

He added mobile users opting for the service will not be charged for data while using Tata Docomo Internet.

The advertisement will play on the handset without buffering on 2G, 3G or CDMA network.

"Users will be instantly rewarded with one minute of local or national talk-time for each advertisement viewed," the official said.

It is the first operator to launch this application on GSM and CDMA technology in India, he added.

According to a recent report by Internet and Mobile Association of India (IAMAI) and IMRB International on digital advertising, Rs 105 crore were spent on mobile ads in 2011-12.

The report said the number of active mobile Internet users had reached 48 million by March 2012 and as a result, advertisements placed on mobile phones and tablets are increasingly becoming commonplace.

The company is of the view that the application will benefit advertisers as they will get accuracy in data, as to who watched the video and when.

"The mobile users are not offered any ads if they are trying to make emergency calls, given the nature of the call being made. Also no ads are offered while making calls to toll free numbers, international calls or while in roaming in off-network locations," the official said.

How Tata Tele will come to know that subscribers are really watching ads or just kept handset...

Tata to stop it's steel business with Russia