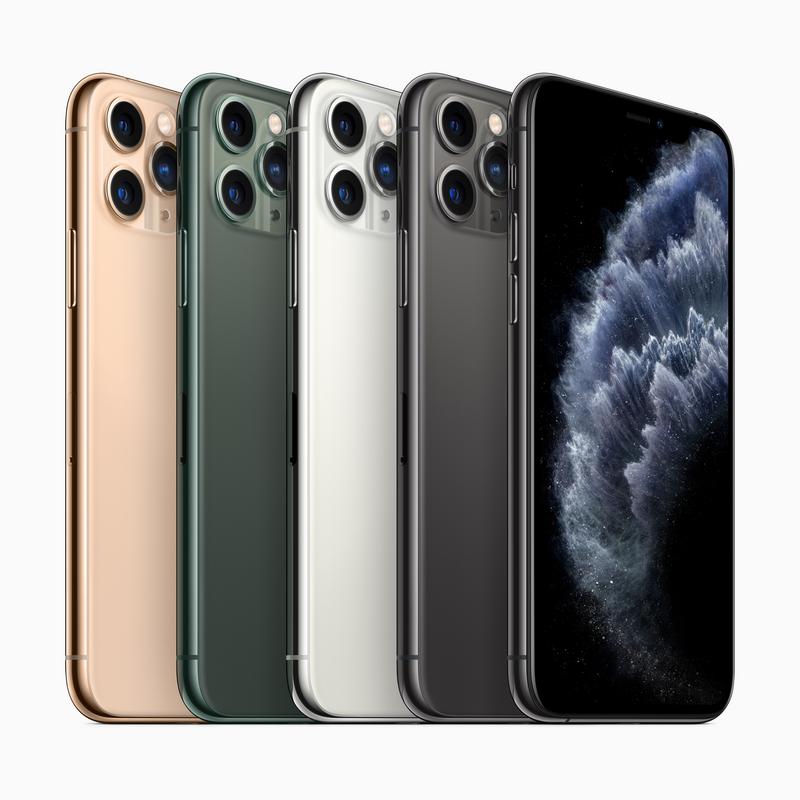 Apple on Tuesday announced iPhone 11 Pro and iPhone 11 Pro Max, the new pro line for iPhone. They feature the new Super Retina XDR display which is the brightest display ever in an iPhone along with A13 Bionic chip and improved battery life.

iPhone 11 Pro and iPhone 11 Pro Max comes with a 5.8-inch and 6.5-inch Super Retina XDR OLED display respectively with textured matte glass and stainless-steel design. For durability, Apple said that these devices feature the toughest glass ever in a smartphone and are rated IP68 for water resistance up to 4 meters for up to 30 minutes.

Apple claimed that A13 Bionic is the fastest chip ever used in a smartphone to provide unparalleled performance and features up to 20% faster CPU and GPU than A12. A13 Bionic is built for machine learning, with a faster Neural Engine for real-time photo and video analysis, and new Machine Learning Accelerators that allow the CPU to deliver more than 1 trillion operations per second.

The front camera of these devices packs a 12 Megapixel sensor with support for Smart HDR, 4K video recording up to 60 fps and slow motion videos up to 120 fps.

The new Apple-designed U1 chip uses Ultra Wideband technology, the first ever in a smartphone, for spatial awareness. Both phones run on iOS 13 that brings features like dark mode, Sign in with Apple, expanded Haptic Touch support, and an all new Maps experience.

Online Recharge now possible through self care for Railwire Broadband