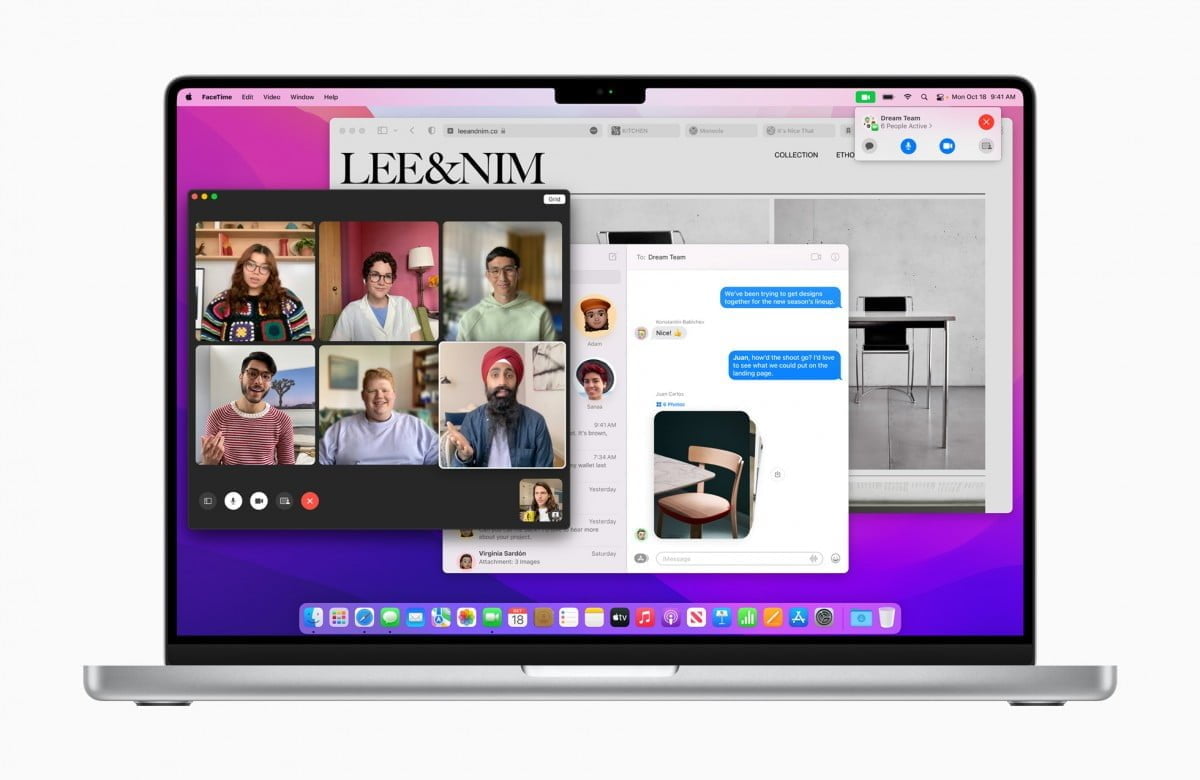 macOS 12 Monterey, the latest operating system for the Mac line of computers was released late Monday night. The latest OS does not bring in a new facelift like its predecessor – macOS Big Sur. Instead the latest OS brings small, but subtle tweaks to the interface, while also bringing in new features, like a redesigned Safari and a few handy features such as Universal Control, Focus, and Shortcuts. The latest upgrade is free to anyone with a compatible Mac running on Apple silicon or Intel processors.

Content hide
1. FaceTime
2. Universal Control and AirPlay
3. New features in macOS from iOS
4. Other Features
5. How to Download

macOS 12 Monterey introduces exciting new features to FaceTime, Apple’s popular video calling app. The first is SharePlay, which allows users to listen to music, watch movies or TV shows, and more together over a FaceTime call. This feature on FaceTime also went live for the latest iOS and iPadOS versions coinciding with the latest macOS release.

FaceTime now also supports Spatial audio in chats along with a fresh Grid View which automatically adjusts according to the participant who is speaking for easier understanding for everyone. The latest upgrade also introduces a new feature called Voice Isolation, which reduces most of the background noise along with Wide Spectrum that lets the full range of sound to come in.

Announced in June during Apple’s WWDC conference, the new Universal Control feature allows users to drag and drop files with a single mouse and keyboard between a Mac and an iPad. This works only when the devices are side by side, and the OS will automatically figure which device to connect to when you move the mouse to the edge of the screen.

To further enhance connectivity between devices, AirPlay to Mac finally allows users with an iPhone or iPad to share content to a Mac. This does not impact the ability to share content between other AirPlay connected devices.

New features in macOS from iOS

macOS Monterey also brings in quite a lot of features that are already present on iOS and iPadOS. Two such features are Live Text and Visual Look Up. Live Text detects text in photos, including phone numbers, websites, addresses, and more, and it can be searched for, copy/pasted, or interacted with. Visual Look Up can detect animals, art, landmarks, plants, and more in photos and helps users learn more about them. Visual Look Up seems to have a subset of features found with the more advanced Google Lens.

The new macOS’ Shortcuts feature works similar to the mobile and tablet OS counterparts, helping automate tasks on a Mac machine, like the Tasker app available for Android phones on the Play Store. Users also have the ability to edit these Shortcuts to suit their own tasks and needs.

Safari has also been updated with a brand new UI and increased privacy protections. Users can enjoy a cleaner interface with the long overdue Tab Groups feature that helps save and mange multiple tabs under a single title. Like the walled garden ecosystem of Apple, Tab Groups will also seamlessly synchronise across all Apple devices connected to an iCloud ID to ease workflow.

The latest OS also brings in Focus, which are custom do not disturb profiles that you can create for different occasions, activities, or time of the day to only get personalised notifications.

macOS Monterey comes a free upgrade to all eligible Mac machines, which includes the likes of iMac (late 2015 and later), MacBook Air (early 2015 and later), and Mac mini (late 2014 and later). Users can either check the Mac App Store for the update, or can check it out in the Software Update section of System Preferences. People who have enabled the option to install automatic updates will get the update automatically.

Apple has released macOS Monterey 12.3, the third major update to the ‌macOS Monterey‌ operating system that launched in October 2021. ‌