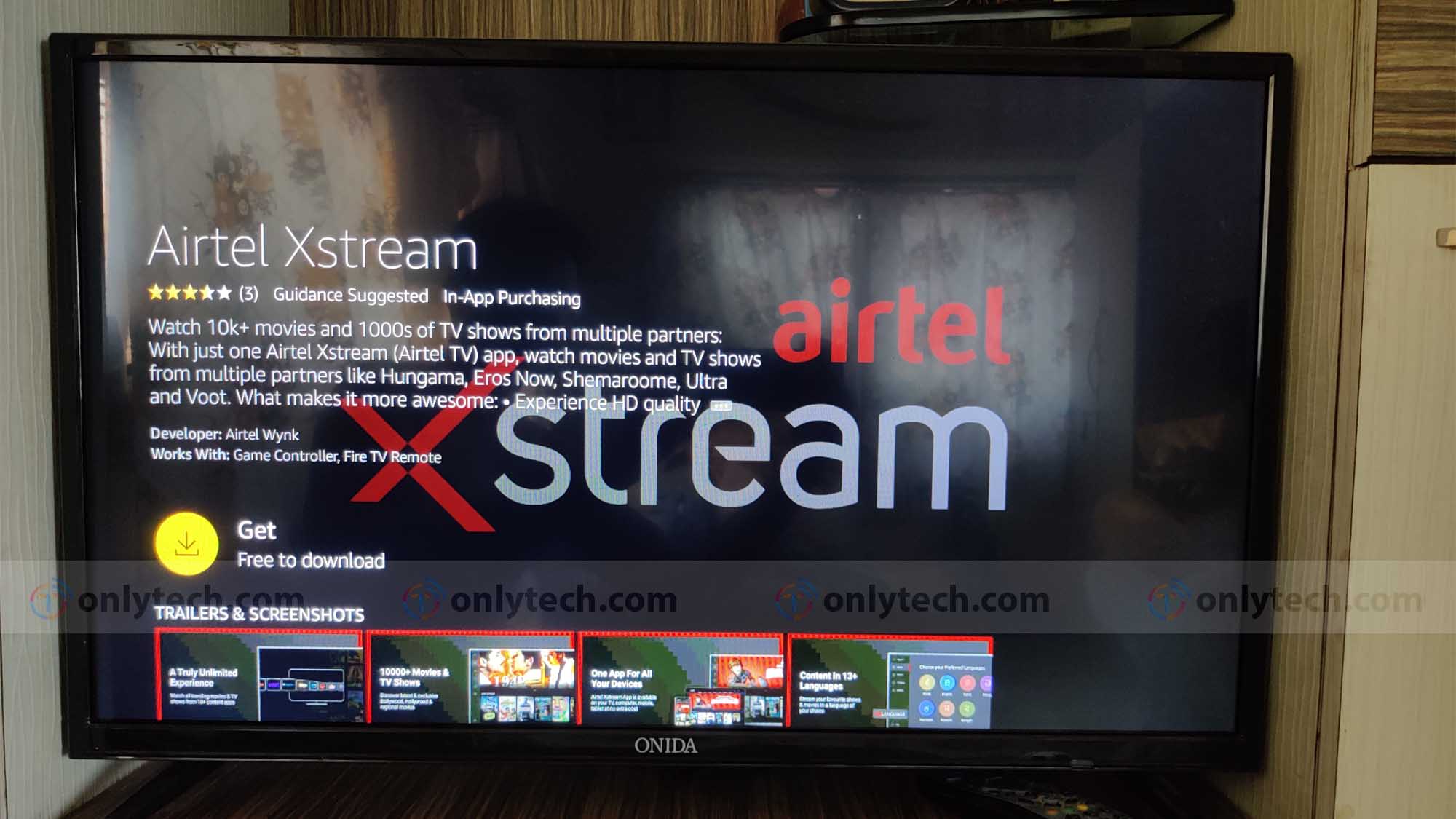 Almost 5 months after Airtel Xstream (earlier Airtel TV) app debuted on the play store of Android TV making it available for viewers to watch its content on the big screen for the first time, Airtel has now expanded the availability of its Airtel Xstream App.

Airtel Xstream App has today arrived on Amazon Fire TV Stick which will now allow Fire TV users to stream the content from the app on their stick. You can head over to the Fire TV Stick App Store and search for ‘Airtel Xstream’. The app will work with game controller and Fire TV Remote and install it by clicking the ‘Get’ button.