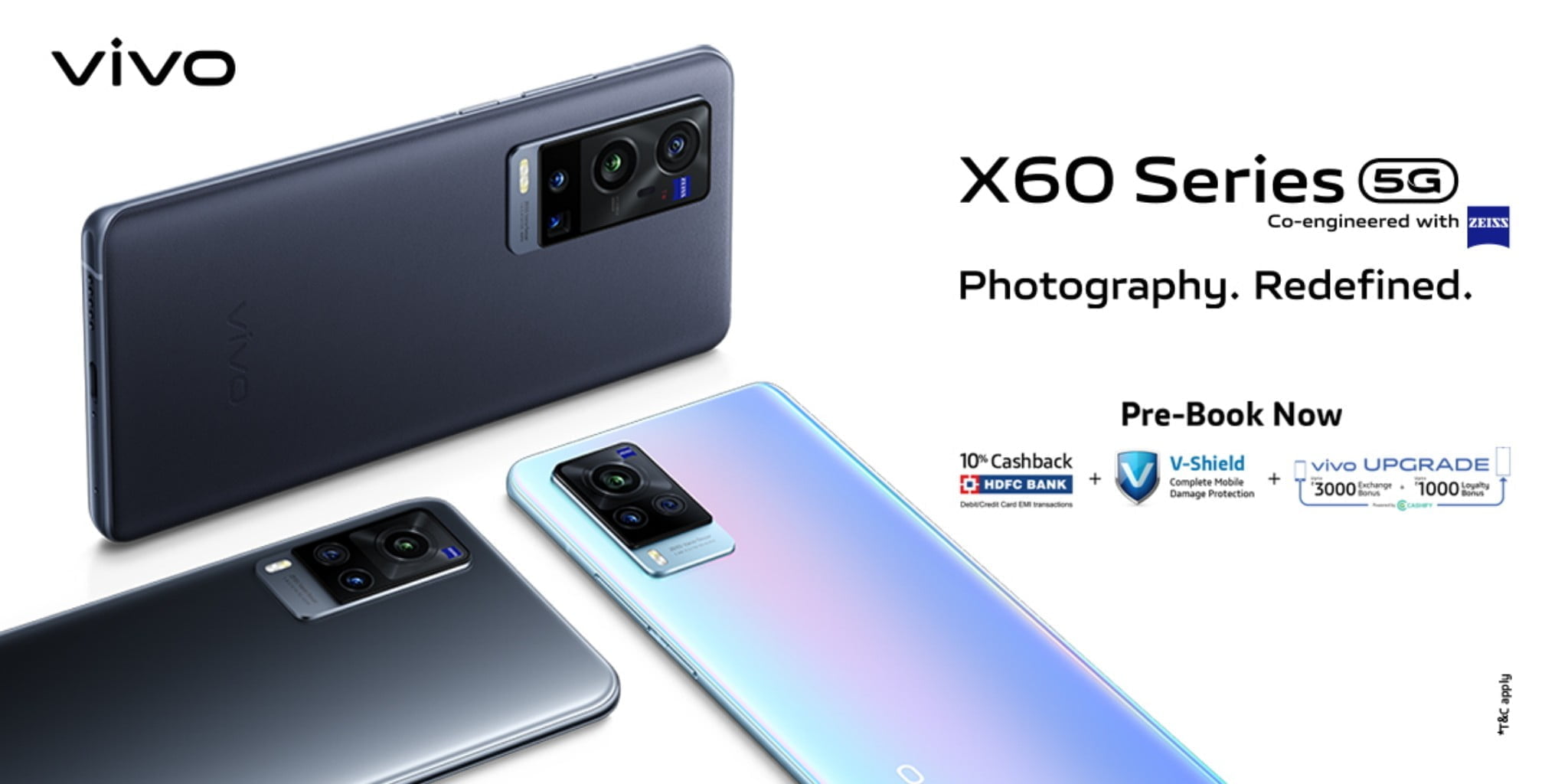 They are powered by the Qualcomm Snapdragon 870 SoC paired with Adreno 650 GPU, up to 12GB LPDDR4X RAM, and 256GB UFS 3.1 type non-expandable storage. The X60 series has Virtual RAM technology that uses 3GB of internal storage to increase the effective RAM of the phone.

In terms of camera, the Vivo X60 and X60 Pro feature a triple-camera setup at the back, with a 48MP +13MP +13MP camera combination at the back. On the front, there is a 32MP sensor for selfies and video calling.

Vivo X60 series pre-booking in India starts from today itself i.e. March 25th and will be available for purchase from April 2nd onwards. Vivo has announced some pre-booking offers under which it will provide 10 per cent cashback on HDFC Bank Debit, Credit cards and EMI transactions, Vivo Upgrade programme, and V-Shield complete mobile damage protection.