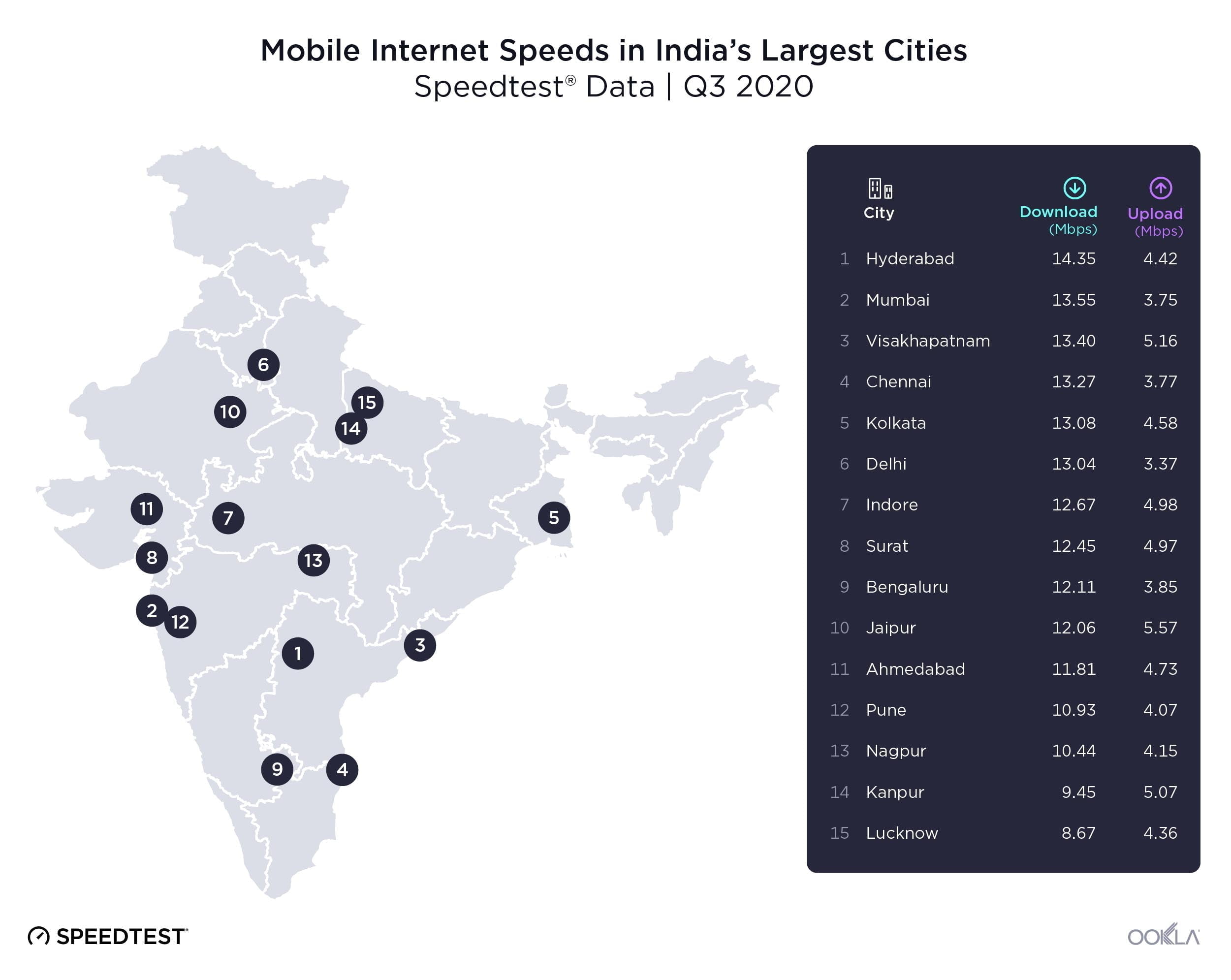 Vi India has emerged as the fastest mobile operator over 4G in India during Q3 2020 with the fastest mean download and upload speeds according to Ookla Speedtest Data with Airtel in the second position and Reliance Jio a distant third.

According to the Ookla report, GIGAnet is said to have the highest download and upload speeds in Maharashtra, Uttar Pradesh, Gujarat, West Bengal, Delhi, Kerala, Rajasthan, Madhya Pradesh, Chhattisgarh, Jharkhand, Sikkim, Assam and other states of North East, Vi stated in a release.

GIGAnet is also said to have topped the speed charts in key 120 cities including Ahmedabad, Lucknow, Jaipur, Indore, Rajkot, Agra, Kochi, and the metro cities of Mumbai, Delhi NCR, and Kolkata among others.

“Our network helps us be a champion of Digital India, enabling us to power the hyper-connected needs of the digital consumers. GIGAnet from Vi is aworld-class network with the largest spectrum portfolio, huge capacity, and built on many principles of 5G architecture, enabling the delivery of a superior network connectivity and digital experience for individual and enterprise customers. This recognition by Ookla is a validation of our concentrated efforts to build a future ready network with investments in latest technology deployments and the world’s largest network consolidation.”

Hyderabad has the highest internet speeds among India’s largest cities

Ookla looked at country-wide averages for mobile download speeds across all cellular technologies in 15 most populous cities in India during Q3 2020. Hyderabad had the highest mean download speed over mobile at 14.35 Mbps, followed closely by Mumbai at 13.55 Mbps and Vishakhapatnam at 13.4 Mbps.