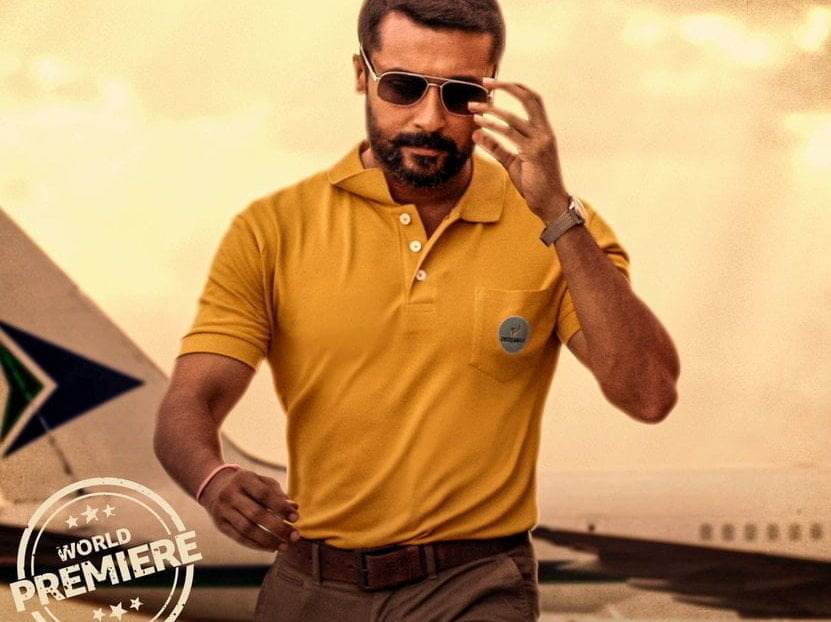 The film inspired by the life of Captain GR Gopinath, a retired army captain and his struggles in founding the low cost airline Air Deccan. The film also stars Aparna Balamurali, Mohan Babu, Paresh Rawal in prominent roles. The film was supposed to release in theatres in April, which was called off due to on going pandemic. The film will join the likes of Ponmangal Vandaal, Penguin which had their exclusive premieres on the platform.

Producer and actor Suriya said, “The moment I heard the script from Director Sudha, I was sure it has to be told and I wanted to produce this film under 2D Entertainment. Essaying Capt. Gopinath’s character came to me as a challenge, but we are very proud of our final product! I am glad that audiences across the world will be able to watch “Soorarai Pottru”, on Amazon Prime Video from their homes in these unprecendented times. This film is our labour of love and I am happy that it will now entertain the global audience.”

Vijay Subramaniam, Director and Head, Content, Amazon Prime Video India, said, “Following the overwhelming response, we received to the recently launched Ponmagal Vandhal we are excited to treat our audience with the global premiere of a highly-anticipated Suriya starrer Soorarai Pottru on Amazon Prime Video. G. R. Gopinath’s life and accomplishments have been an inspiration to many – and we thrilled to bring such an uplifting story to our audiences.”

Director Sudha Kongara shares, “Directing Suriya is a joy. He was my first and last choice for the role of Capt. Gopinath. Premiering the film on Amazon Prime Video is a novel experience and am looking forward to it. It’s exciting for a content creator to know that a wide variety of people are going to be watching this film, across the world.”

Soorarai Potturu will join the likes of V and C U Soon which were scheduled to release exclusively on the platform on September 4th and September 1 respectively. Prime Video in India is included with Amazon Prime membership which costs Rs129 monthly or Rs999 annually.