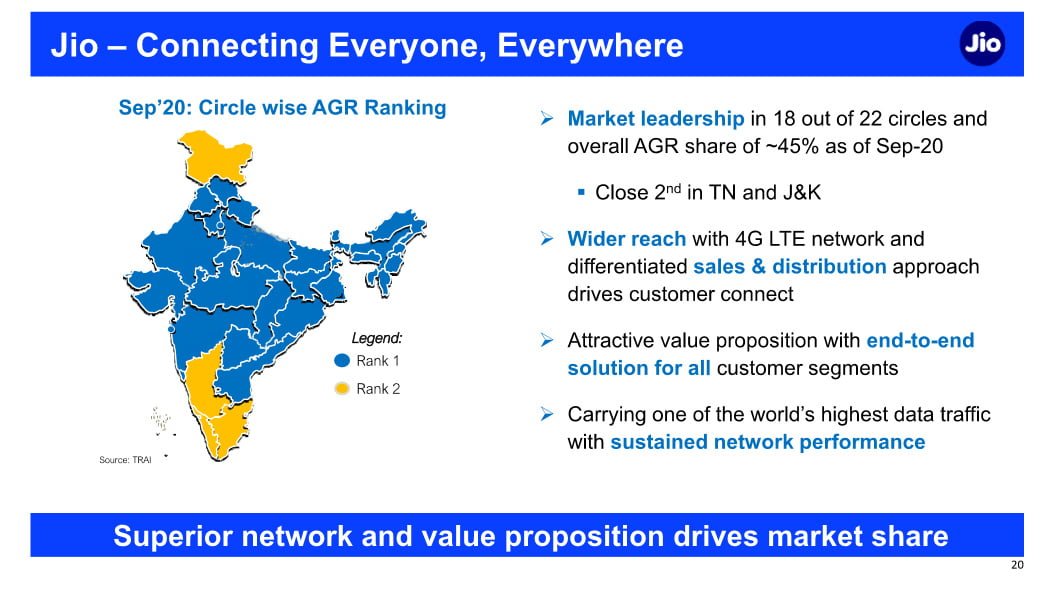 Reliance Jio attributed the market leadership to the wider reach it has with the 4G LTE network and differentiated sales and distribution approach driving customer connect while offering an attractive value proposition with an end-to-end solution for all customer segments. The company has carried out a sustained network performance with one of the world’s largest highest data traffic.