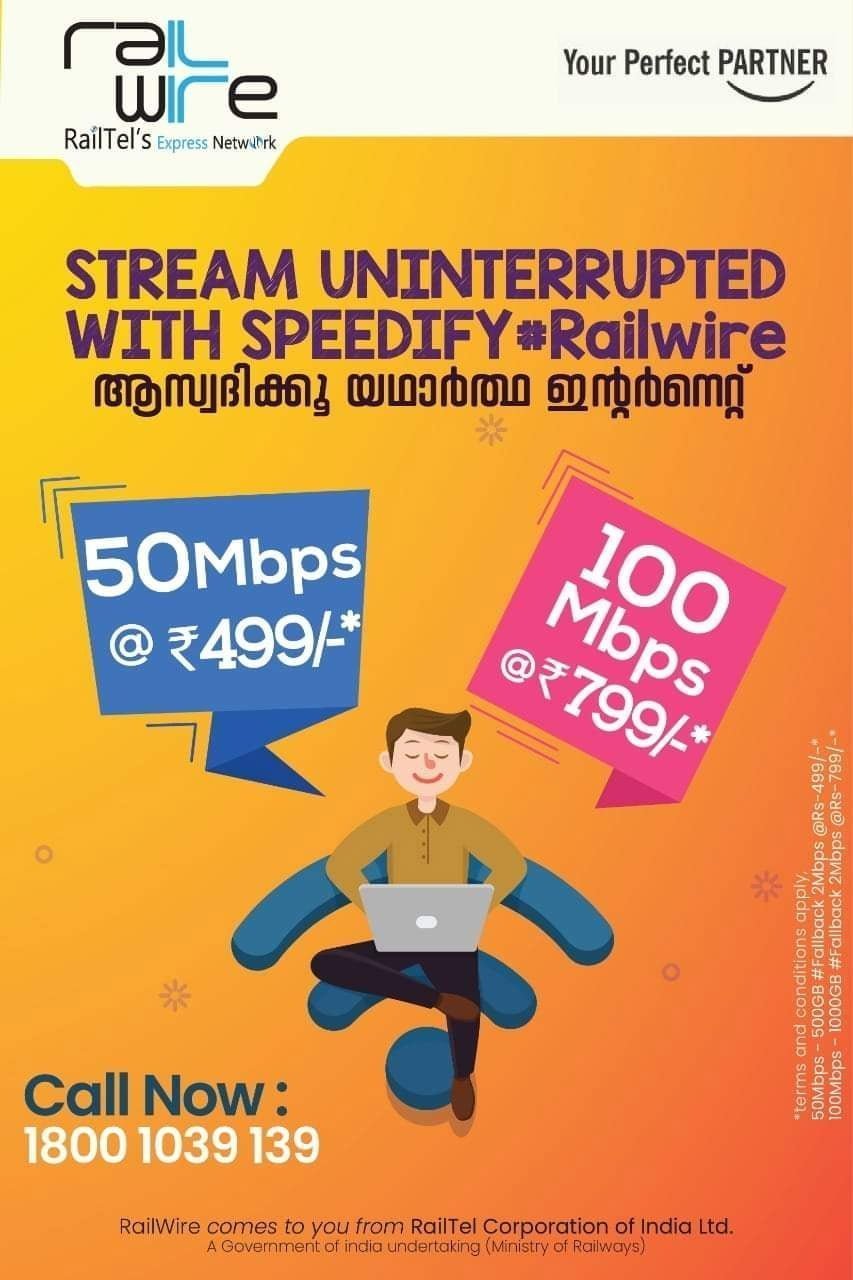 Railwire Broadband is now offering 1000GB high-speed data on its Rs 799 broadband in Kerala which offers an internet speed of 100 Mbps for its customers. The internet service provider has made few changes recently to its offering again after having updated its plans in the month of October.

Railwire has also launched a new broadband plan at Rs 799 offering 100 Mbps internet speed along with data benefits of 1000GB and a fallback speed of 2 Mbps.

Railwire back in October had upgraded its FUP plans along with unlimited internet plans to offer better data benefits to its customers in Kerala. It is currently unknown as to whether the company has made more changes in Kerala or not. Railwire had recently made major changes to its offerings across the country in response to the tariff onslaught by Airtel Xstream Fiber and Reliance Jio.