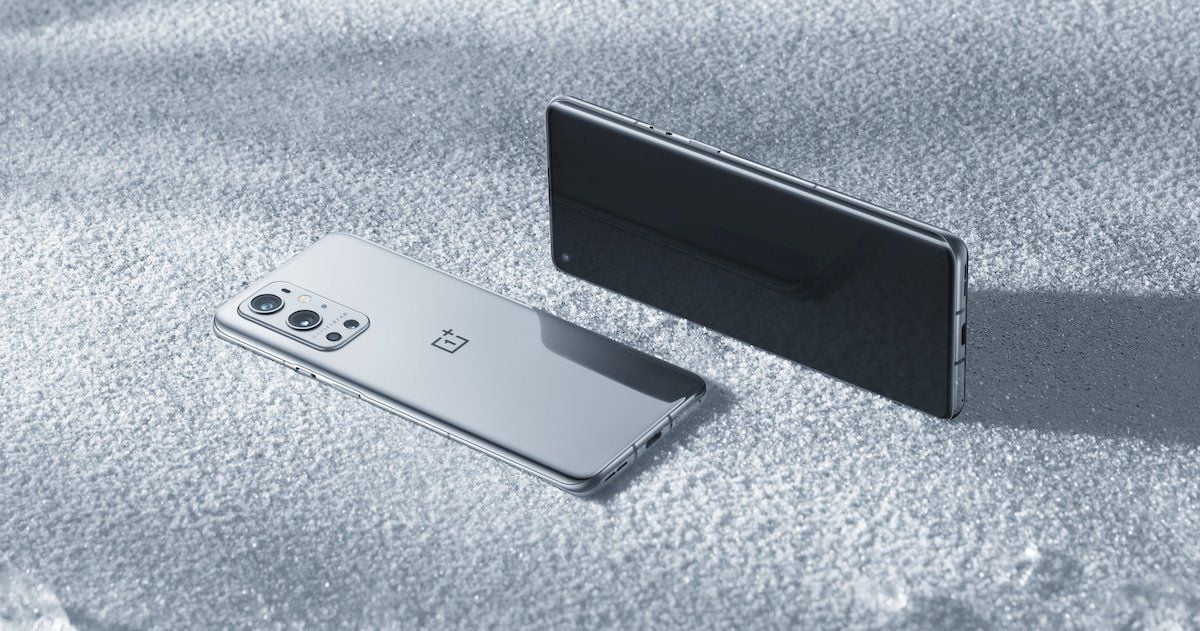 Every year, it’s a tradition for OnePlus to introduce its smartphones during the months of April or May. This year though, the launch event has moved up to end of March bringing with it three flagship phones – the usual OnePlus 9 and OnePlus 9 Pro, along with an India-focused, gaming oriented smartphone, OnePlus 9R. As seen over multiple leaks in the last few months, we’ve got a new camera system developed along with Hasselblad, LTPO AMOLED screens and a few more cool stuff.

After experimenting with various design styles with the 7 and 8 series smartphones, OnePlus returns to a minimal design with the launch of the OnePlus 9 Series, featuring what OnePlus calls its ‘Burdenless Design philosophy’. While all the three phones look very similar to the OnePlus 8T, the camera housing is changed. While it is still a rectangular housing, the two main cameras are highlighted bigger than the others, much like what every other smartphone manufacturer is doing this year.

The OnePlus 9 and 9 Pro feature Gorilla Glass 5 on the front and the back, but the frame on the 9 is a fiberglass-reinforced polymer frame – which should help with the weight – while the 9 Pro has an aluminum frame which gives the phone a premium feel. Not much is known about the frame used in the OnePlus 9R but it has a curved plastic back and a camera island like its pricier siblings. The OnePlus 9 Pro also gets an IP68 rating, which is missing from the other 2 phones in India. USA’s T-Mobile OnePlus 9 variant features the IP68 rating as well.

All three phones in this series feature AMOLED displays with 120Hz refresh rate. The OnePlus 9 and the 9R feature 6.55-inch FHD+ displays with a 20:9 aspect ratio, 1100 nits peak brightness and support for sRGB and DCI-P3 color space, the 9 Pro features a 6.7-inch QHD+ LTPO AMOLED display – which helps in better battery usage by the display – and an adaptive refresh rate, where it can go from 1-120Hz based on what is being shown on the screen at a time. The Pro model also comes with a 360Hz polling rate along with 10-bit display, MEMC – carrying over from the 8 Pro – and 1300 nits peak brightness. The 9 and the 9 Pro also feature HDR10+ support while the 9R lacks it.

The 9 and the 9 Pro are powered by this year’s latest Qualcomm chipset – the flagship Snapdragon 888, whereas the 9R is powered by the Snapdragon 870, which is a slightly higher-clocked variant of the Snapdragon 865. All three phones come with either 8 GB RAM and 128 GB Storage or 12 GB RAM and 256 GB UFS 3.1 Storage. It also features LTE, dual-band Wi-Fi 6, Bluetooth 5.2, and NFC along with dual-band GPS, A-GPS, Galileo, GLONASS, and Beidou for navigation. In India, the 9R comes with only one 5G band support, whereas the other two phones come with two 5G bands support.

The second camera is an ultrawide-lens with an aperture of f/2.2. While the 9R features a 16MP Sony IMX481 sensor with a fixed 123° Field-of-view, the pricier siblings come with a 50MP Sony IMX766 sensor with a freeform lens. The tertiary camera is a 2MP monochrome sensor, whereas the 4th camera is a 8MP f/2.2 3.3x telephoto lens on the 9 Pro backed by OIS and on the 9R it is the 5MP macro lens. The OnePlus 9 does not contain the fourth camera.

On the front, all three phones come with a 16MP punch-hole selfie camera on the top left corner of the front of the phone, with an f/2.4 aperture and support for EIS. The lens though is sadly the Sony IMX471 sensor, which has been used by the company on all its phones starting with the OnePlus 7.

More than the specs, the peculiar feature of the 9 and the 9 Pro is that the cameras are built in collaboration with Hasselblad. OnePlus claims that this will result in a better color reproduction when compared to the earlier generations due to the Natural Color Calibration profile provided by the Swedish camera company. The 9 Pro also features the new Hasselblad Pro Mode, yet another outcome of the collaboration which comes with a new UI based on Hasselblad’s image processing software. The mode gives users more control over the camera settings, including ISO, focus, exposure, and white balance adjustments. We are not sure whether the new Pro Mode is present on the OnePlus 9 or not, given that it also comes with the Hasselblad lens.

All three phones feature 4500 mAh battery and 65W USB-C charging through the proprietary Warp charger. The Warp charger on the 9 and the 9 Pro can also charge other devices through USB-PD or PPS at a maximum of 45W. This is sadly not seen on the OnePlus 9R. Additionally only the OnePlus 9 Pro features the 50W wireless fast charging support worldwide. The OnePlus 9R completely lacks wireless charging, whereas the 9 only features 15W Qi Wireless charging support in phones sold in USA or Europe, but not in China or India.

OnePlus hasn’t really mentioned anything about the availability of the smartphones in the country, but Amazon India has put up a banner stating sales for the Oxygen OS 11 powered OnePlus 9 Series smartphones starts on 31st March. We don’t know which phones will be a part of this initial sale.

Spectrum acquired through 2021 Auction can be used for 5G: Dhotre

Looks like OnePlus 9 will become Samsung flagship for India that has snapdragon processor. Camera bump, flat screen, OOS and others make it look like Samsung phone.

But, Max has denied this leak saying it is not accurate.