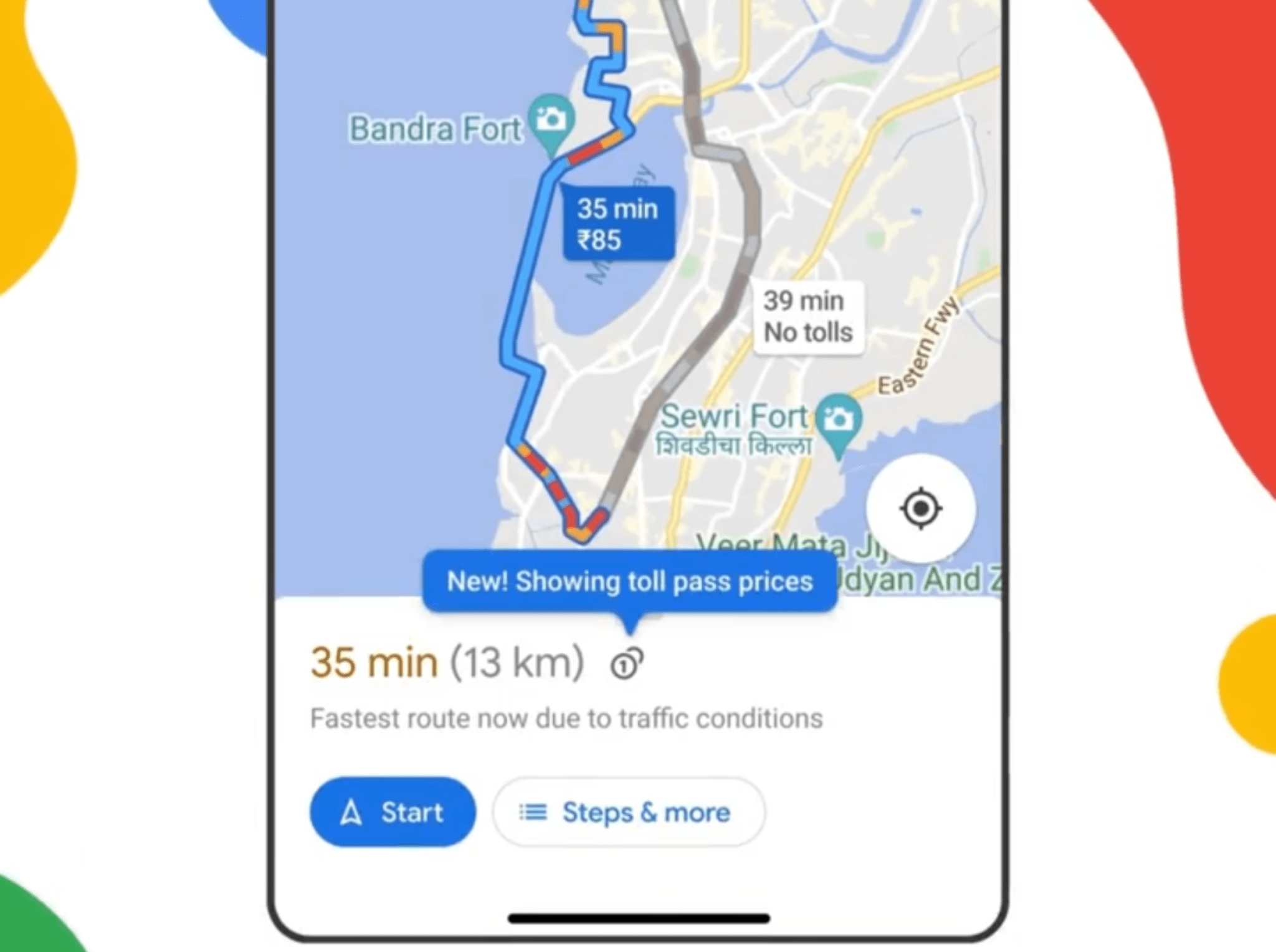 In April this year, Google Maps announced the ability to check toll prices in its app on Android and iOS. The tech giant has now started rolling out this feature for users in India and a few other countries.

Estimated toll prices are available for Android and iOS users in the US, India, Japan, and Indonesia. Google has collected toll pricing data for around 2,000 roads from trusted local tolling authorities themselves.

Before showing the estimated toll price, Google Maps will factor in information like the day of the week, the time at which you will cross the toll and whether users have a toll pass or not. Soon, Google will expand this feature to more roads and countries in future.

“You will have the option within settings to show toll prices with or without having a toll pass–as in many geographies the price changes based on the payment method you use,” wrote the company in a community post.

By default, Google Maps will show toll prices for people without a toll pass. Price for toll pass holders can be enabled by going to “Router Options”. To avoid tolls, users can toggle the “Avoid Tolls” option and Maps will recommend an alternate without any toll passes whenever possible.